The Skull and Bones Tomb, on High Street on the campus of Yale University, around 1903-1912. Image courtesy of the Library of Congress, Detroit Publishing Company Collection. 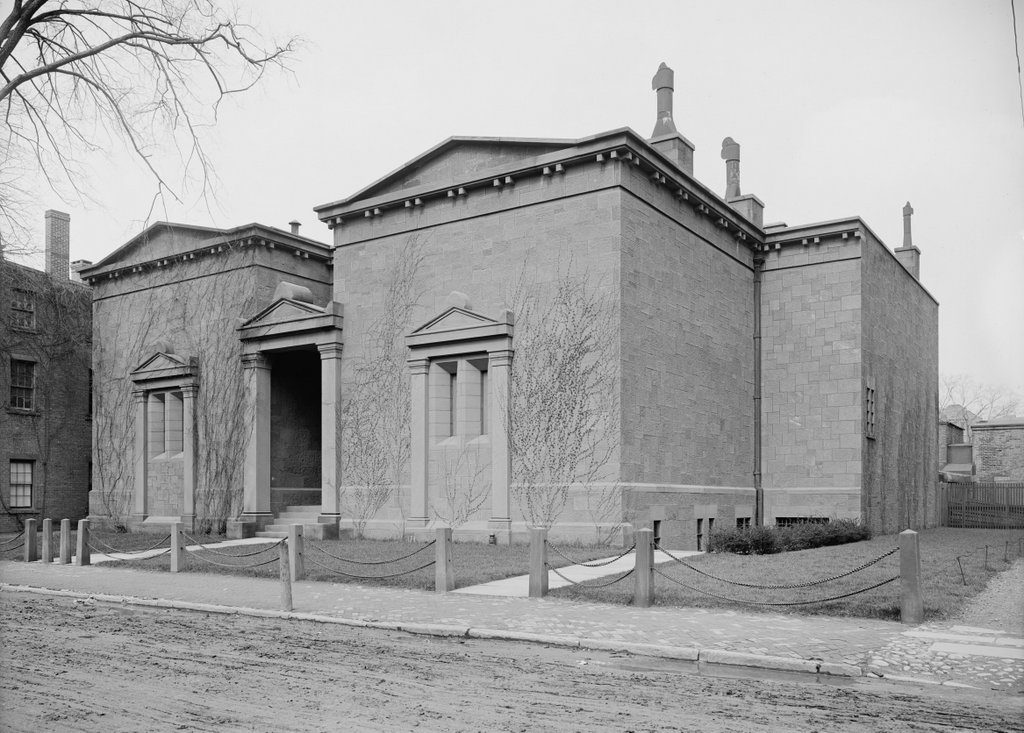 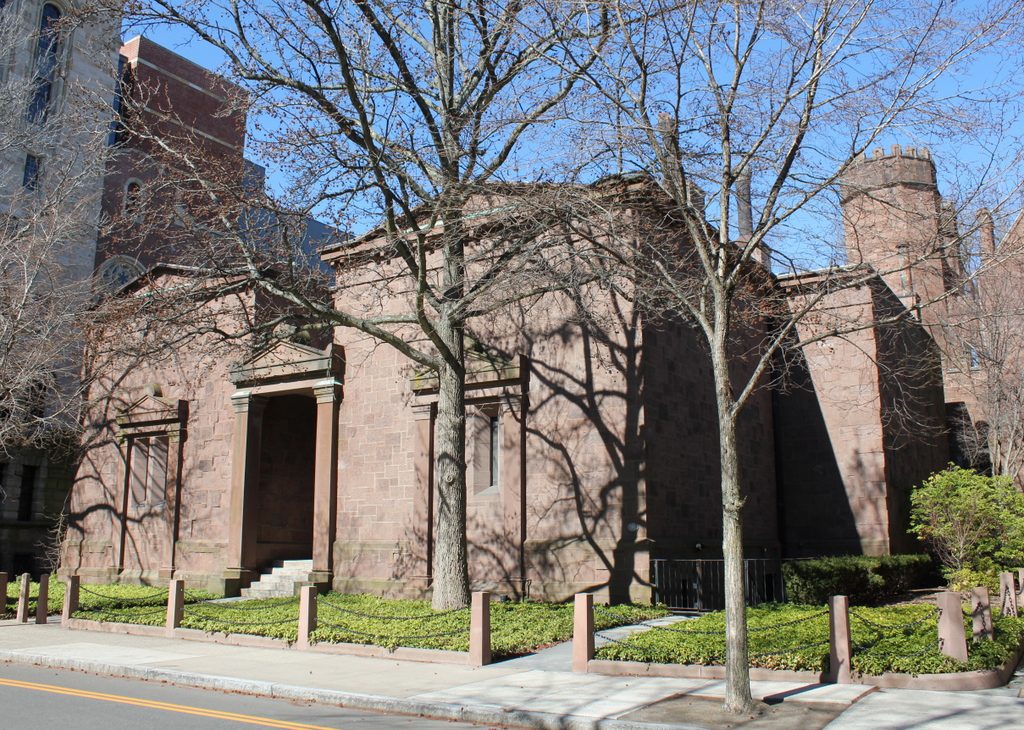 There are plenty of secret societies on college campuses across the country, but perhaps none are as famous, or mysterious, as the Skull and Bones at Yale. The society was founded in 1832 by William Huntington Russell and Alphonso Taft – father of future president and Supreme Court chief justice William Howard Taft – and  at the time it consisted of 14 Yale seniors. Each year, a new group of seniors was initiated into the Skull and Bones, which over time came to include some of the nation’s most powerful political figures. Alphonso Taft himself went on to have a successful career as Attorney General and Secretary of War during the Grant administration, and his far more famous son was also a member. Presidents George H. W. Bush and George W. Bush were also members, as was John Kerry, and other members have included a wide range of congressmen, cabinet members, Supreme Court justices, business executives, and other prominent leaders. This impressive membership roll, along with the group’s secrecy, has undoubtedly played a major role in the various conspiracy theories and other rumors surrounding the society.

Many of these rumors concern the interior of its meeting hall, which is said to contain, among other artifacts, the skulls of Martin Van Buren, Geronimo, and Pancho Villa. Appropriately known as the Tomb, the original part of the building was completed in 1856, on the left side of this scene. It featured a windowless, sandstone exterior that resembled an ancient Egyptian tomb, and was evidently designed by architect Alexander Jackson Davis, although other sources have credited New Haven architect Henry Austin with the design. The Tomb was subsequently expanded over the years, starting with an addition to the rear in 1883. Then, in 1903, it was doubled in size with a new wing on the right side that matched the design of the original section. The old front entrance became two narrow windows, and a new entrance was built in the middle of the two wings, as seen in the first photo.

Today, the Tomb is still standing, and still serves as the meeting hall for the Skull and Bones. Not much has changed since the first photo was taken more than a century ago, although the surroundings have. Immediately to the right is Weir Hall of the Jonathan Edwards College, one of the residential colleges at Yale. Not much of the building is visible except for the crenelated towers, which had once adorned Alumni Hall. Completed in 1853, and likewise designed by Alexander Jackson Davis, this Gothic-style building stood near the northwest corner of the old campus until 1911, when it was demolished to build the present-day Wright Hall. However, the towers were preserved, and were incorporated into the new building. Otherwise, the only noticeable change to this scene has been the construction of the adjacent Yale Art Gallery. This building, which is visible on the far left, was completed in 1928, and includes a bridge over High Street, located immediately to the south of the Tomb.