Brattleboro, Vermont, facing east from the corner of Main and Canal Streets around 1917. Image courtesy of the Library of Congress. 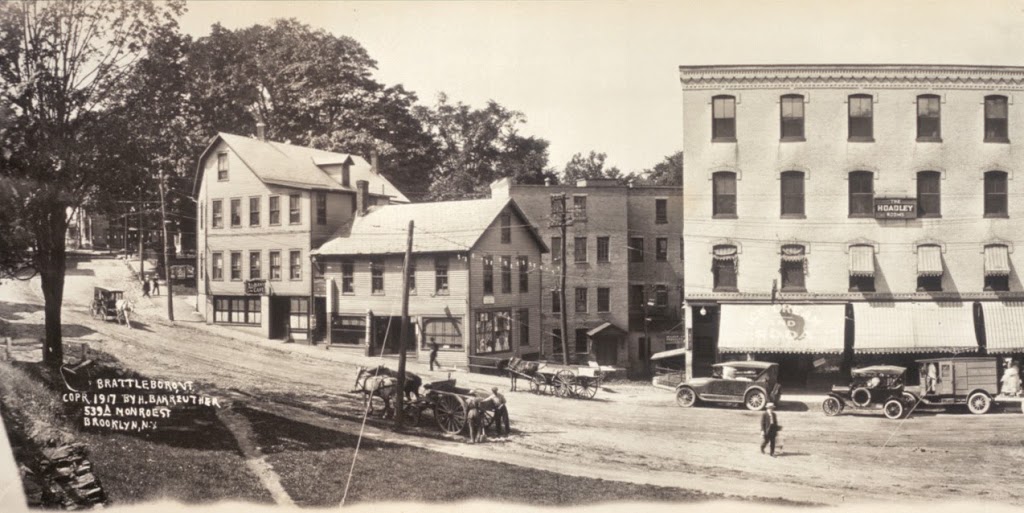 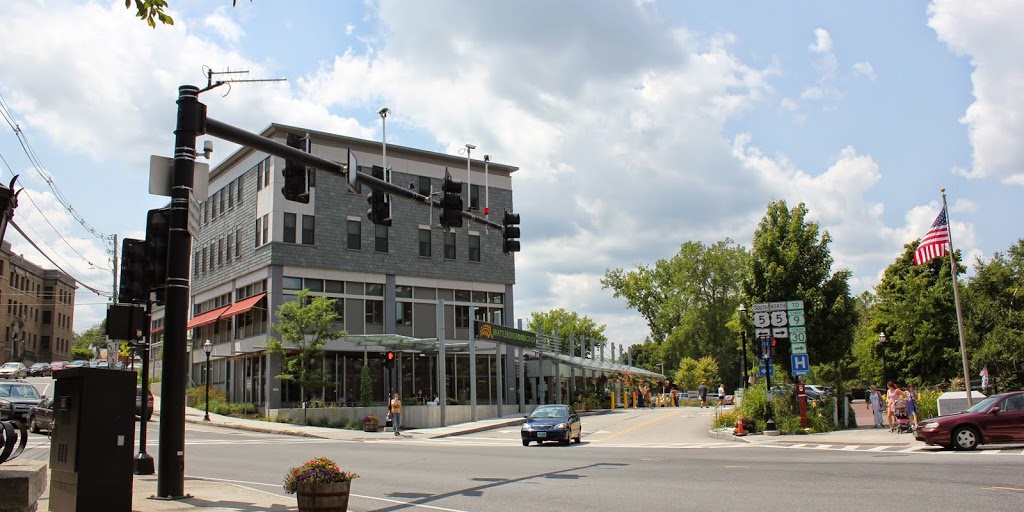 The 1917 photo provides an interesting contrast between old and new, with horse-drawn carriages making their way up and down Canal Street to the left, and modern automobiles parked in front of the Hoadley Hotel to the right.  All of the buildings are now gone, and today the site is home to the Brattleboro Food Co-op. 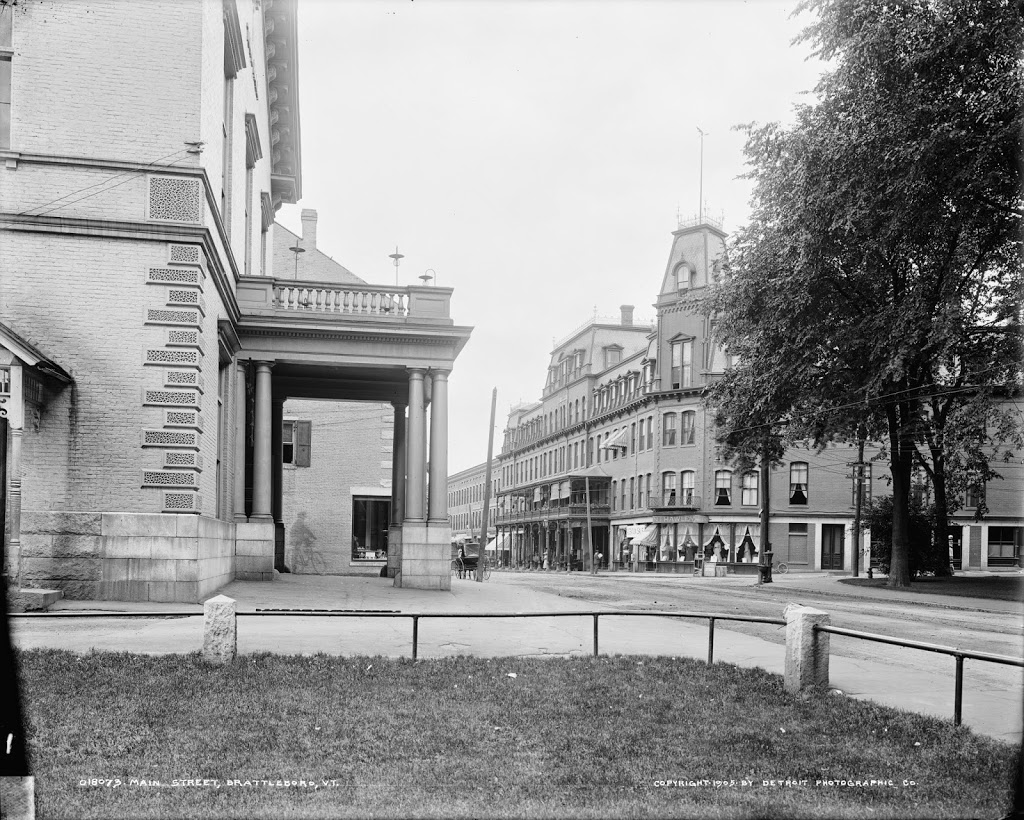 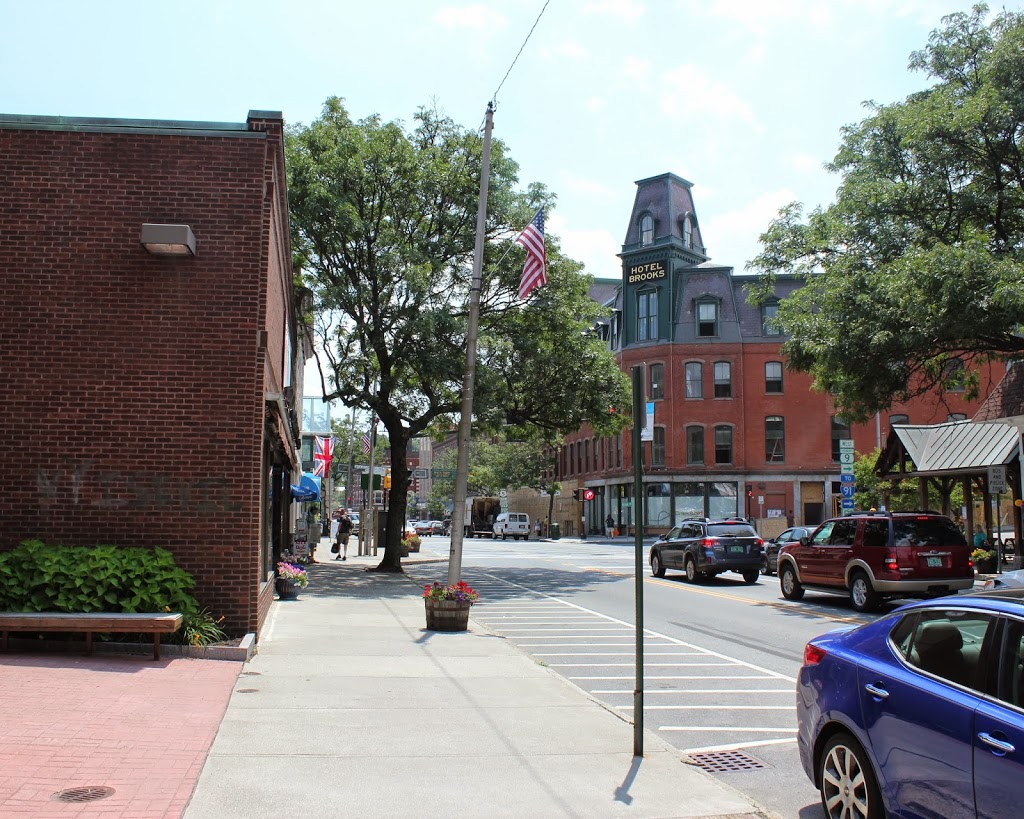 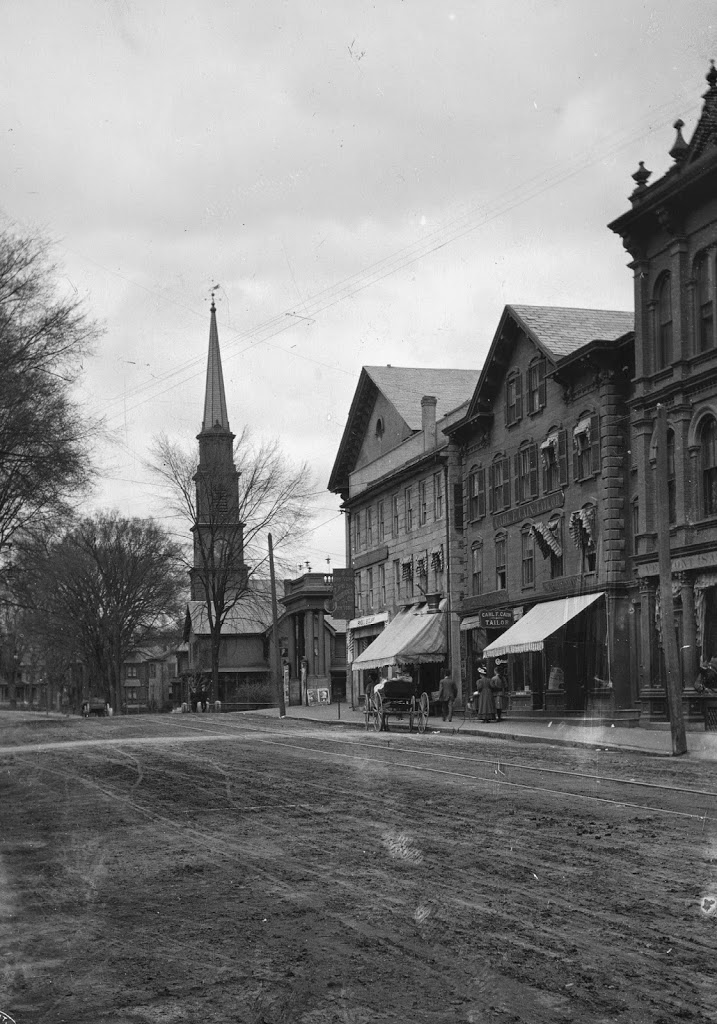 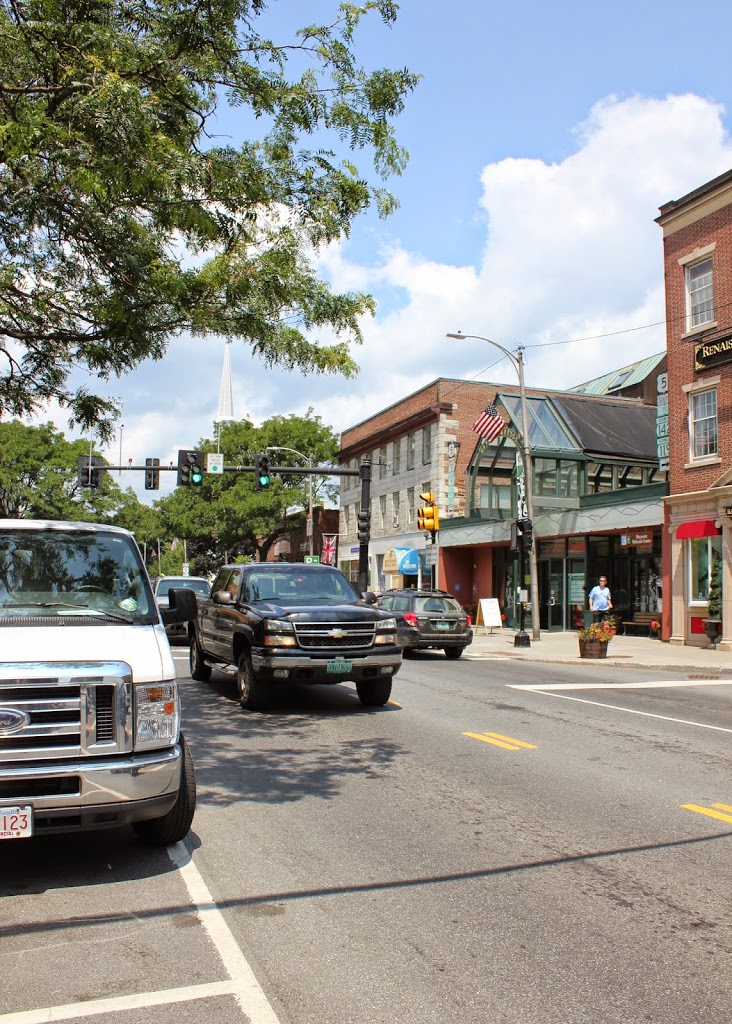 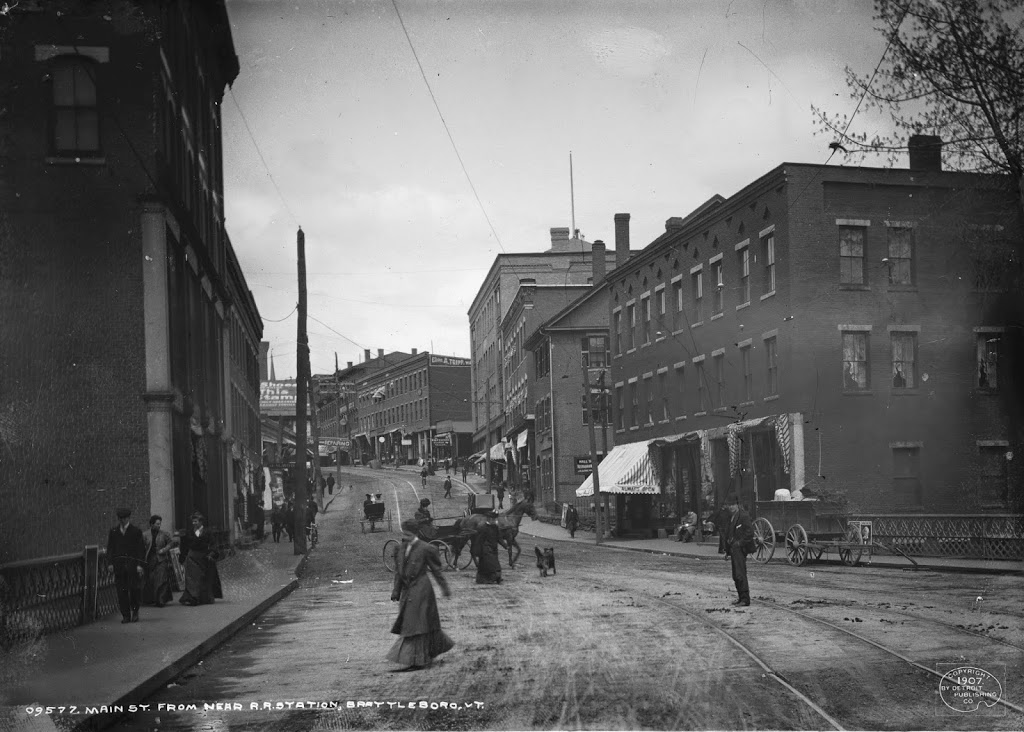 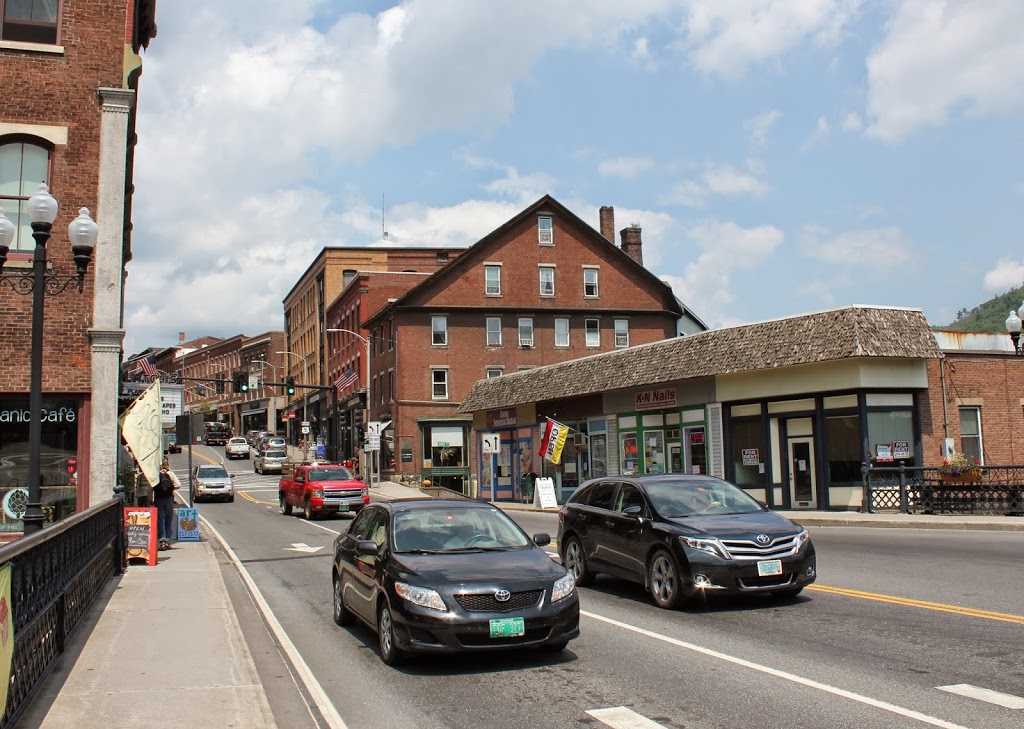 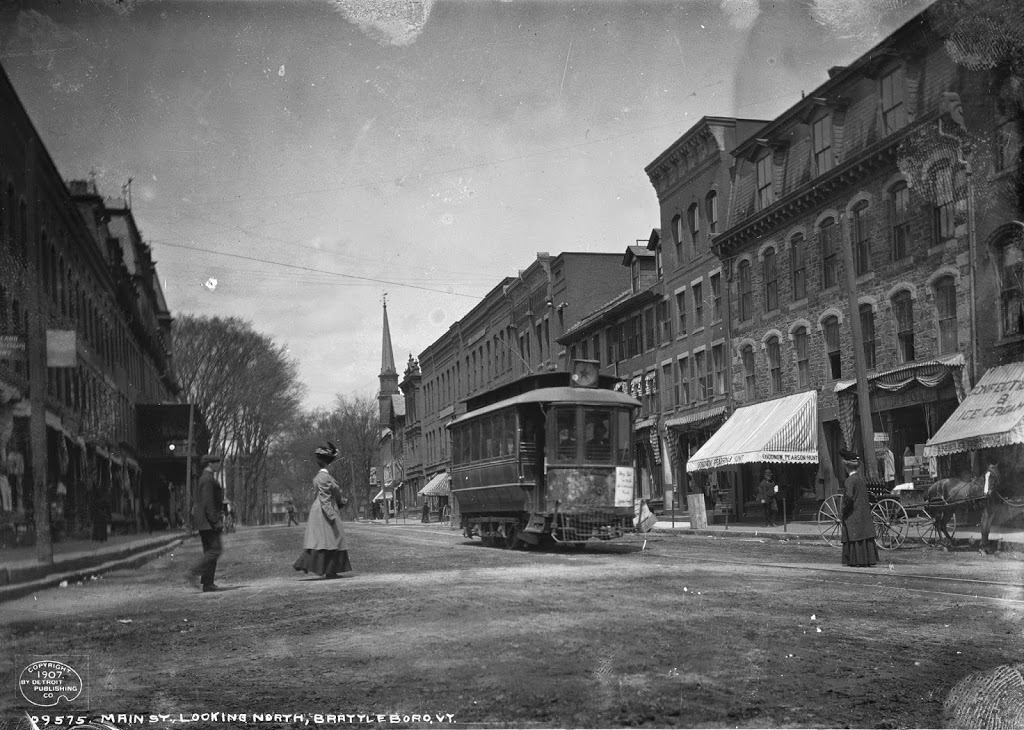 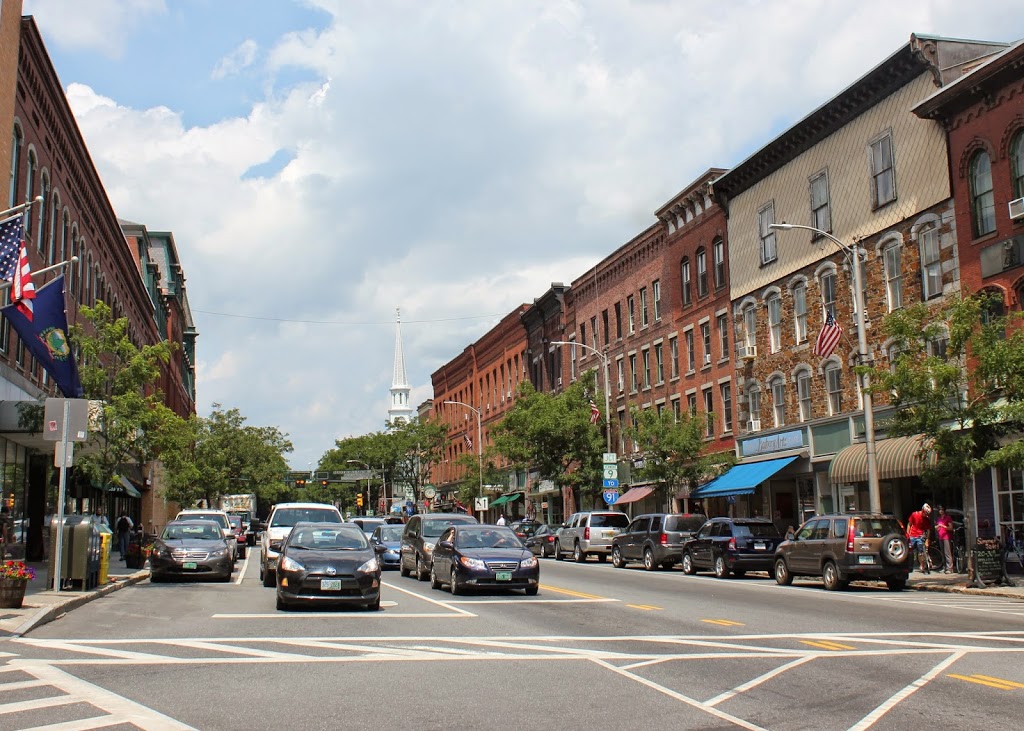