Main Street in Springfield, looking north between Harrison Avenue and Bridge Street, as it appeared around 1905. Image courtesy of the Library of Congress, Detroit Publishing Company Collection. 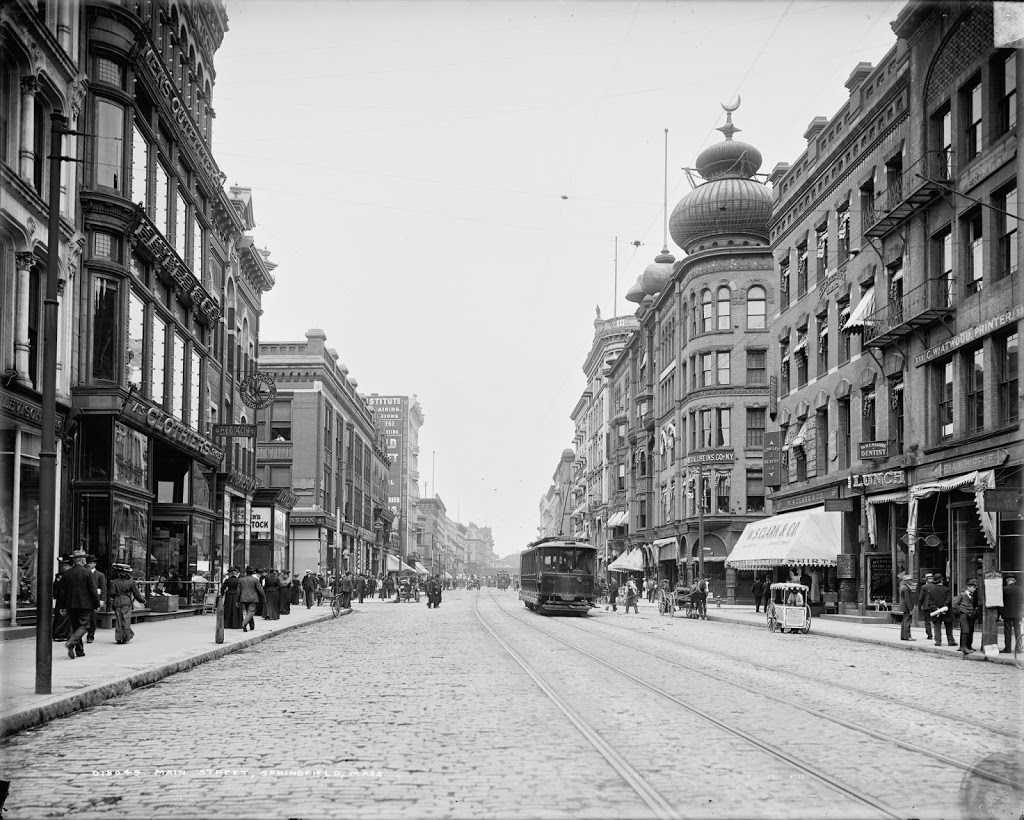 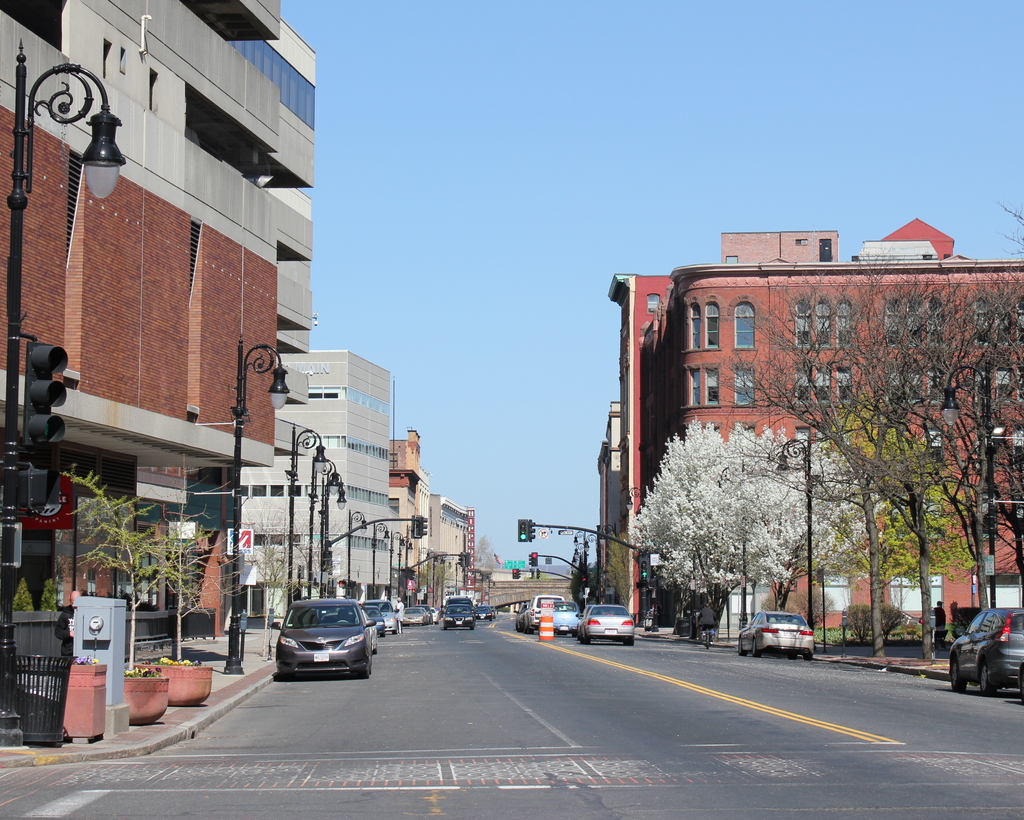 Not much is left from the 1905 view, but the building with the large onion-like decorations at the top is still there.  The roof ornaments are long gone, but the building itself, the 1887 Fuller Block, is the only easily recognizable structure from this scene that has survived.  The building on the far right of the 1905 photo is now the site of Center Square, and the left-hand side is now the parking garage for the Marriott.  Further down on the left, the nondescript former federal building replaced the building in the 1905 photo.