This photo, taken around 1908, shows the Miles Morgan statue on Court Square.  The statue itself was created in 1882, commemorating one of the early founders of Springfield, and is one of two notable statues dedicated to Springfield’s founders (the other, located next to the main library, is of my ancestor, Samuel Chapin). Image courtesy of the Library of Congress, Detroit Publishing Company Collection. 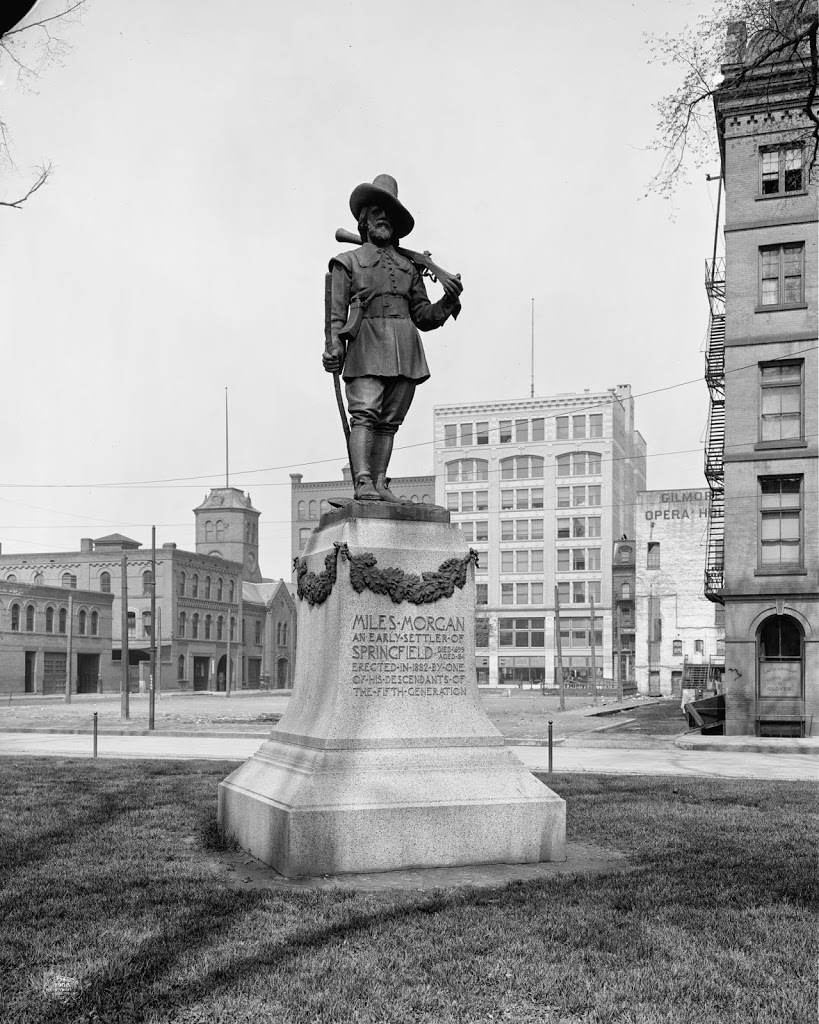 This photo, taken in June 2013, shows what the same scene looks like today. 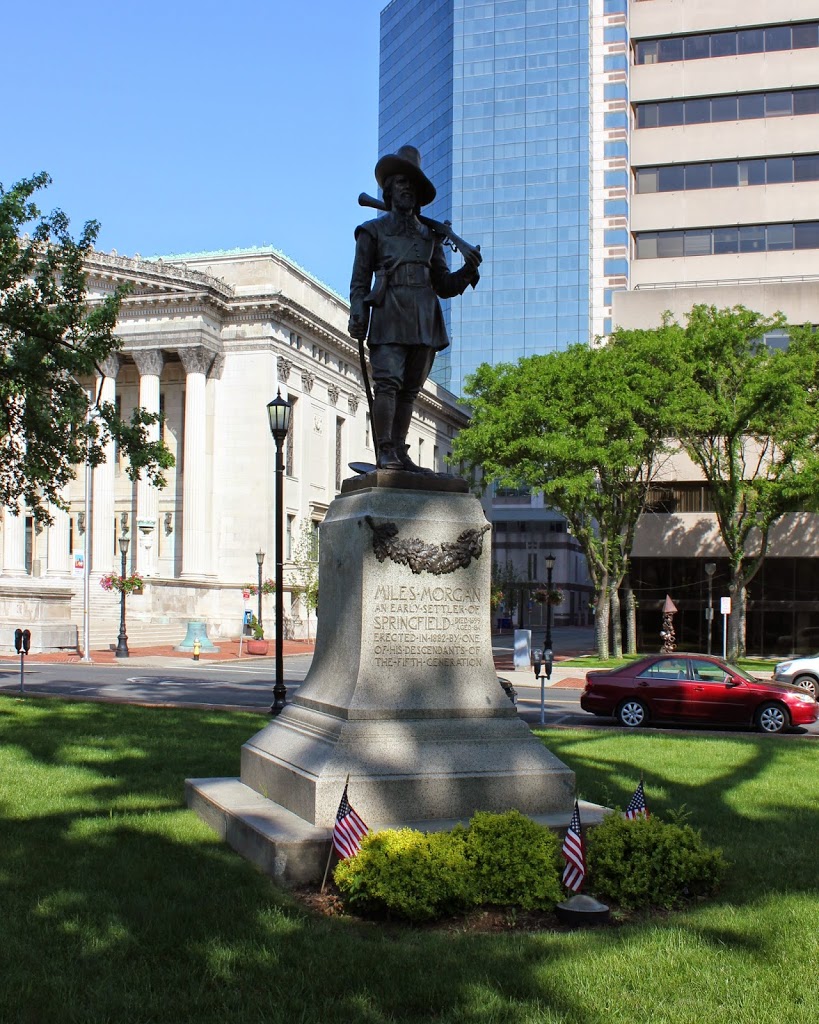 The statue remains, but everything else around it has changed; none of the buildings in the 1908 photo still exist today.  Most of the ones in the background are on the current spot of the Sheraton, and the vacant lot in the foreground is, of course, no longer vacant. Just a few years earlier, Springfield City Hall sat on that site, and within a few more years, the new Springfield City Hall would be built, as part of the Municipal Group that includes City Hall, Symphony Hall, and the Campanile Tower. The old city hall, though, was not intentionally demolished – on January 6, 1905, it burned down, and the alleged culprit was, of all things, a monkey that overturned a kerosene lantern. Like Mrs. O’Leary’s cow, this may or may not have been the case, but either way the outcome was the same, and Springfield ended up needing a new city hall. See this post for a view taken around the same time, but facing the other direction. For another once-prominent Springfield landmark, notice the white, nearly windowless building on the far right in the distance. The side of it reads “Gilmore Opera House.” Built in 1865, it became the Capitol Theatre in 1920, and it was demolished in 1972.