The northwest corner of Main and Court Streets in Springfield, around 1938-1939. Image courtesy of the Springfield Preservation Trust. 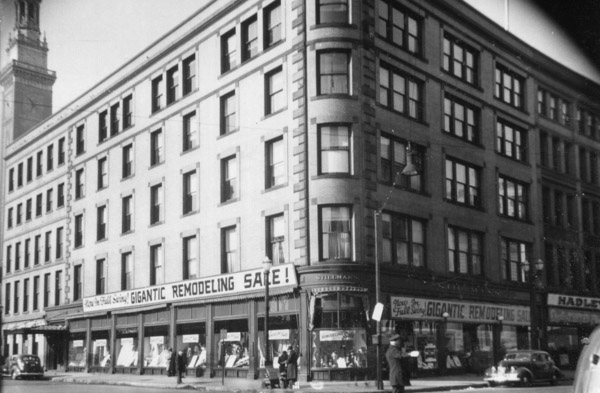 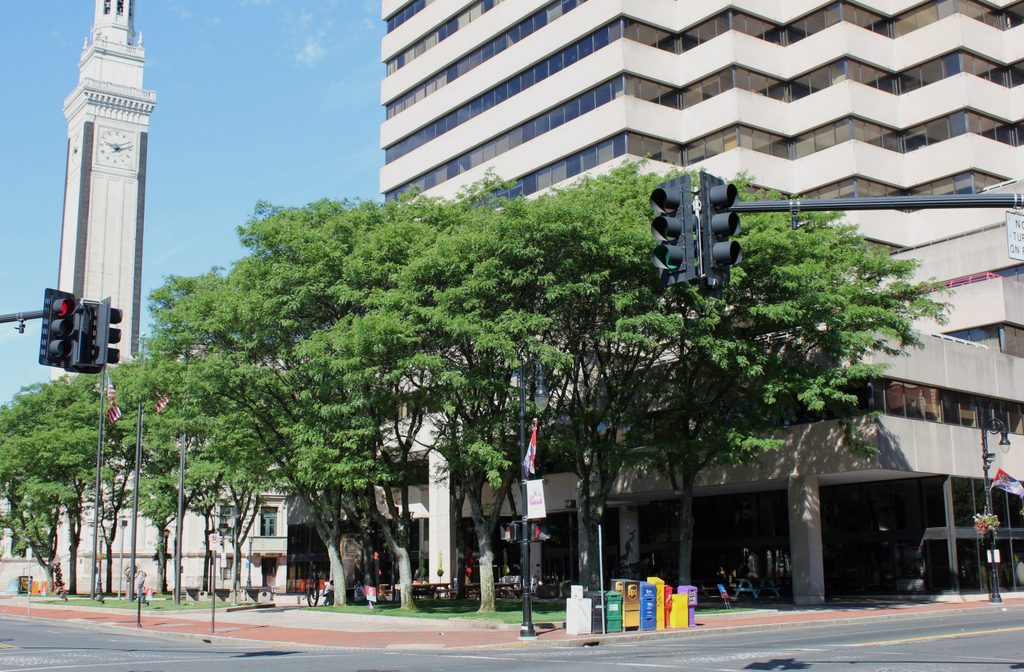 This site, on the north side of Court Square, has long been an important commercial property in the center of Springfield. Court Square itself was established in 1821, and a year later Erastus Chapin, the former owner of Parsons Tavern, opened the Hampden Coffee House here. This hotel offered accomodations for travelers as well as “the choicest liquors,” as advertised at the time, but Chapin had little success and later sold the business, moving to Albany and then to St. Louis. The property changed hands several more times, and the hotel later became the starting point for a stagecoach line run by Erastus’s younger brother, the future railroad and banking tycoon Chester W. Chapin.

The hotel was later known simply as the Hampden House, and its guests included Charles Dickens and his wife Catherine, who stayed here during their 1842 tour of America. Only 30 years old at the time, Dickens was already a prominent literary figure, and was a greeted as a celebrity almost everywhere he went. His subsequent book about his travels, American Notes for General Circulation, was an often scathing critique of American culture, but he made little mention of his stay in Springfield, other than to say that he took the railroad to Springfield, and then took a steamboat down the Connecticut River to Hartford.

The original Hampden House burned down in 1844, two years after Dickens’s visit, but the hotel was later rebuilt on the same site. This new building is seen in the 1930s photo here, but it was originally smaller with only four floors, as seen in an earlier post. It appears to have been competed sometime around 1858, with an advertisement proclaiming, “Hampden House. Redivivus. This new and elegant structure, reared upon the site of the original Hampden House, corner of Main and Court Sts., adjoining Court Square, is now open to permanent or transient guests, as a first class hotel.”

The building was used as a hotel for several decades, but starting in 1879 it was occupied by a long succession of department stores. The first of these, Smith & Murray, was established in 1879 by Scottish immigrants John M. Smith and Peter Murray, with their store occupying the ground floor and basement of the building. Just five years later, though, these “importers and dealers in foreign and domestic dry and fancy goods” were described in the 1884 King’s Handbook of Springfield as being “among the largest and most successful business houses of the city.” The store had already been expanded twice at that point, and by the turn of the 20th century it filled both this building and an adjacent one, with a total floor space of about 70,000 square feet.

John Smith died in 1898, but the company remained in business under the leadership of Peter Murray until it finally closed around 1915. The building did not remain vacant for long, though, and it went on to house department stores such as Poole Dry Goods Company, Stillman’s, and J.C. Penney. By the time the first photo was taken, the building had been significantly altered from its original mid-19th century appearance, with changes such as a fifth floor, new windows on the Main Street facade, and the replacement of the old arched windows on the first floor of the Court Street facade.

In the next few decades after the first photo was taken, the retail businesses of downtown Springfield entered a steady decline as shoppers began to favor suburban malls over Main Street stores. One by one, the landmark department stores of downtown Springfield closed and the buildings were demolished. This building became one of the first to go, closing around the late 1960s. A few years later, this entire block between Court and Pynchon Streets was demolished, including both the old department store and the adjacent Capitol Theatre. The site would remain vacant for the next decade, as a cavernous hole in the center of Springfield’s downtown commercial district, but it was ultimately redeveloped with the construction of the present-day One Financial Plaza, a skyscraper that was completed in 1983. 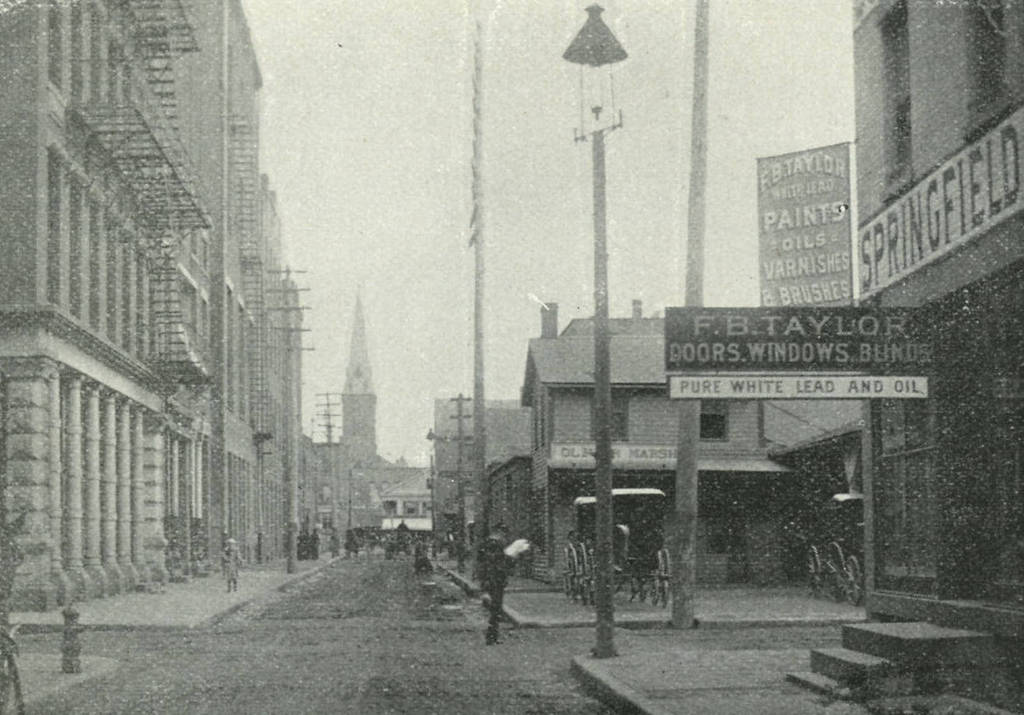 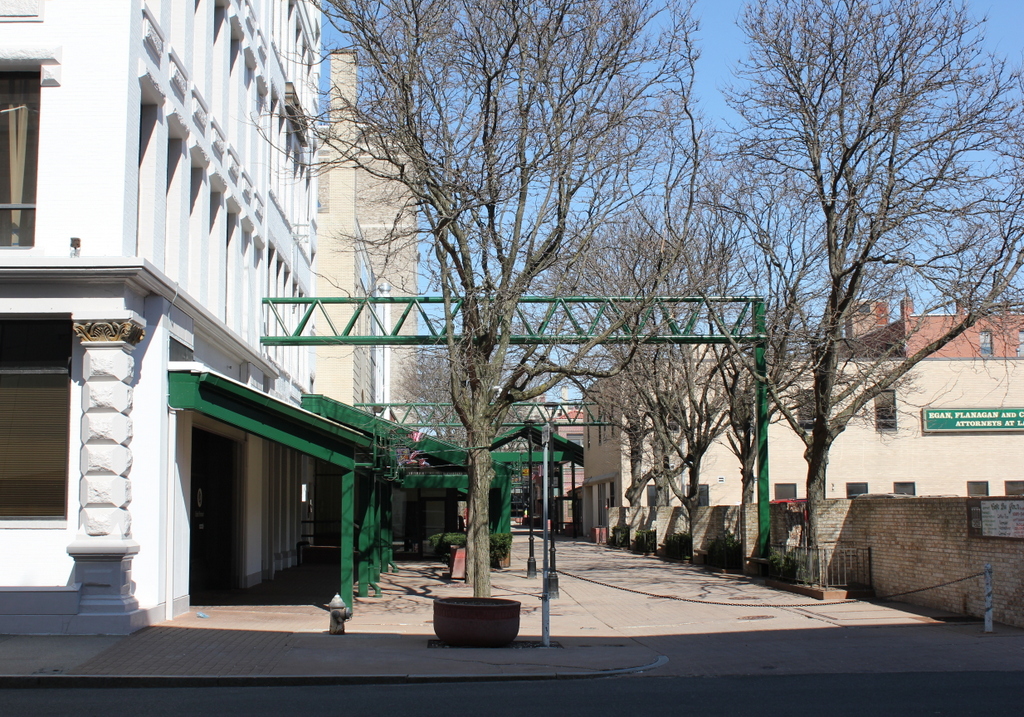 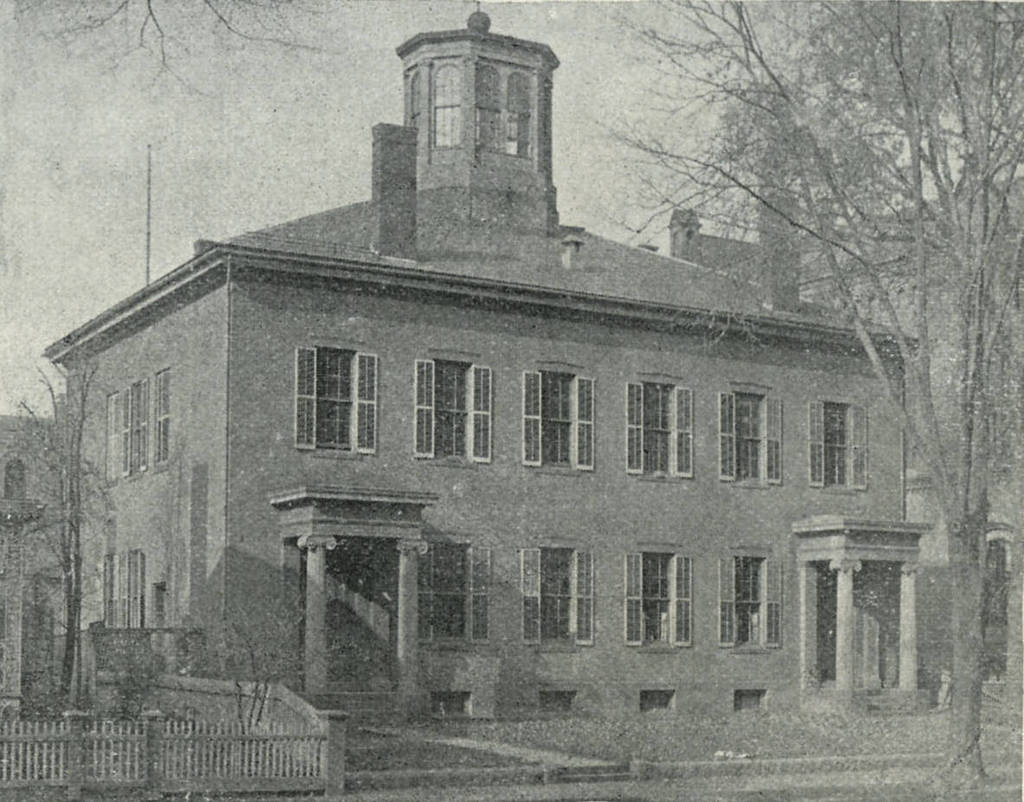 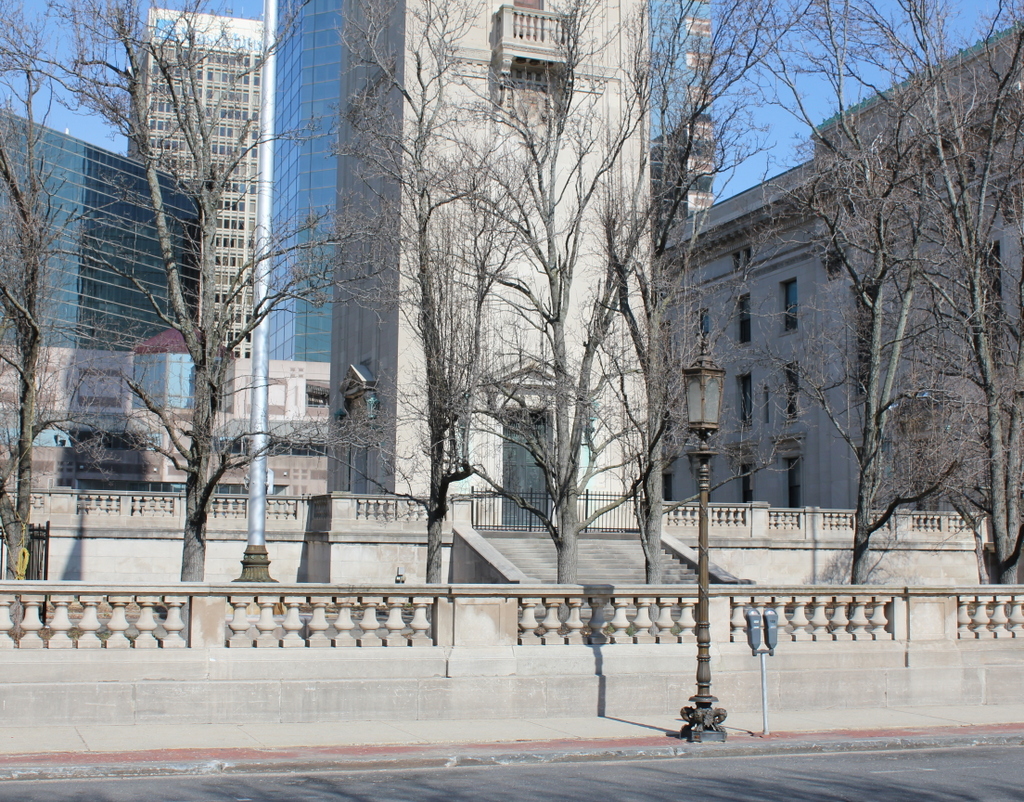 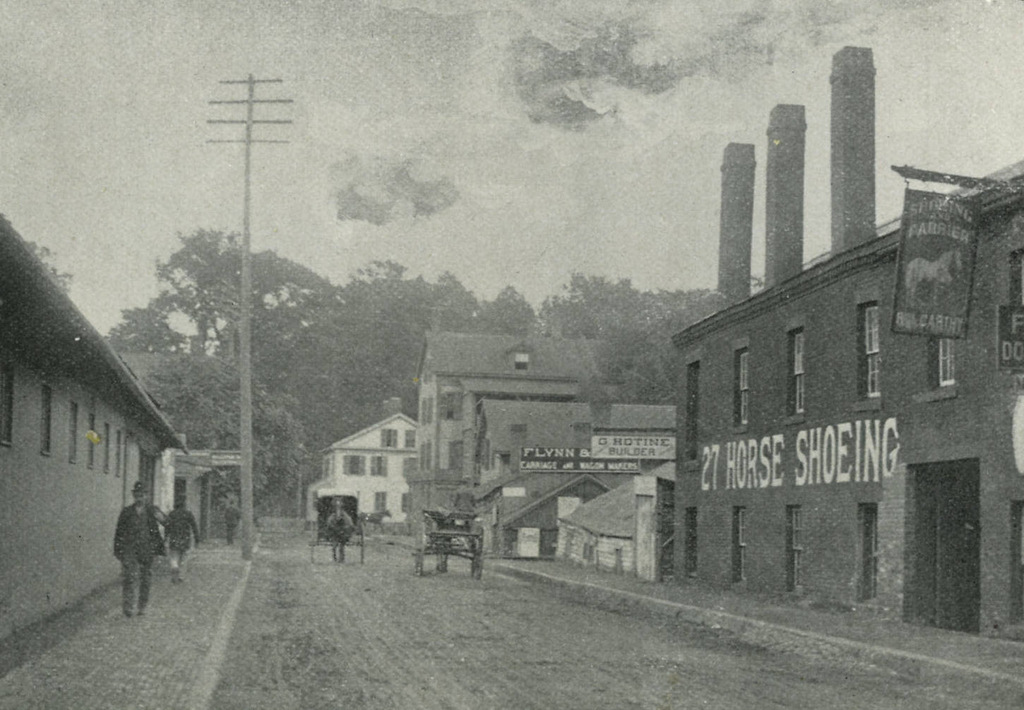 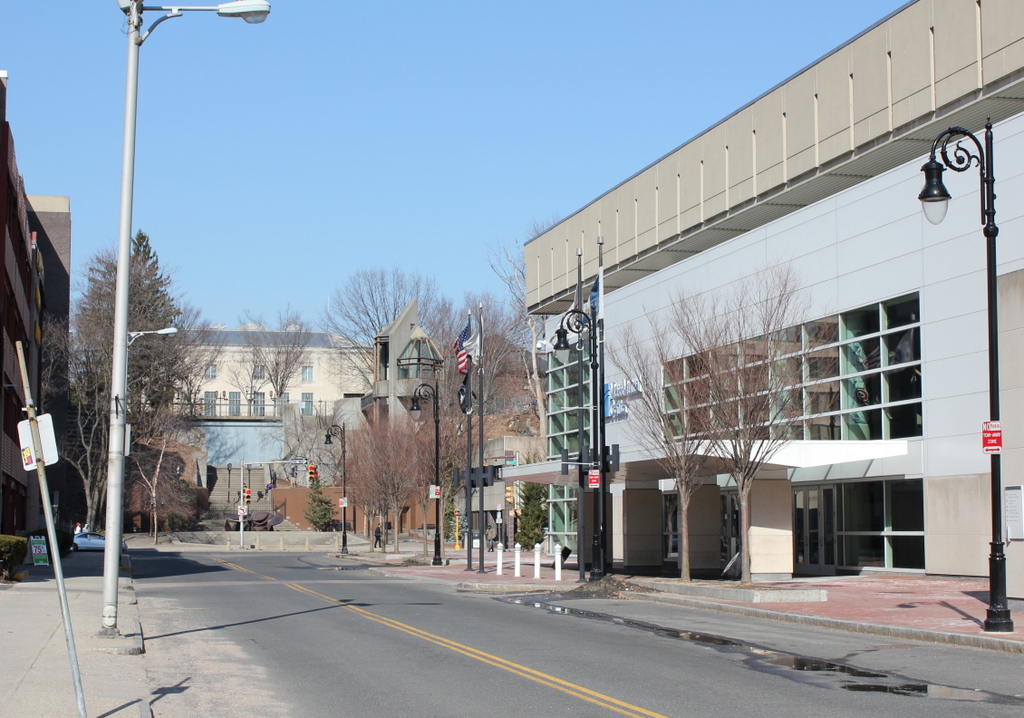 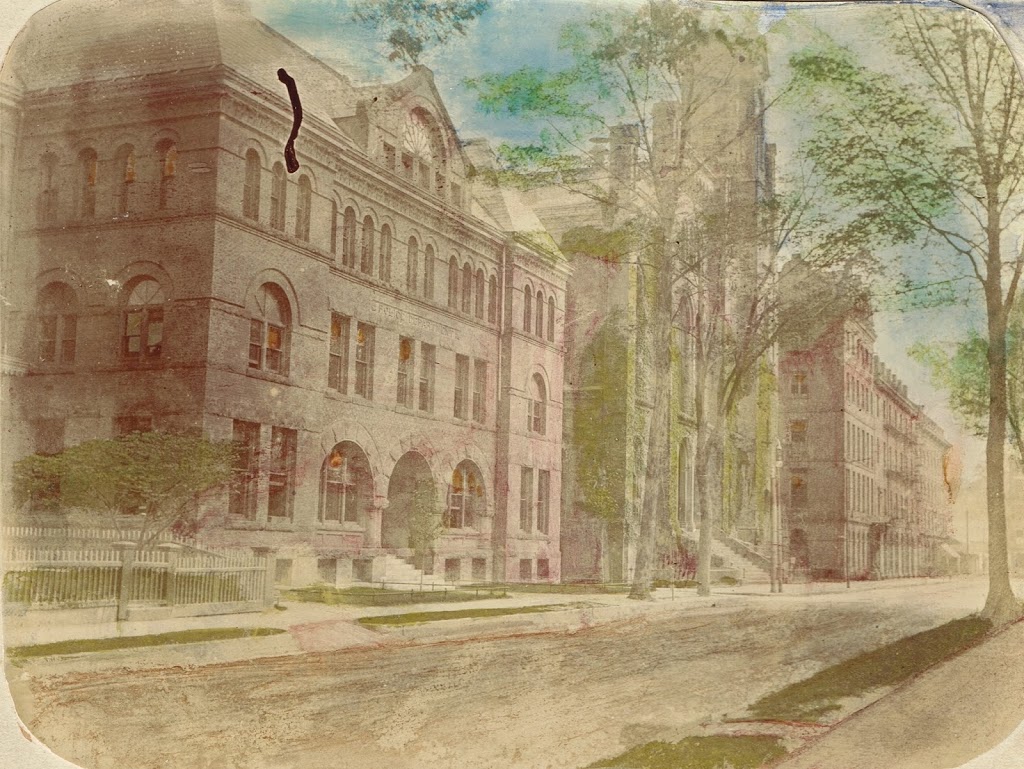 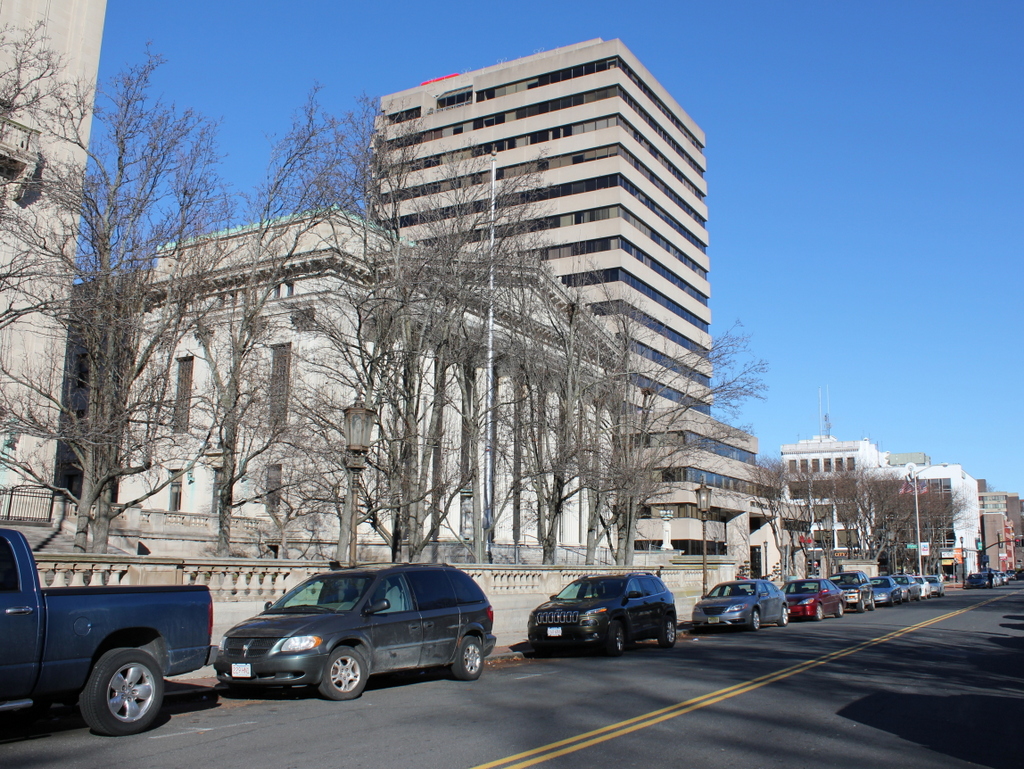 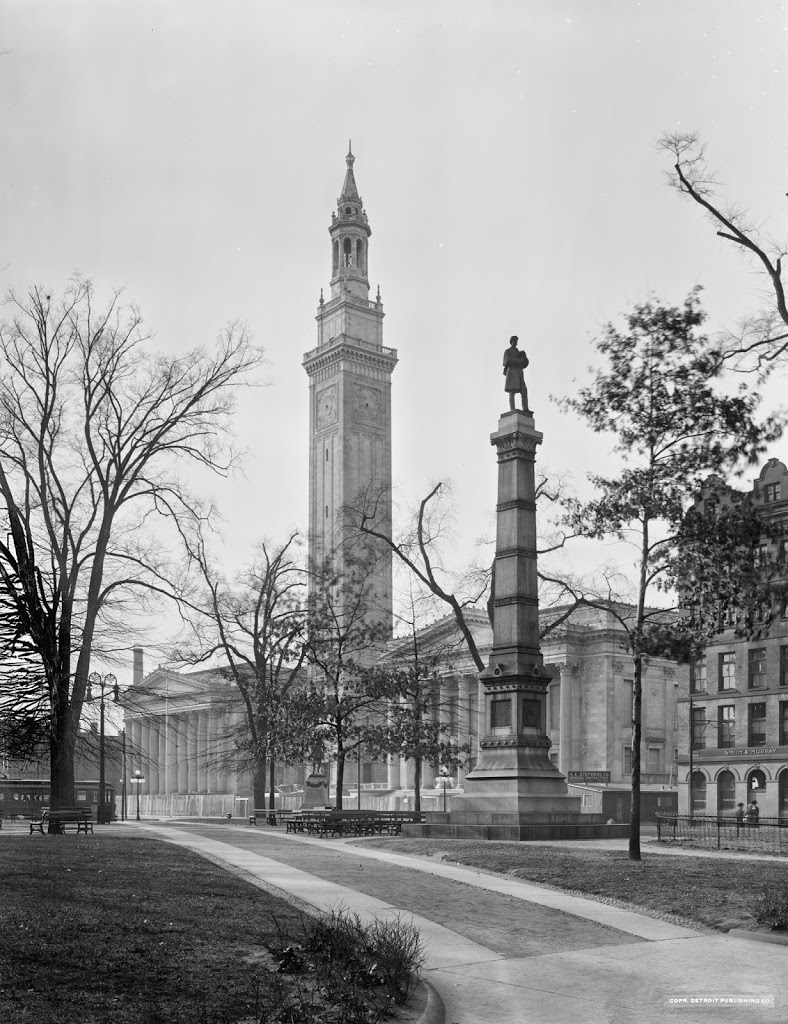 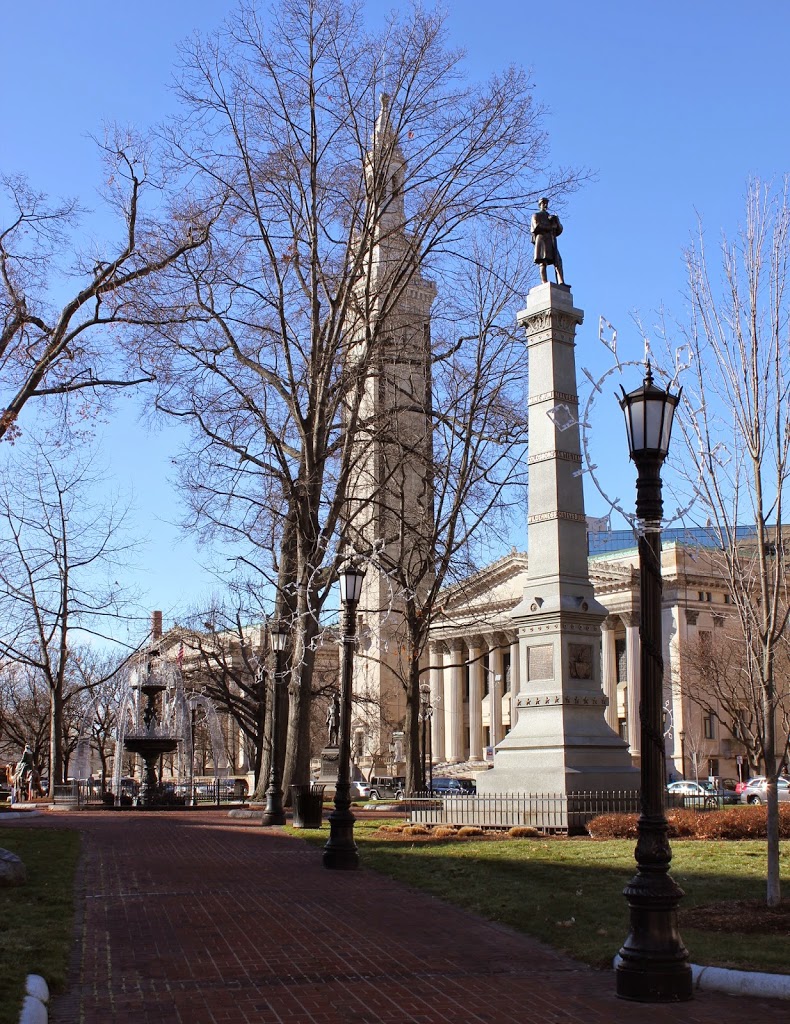