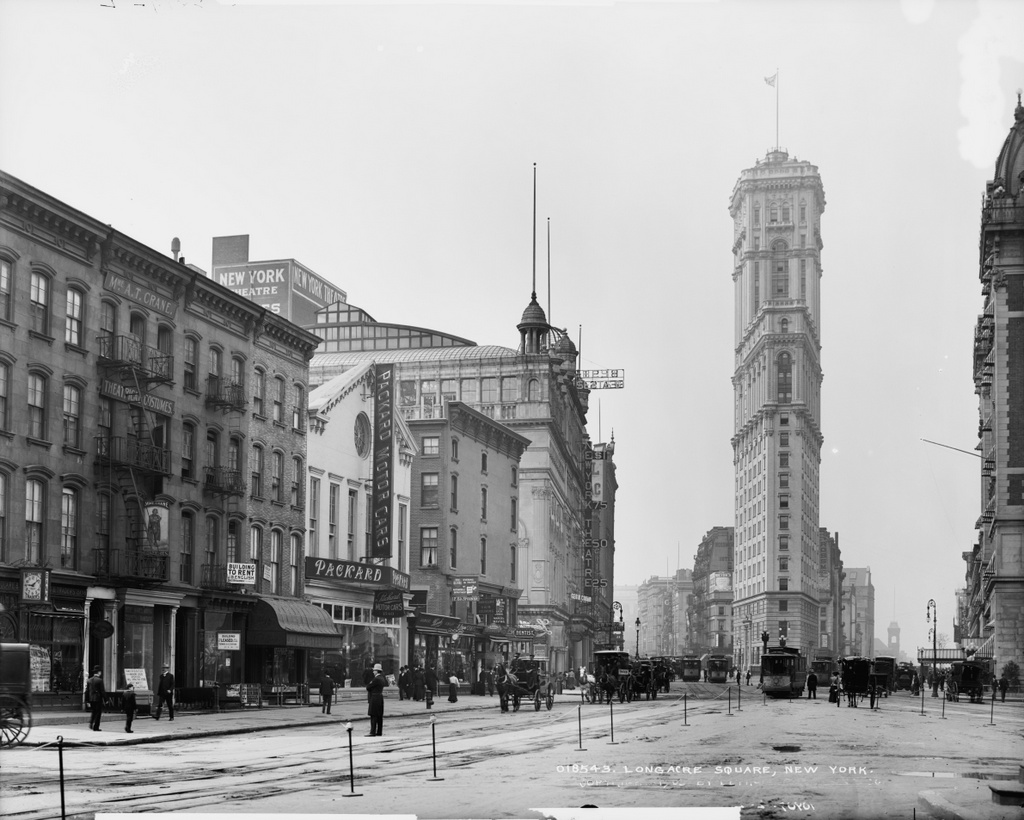 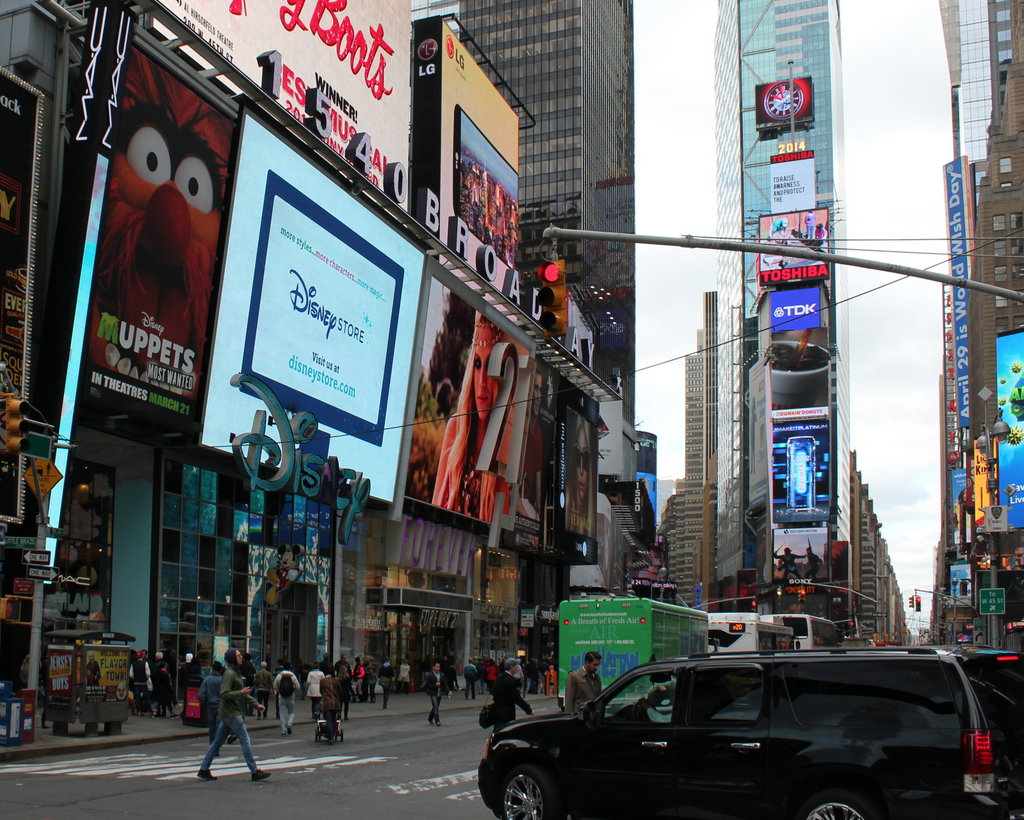 The view from Brooklyn looking toward Manhattan, around 1900. Image courtesy of the Library of Congress, Detroit Publishing Company Collection. 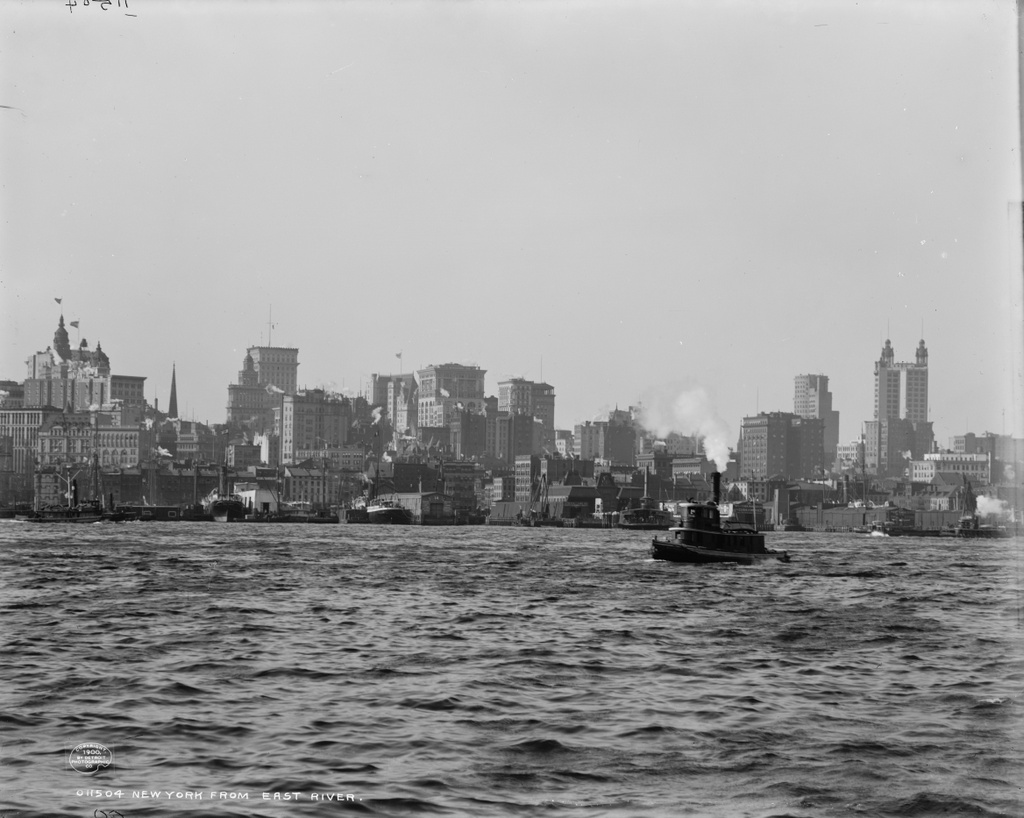 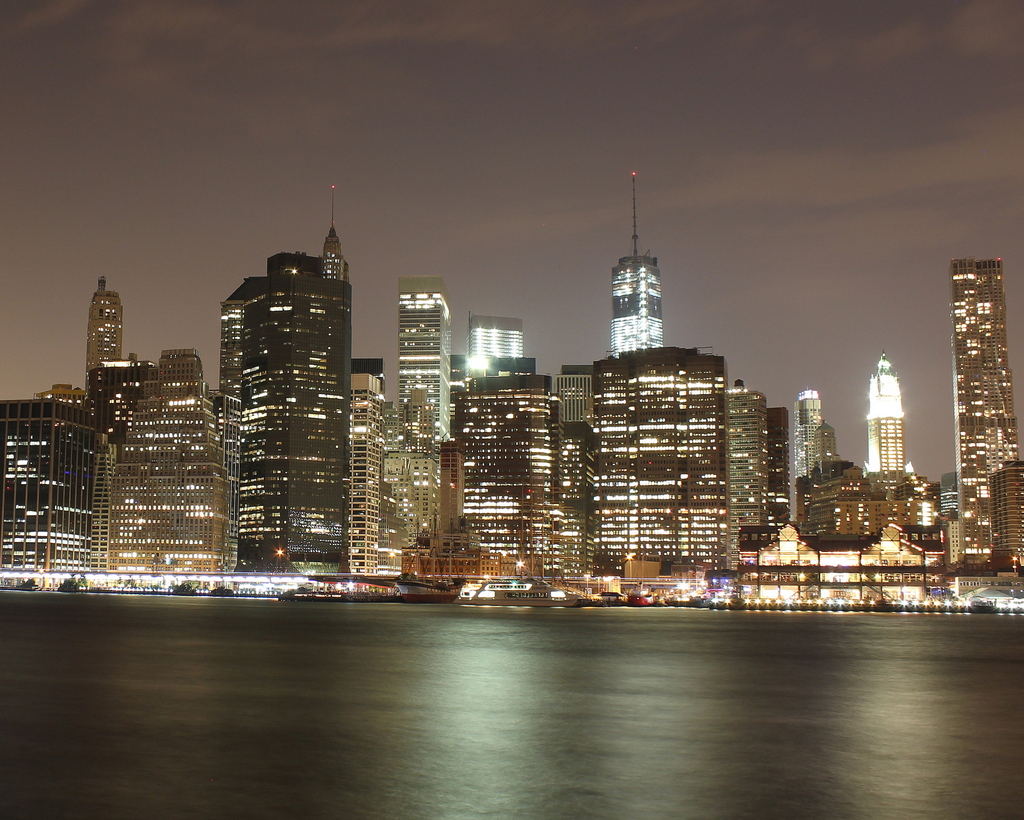 The skyline of Lower Manhattan has changed substantially in the past century, as seen in the previous photos I have posted on here. I don’t have any daytime photos of this view today, but I felt that this night photo sufficiently captured the changes that have happened. As far as I can tell, none of the buildings in the first photo are visible in the 2013 one. Some, including the Park Row Building on the far right of the first photo, still exist, but are hidden behind the modern skyline. 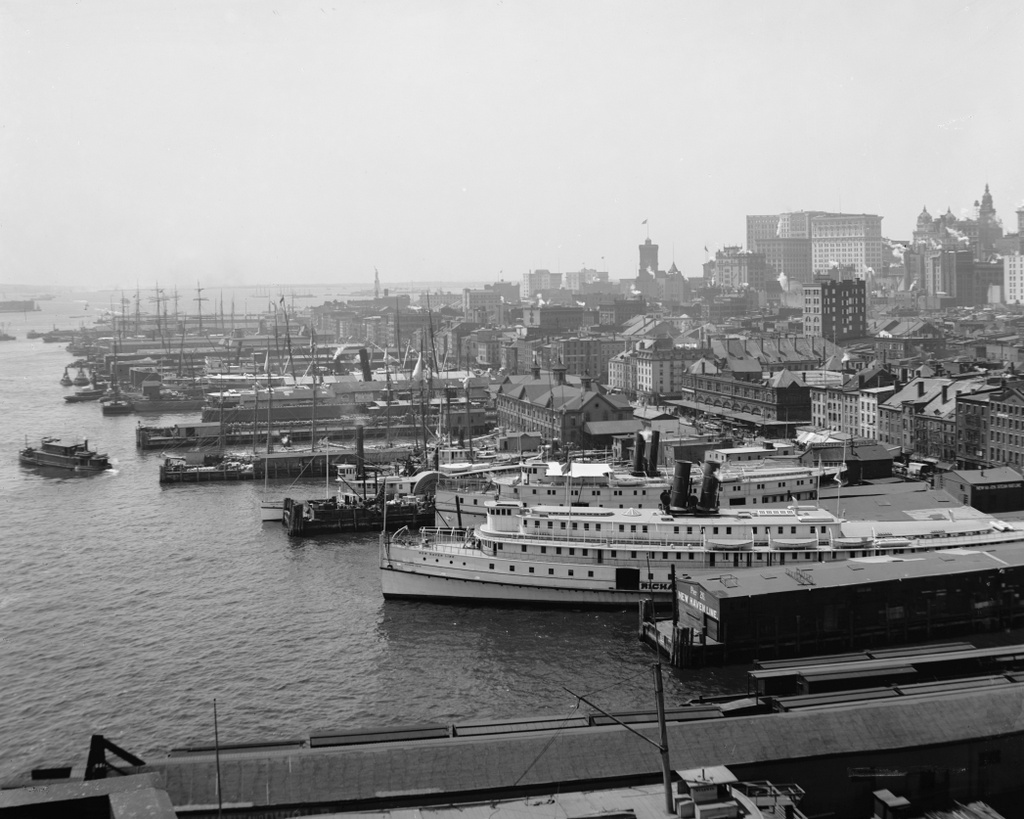 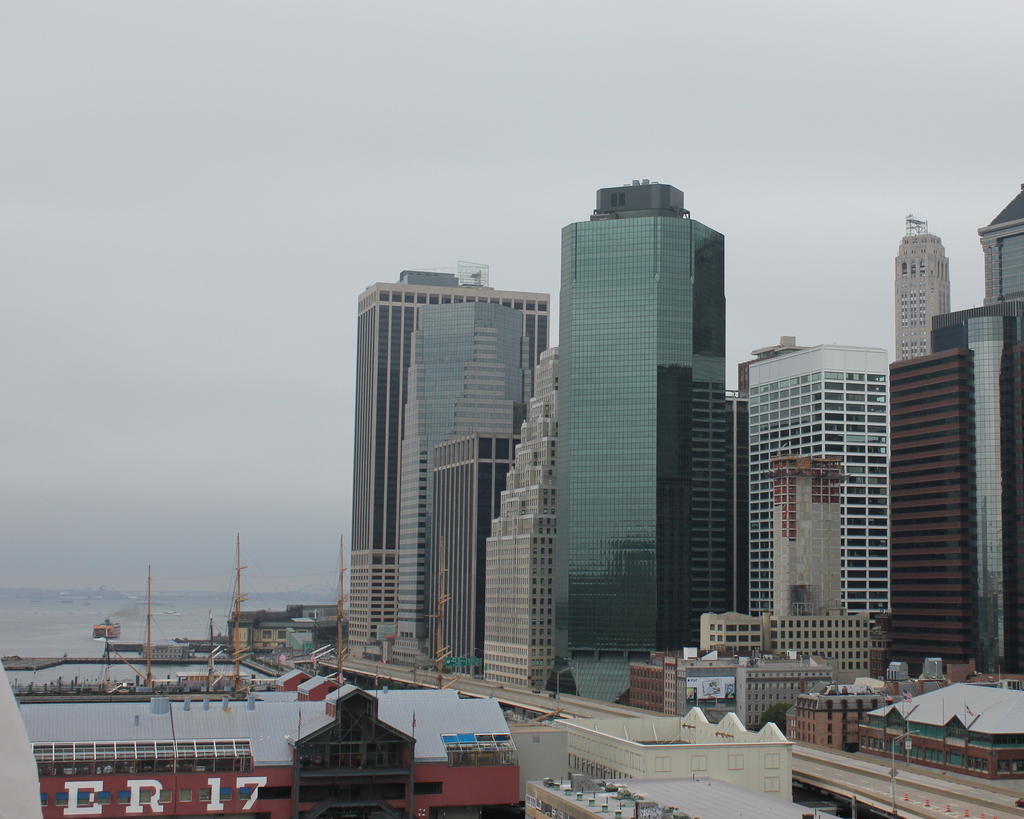 The view of Lower Manhattan from New York Harbor, between 1900 and 1906. Image courtesy of the Library of Congress, Detroit Publishing Company Collection. 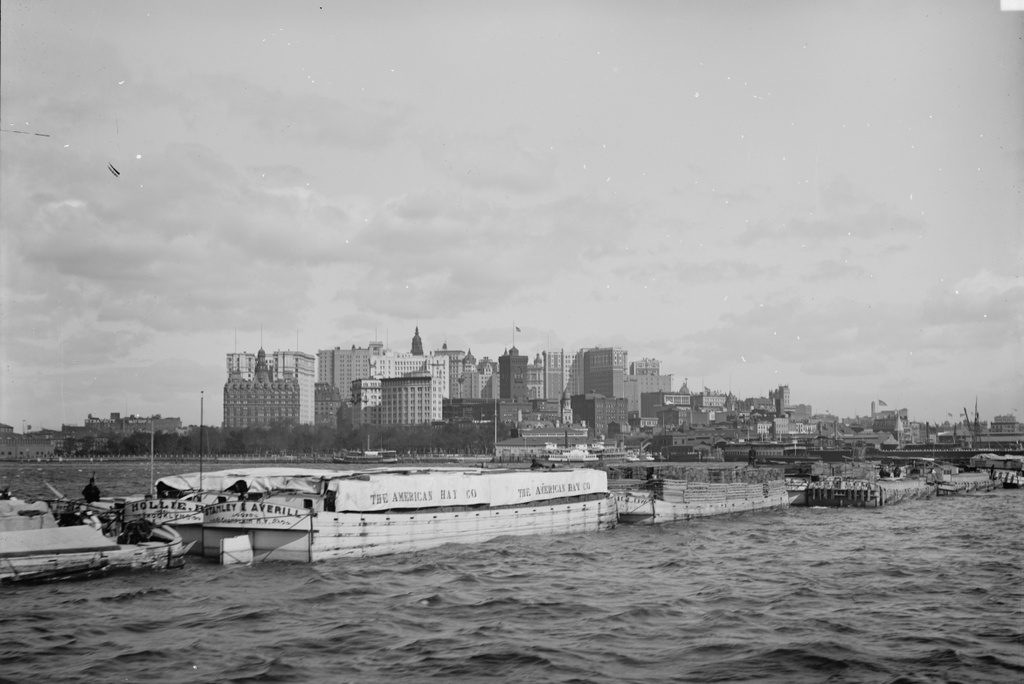 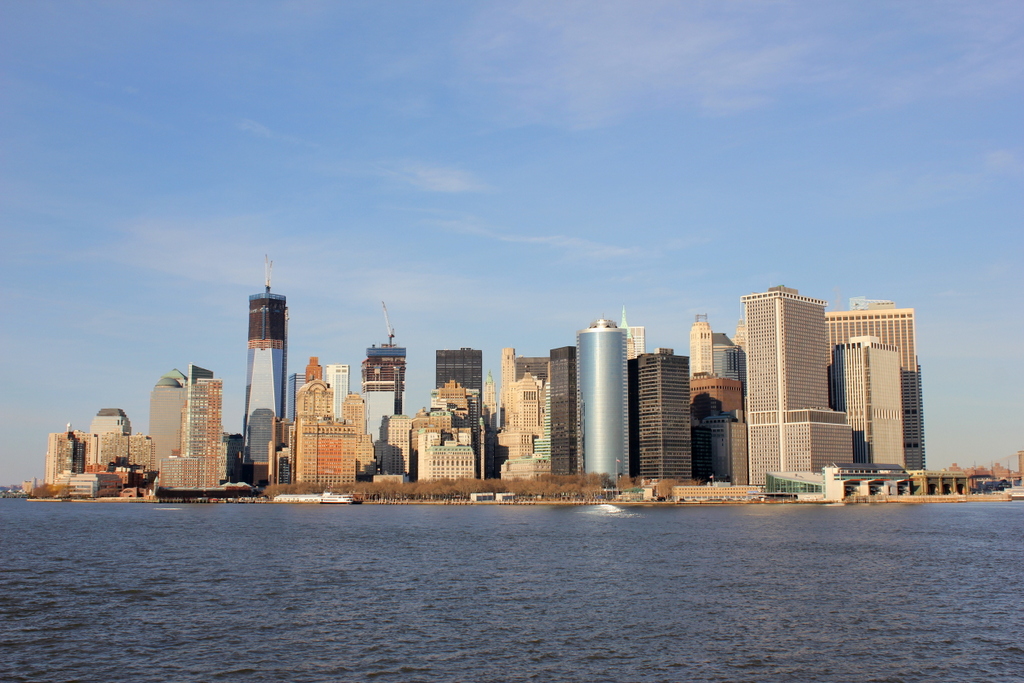 The first photo shows the Manhattan skyline in the background, with a group of barges passing through to the East River from Albany. Today, the barges are long gone, and the skyline has changed substantially, with low-rise buildings along the waterfront being replaced by modern skyscrapers. Battery Park is still there, though, visible along the left-hand side of the waterfront in both photos. As this photo was taken a few years ago, the new World Trade Center buildings are seen still under construction.

The view of Manhattan and the Brooklyn Bridge from Brooklyn, around 1900. Image courtesy of the Library of Congress, Detroit Publishing Company Collection. 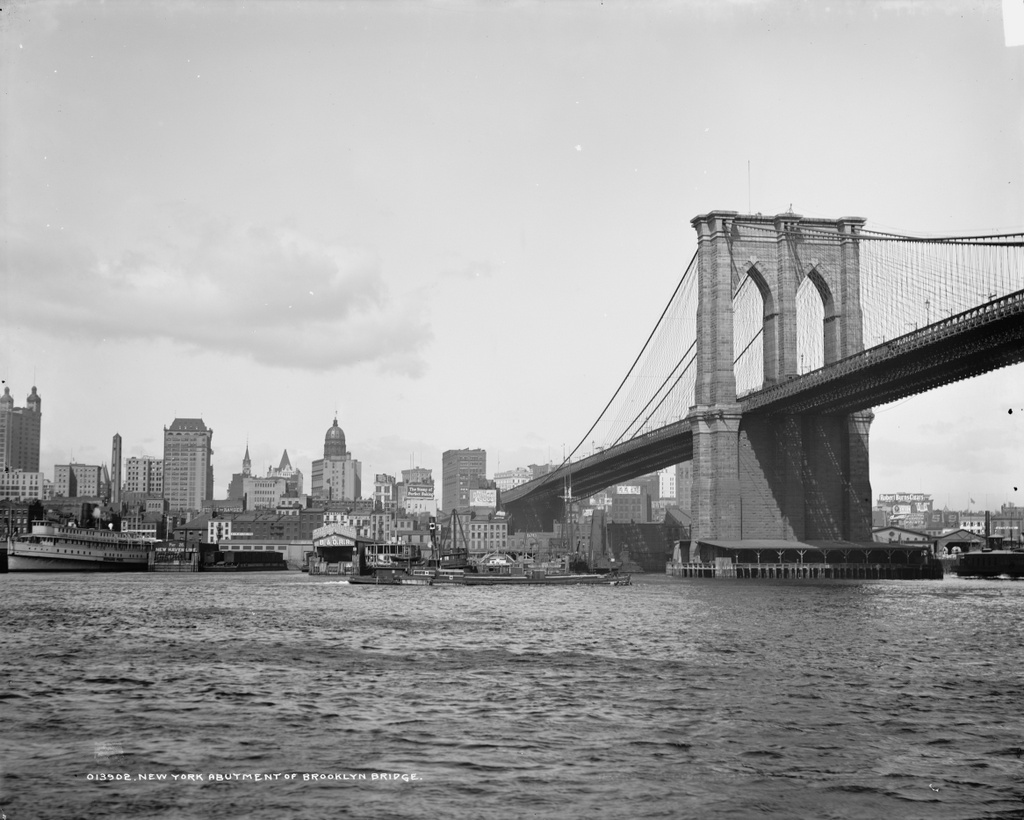 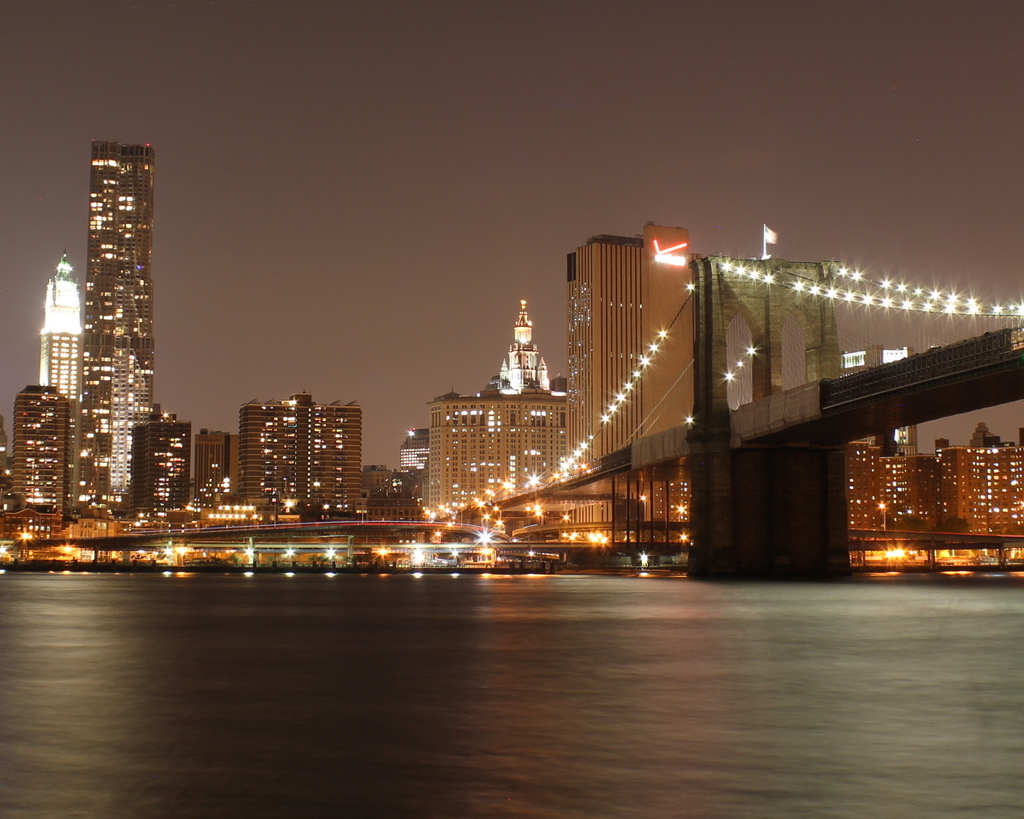 The difference is like night and day.  Cheesy puns aside though, there is quite a difference in the Manhattan skyline between the two photos, over 100 years apart.  The Brooklyn Bridge is still there, but otherwise, as far as I can tell, none of the buildings in the first photo are visible in the second.  At least one of them – the tall Park Row Building at the far left of the first photo – still exists today, but I don’t think it can be seen from here.

The view along the Brooklyn Bridge Promenade, looking toward Manhattan, between 1908 and 1920. Image courtesy of the Library of Congress, Detroit Publishing Company Collection. 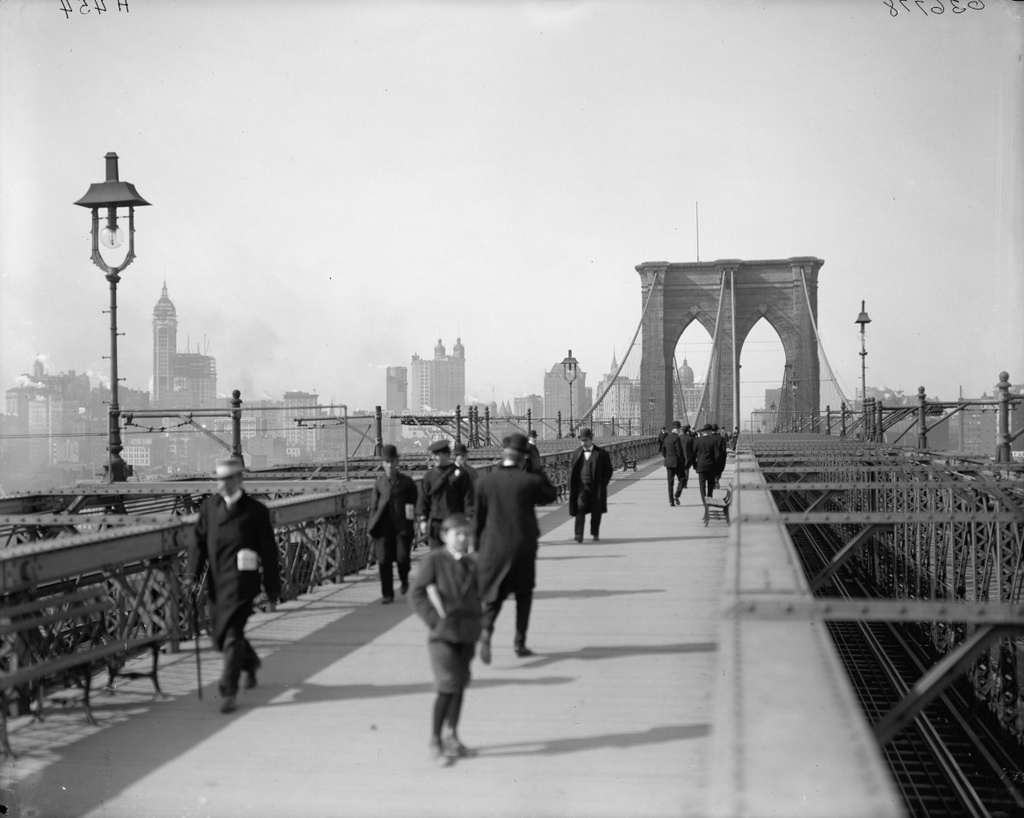 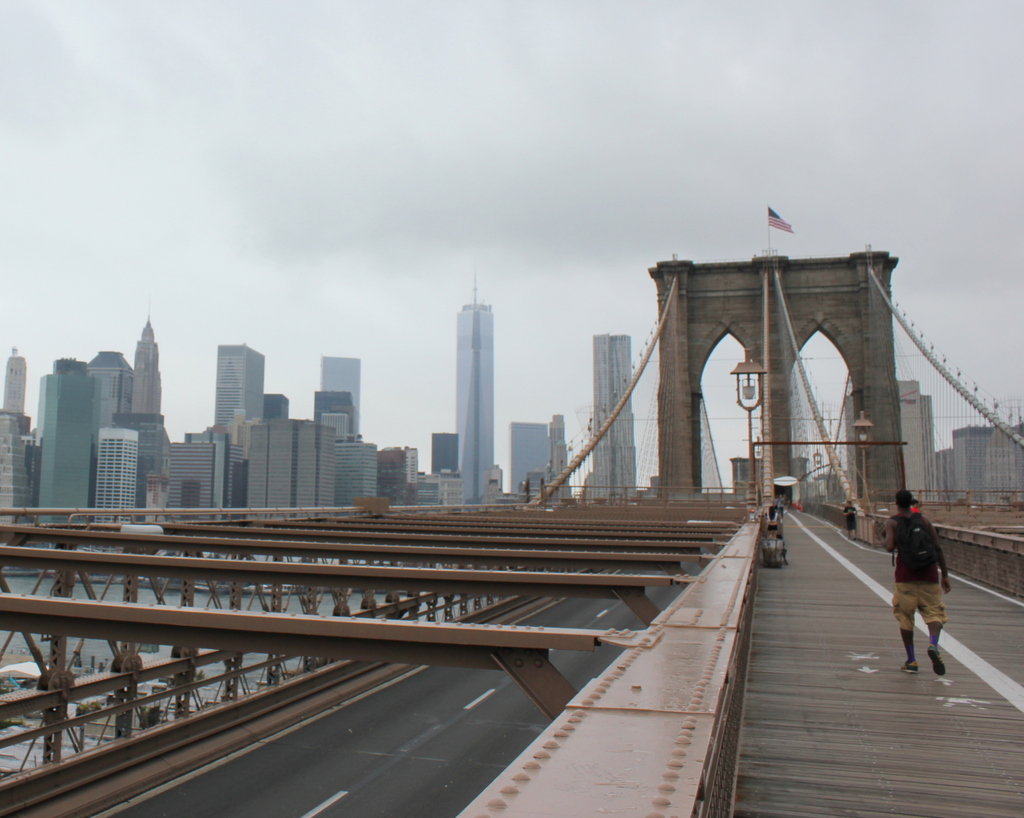 The angle here isn’t exact, since they were taken from different sides of the walkway, but both photos show the same view of the Brooklyn Bridge and of the Manhattan skyline.  The first photo is interesting, because although the subject of the photo is the bridge, the background shows three different buildings that were, at one point, the tallest in the world:

1. New York World Building: The tallest from 1890 to 1894, demolished in 1955 to expand the approaches for the Brooklyn Bridge.  The dome of the building is barely visible under the left-hand arch of the bridge tower.

2. Park Row Building:  Held the record from 1899 to 1901, and the building still exists, although it’s not visible in the 2013 photo.  It can be seen in the first photo, near the center, with the two towers on top.

3. Singer Building: Held the record from 1908 to 1909, and was demolished in 1968.  It is readily visible on the far left of the first photo, and its location today is marked by One Liberty Plaza, the large black rectangle at the base of the new World Trade Center building.