The view looking west on Beacon Street from Charles Street, between 1865 and 1870. Image courtesy of the Boston Public Library. 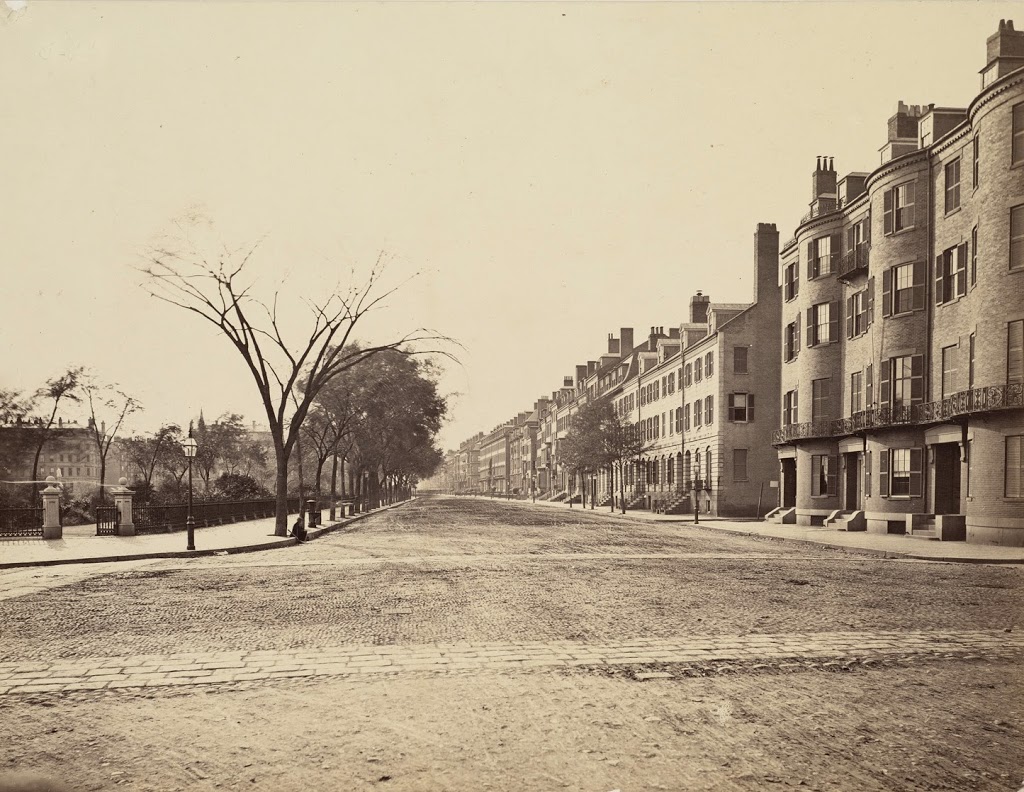 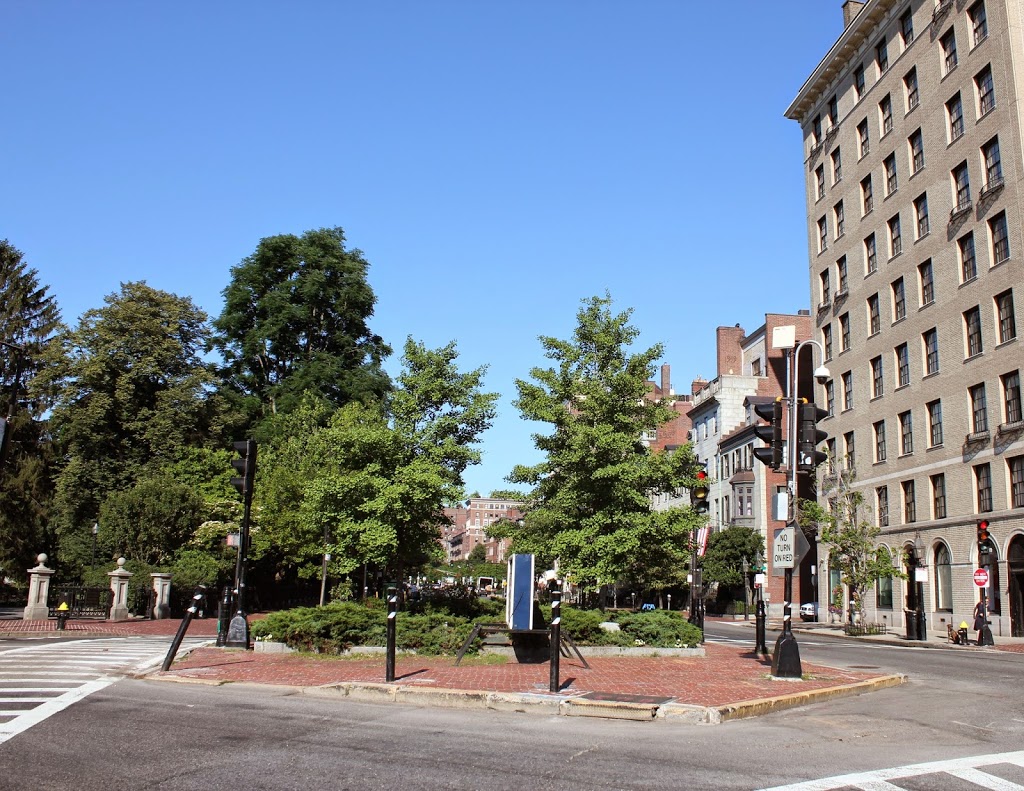 The buildings in the distance in the first photo would have been almost brand-new; these are part of the Back Bay neighborhood, and would have been built within about ten years before the photo was taken.  The buildings in the foreground, however, are much older.  The granite rowhouses just past the brick building on the far right of the first photo are still there; they were built in 1828, almost a decade before the Public Garden across the street was even established.  The brick townhouse next to it in the foreground was probably even older, although it was demolished at some point, probably around 1917, when the tall apartment building in the 2014 photo was built.