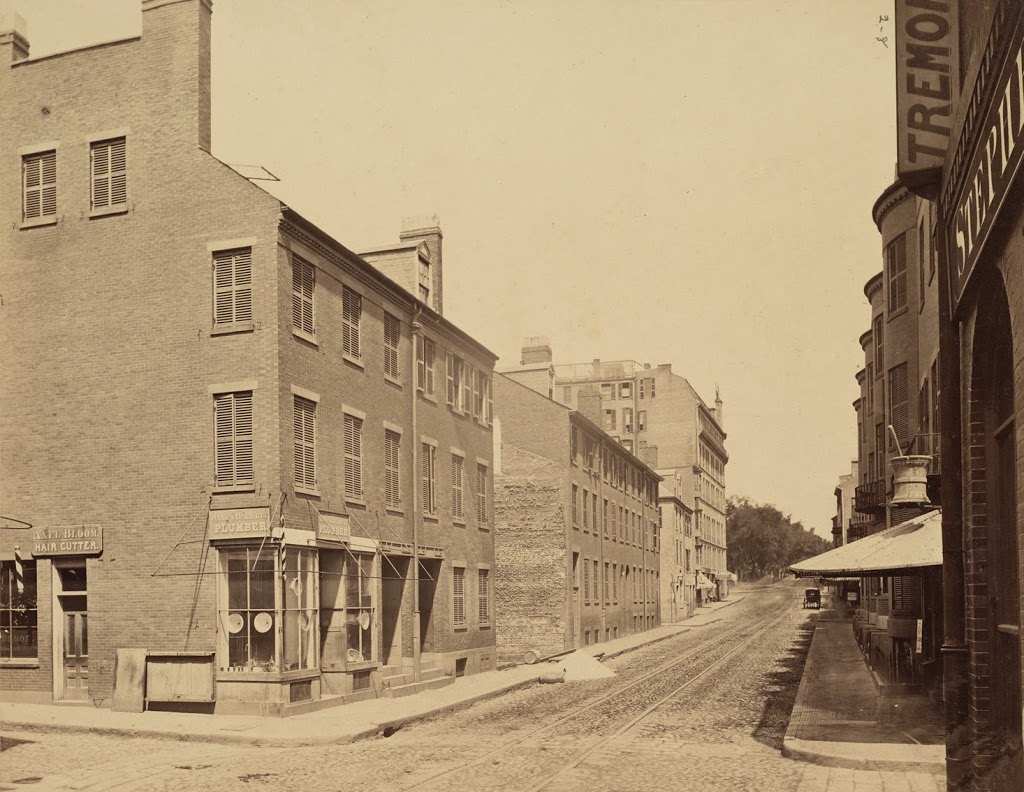 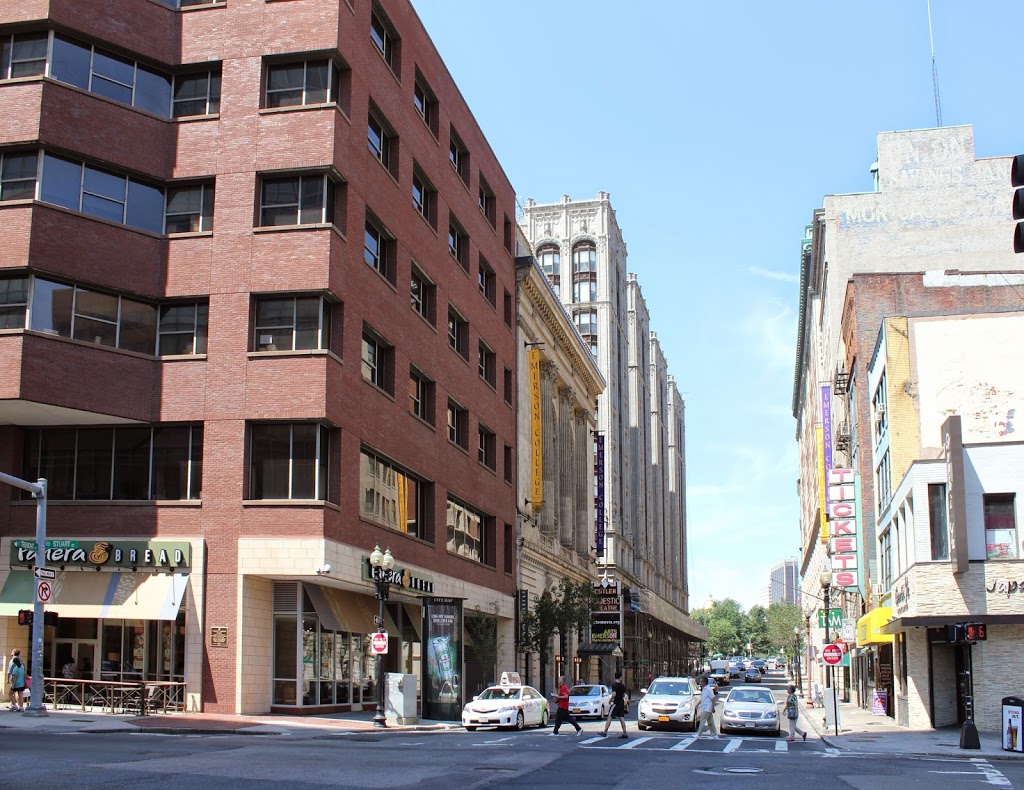 The first photo was taken before Tremont Street was widened in 1869. All of the buildings on the left-hand side were (presumably) demolished, except for the Hotel Pelham, which was moved 14 feet to the left and survived until 1916. Although the buildings on the right were unaffected by the widening, none of them appear to have survived to the present day. Today, the location is in the middle of the Theater District, with several of the theaters visible on either side of Tremont Street in the 2014 photo.