Looking up Tremont Street toward Beacon Street, with the Granary Burying Ground to the left, taken around 1910. Photo courtesy of Boston Public Library. 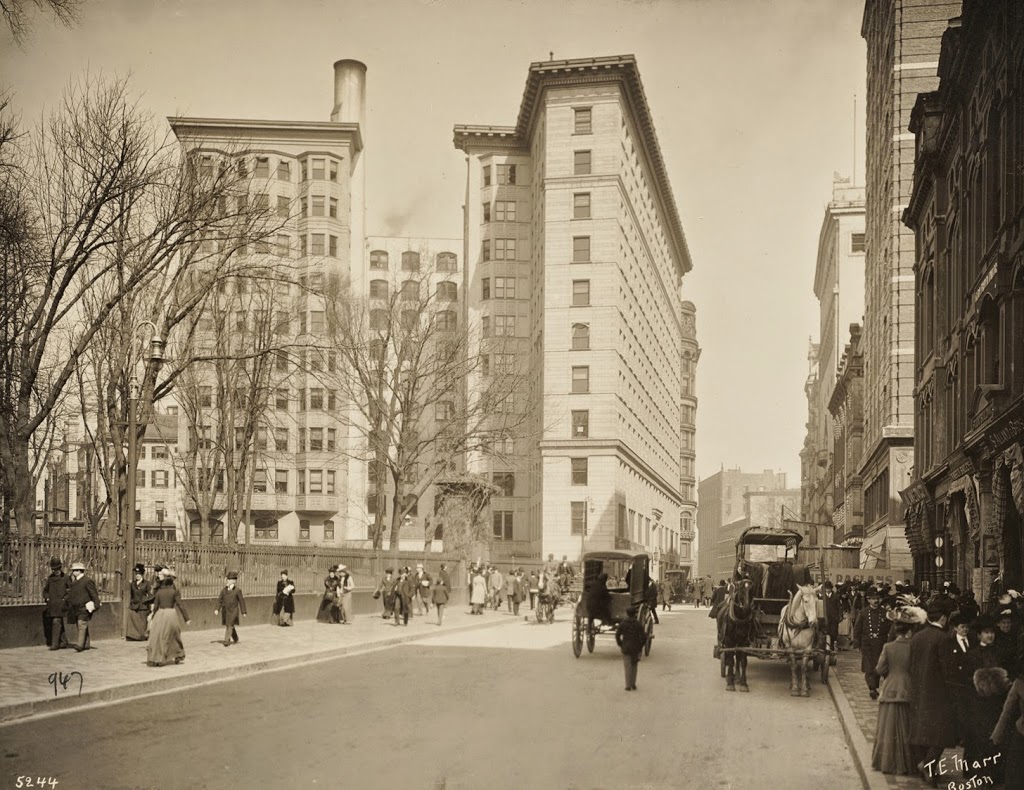 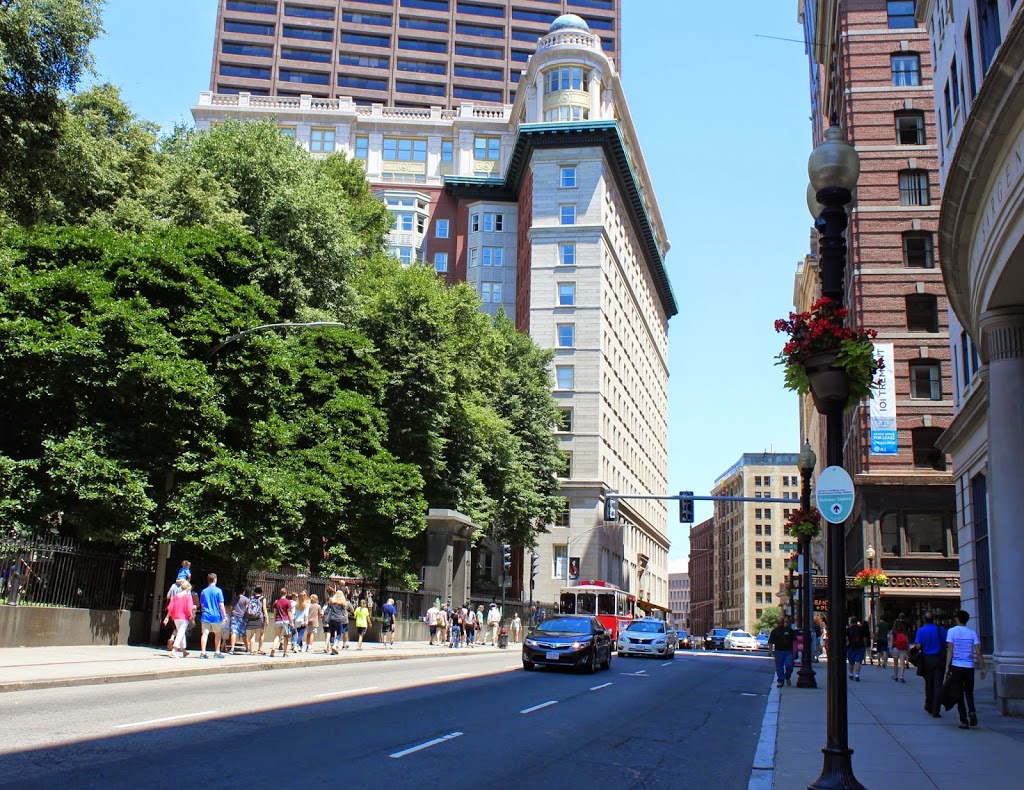 This section of Tremont Street actually hasn’t changed much – the Granary Burying Ground is essentially the same, and a few of the buildings are still there, including the massive Tremont Building.  Built in 1895 on the site of the Tremont House hotel, the office building still looks much the same as it did over 100 years ago.