The Soldiers’ Plot in Springfield Cemetery, around 1900-1910. Image courtesy of the Library of Congress, Detroit Publishing Company Collection. 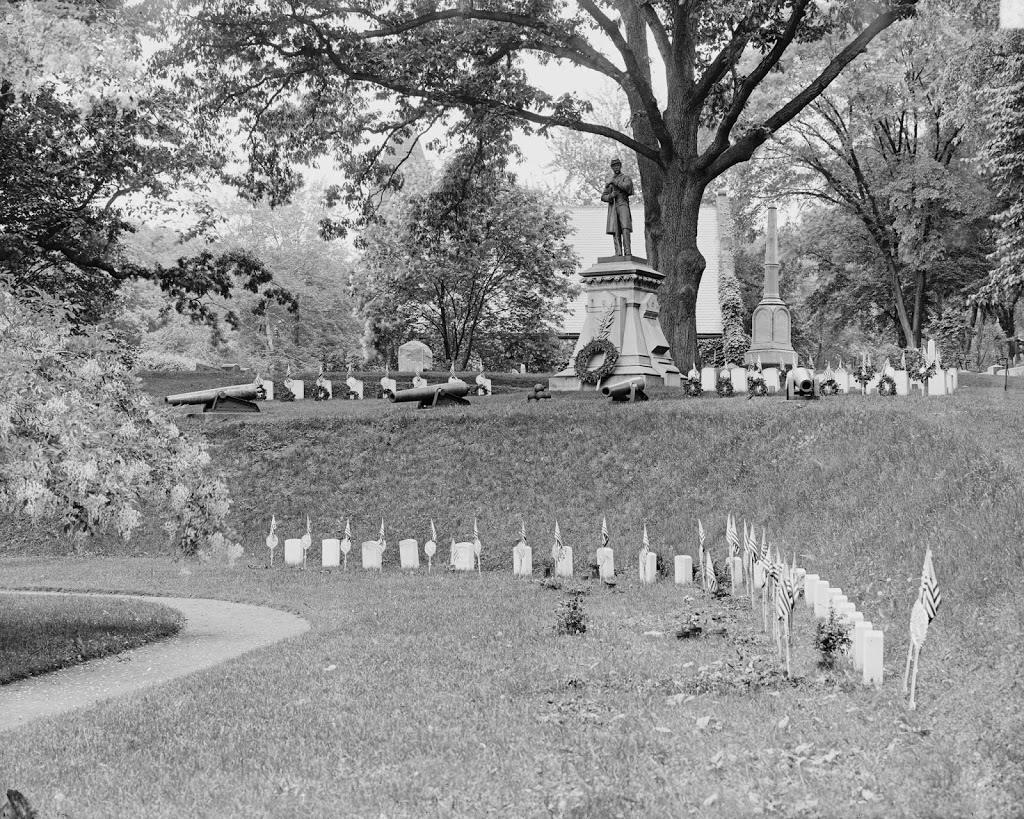 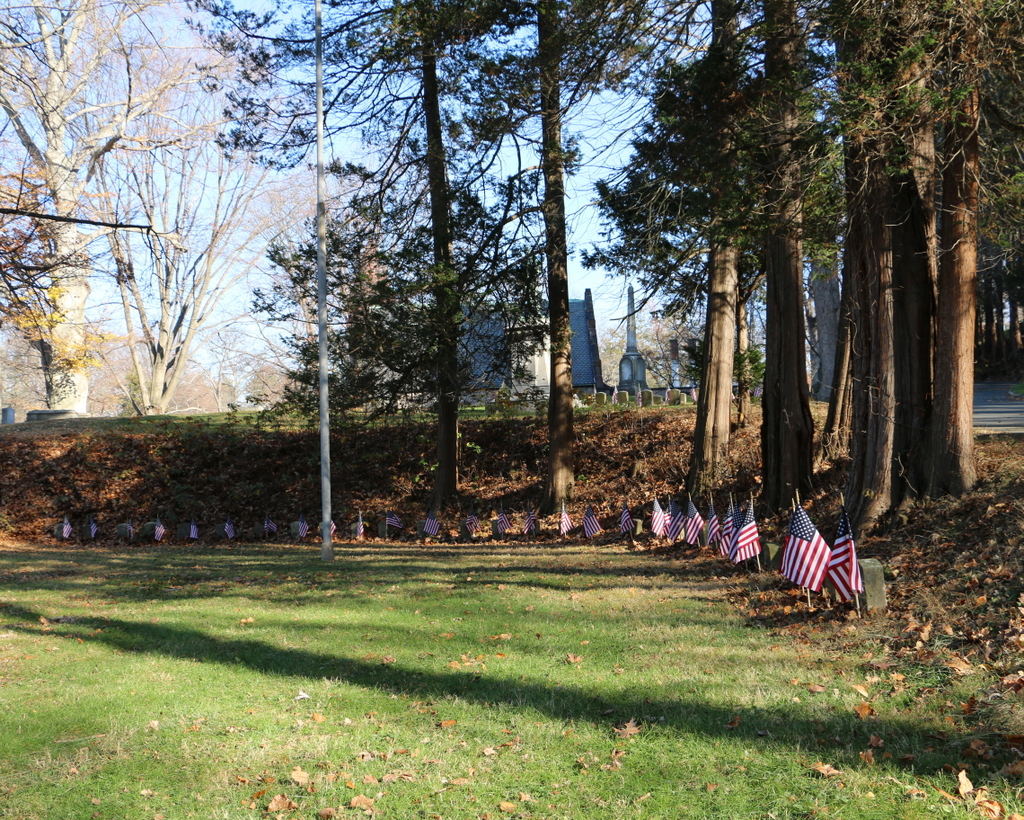 Springfield Cemetery was established in the 1840s as a beautifully-landscaped city cemetery in the middle of the city.  Within a few decades, it would become the final resting place for a number of men from Springfield who were killed in the Civil War.  A total of 167 were killed or missing in the war, with more lost to disease than to combat deaths.  Many of those men are buried here in the Soldiers’ Plot, not far from the entrance to the cemetery.  The plot includes the headstones at the bottom and top of the slope, with a statue at the top.  The statue was dedicated in 1877 using funds from the Soldier’s Rest Association.  The organization had been established during the war to care for returning veterans, and they used leftover funds to commission the statue.

Today, the headstones and statue are still there, although they are no longer decorated with flags and wreaths, and the landscaping isn’t as perfectly manicured as it was a century ago – the headstones on the lower section seem to almost blend in with the slope.  Of course, in the first photo the Civil War was still in the memory of many people, with many still alive who had either served in or lost loved ones in the war, so it is understandable that the plot would have been better cared for back then.