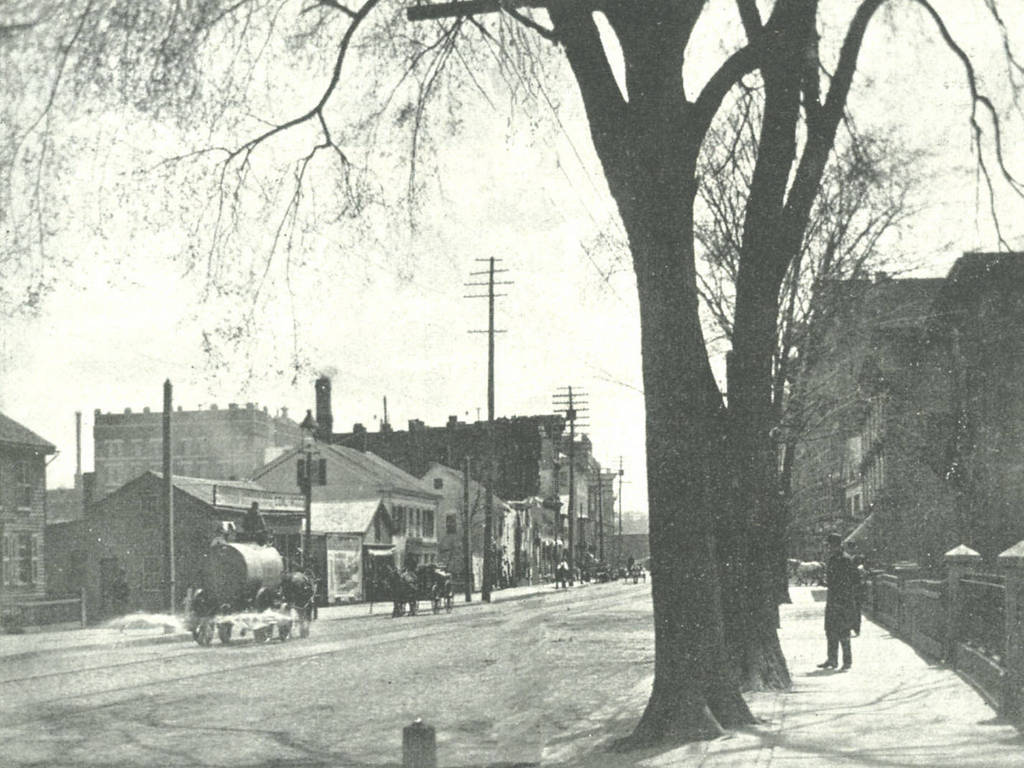 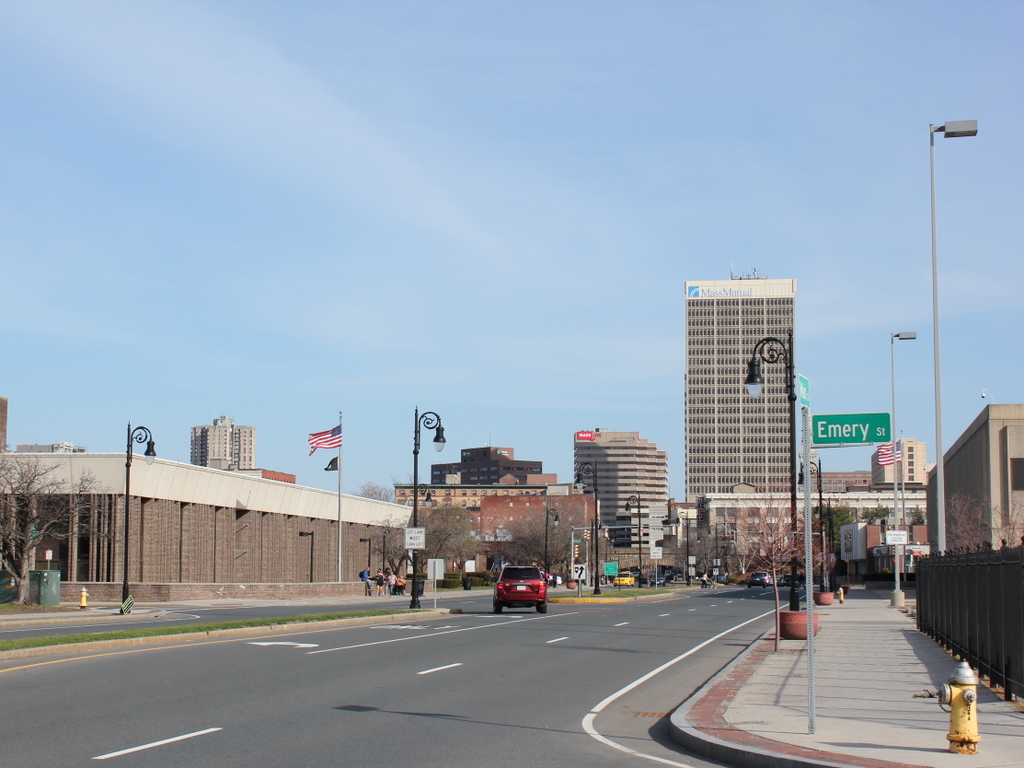 Aside from the railroad arch barely visible in the distance, I’m pretty sure there’s nothing in the 1892 scene that still exists today.  Unlike in other neighborhoods of Springfield, the North End retains very few historic buildings; just about the entire area between the railroad and I-291, extending a block on either side of Main Street, is new development from the 1970s.  The 1920 city atlas shows literally hundreds of houses and other buildings in this area, but today there is not one permanent resident within nearly a quarter mile of this spot.  Instead, there are commercial developments and highways.  The Springfield Republican offices are to the right, and across the street is the US Post Office.  Not visible to the left of the post office is a shopping plaza, and beyond the Republican building on the right is the Peter Pan bus terminal.  In the opposite direction, looking north along Main Street there are several professional offices, and then the sprawling I-291 interchange with I-91, both of which consume substantial real estate in the North End.