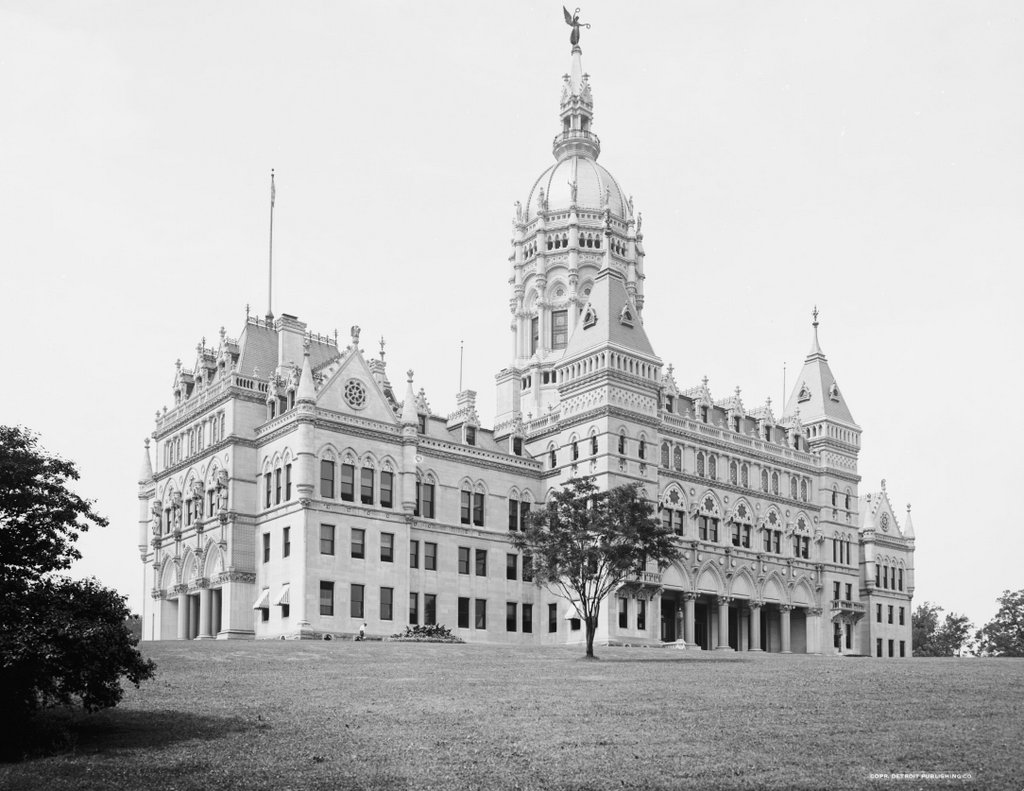 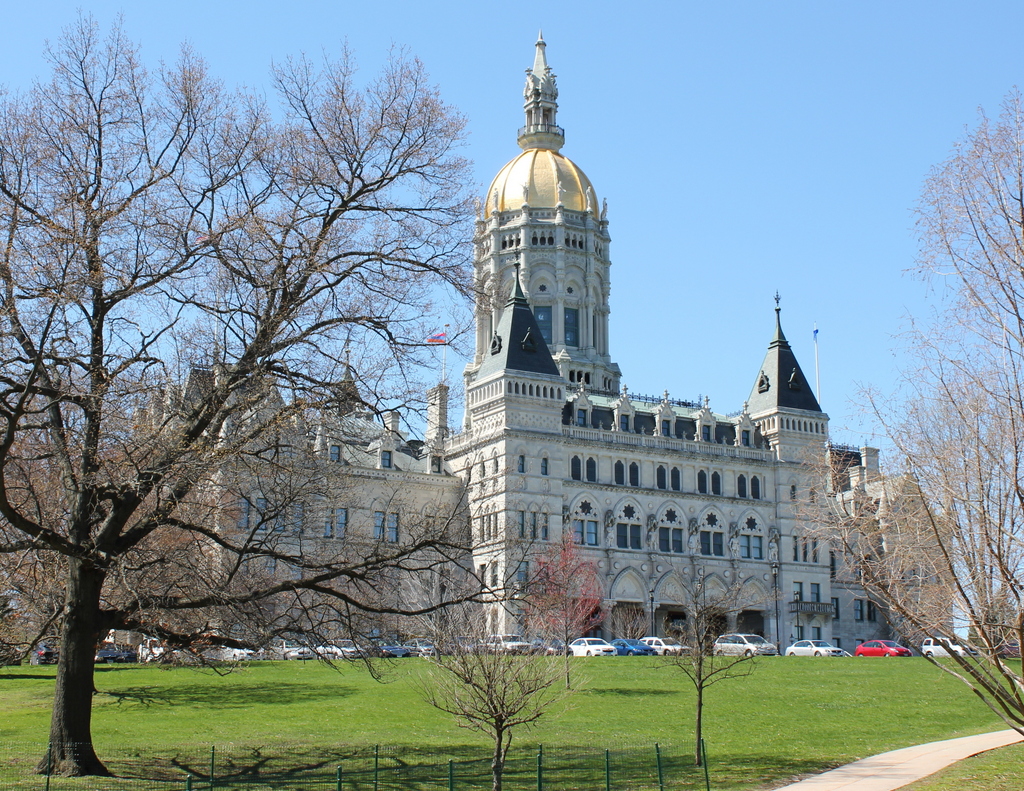 For many years, Connecticut had a rather unusual capital city arrangement. Despite being geographically one of the smallest states, they had two capital cities: Hartford and New Haven. The General Assembly alternated locations, thus accommodating both the section of the state along the coastline, as well as those who lived further inland.  The state even had two different state houses, with one in each city. This was presumably beneficial for travel when the system was established in 1701, but by the second half of the 19th century railroads made the 35 miles between the two cities far more manageable. It was impractical to continue to have two different capitals (not to mention two different capitols), so in 1875 Hartford became the sole capital city.

To commemorate the unification of the capitals, Connecticut built a new state capitol at the southern end of Bushnell Park, and it has been the seat of Connecticut government ever since.  The only readily apparent change between the two photos is the statue on top of the dome. Called The Genius of Connecticut, it was damaged in the 1938 Hurricane and taken down; several years later it was melted down as scrap metal for the war effort. In front of the building, Bushnell Park is still there, albeit with more trees and substantially more parking spaces than in the 1906 scene.