The Captain Charles Leonard House on Main Street in Agawam, around 1895-1896. Image courtesy of the Agawam Historical Association. 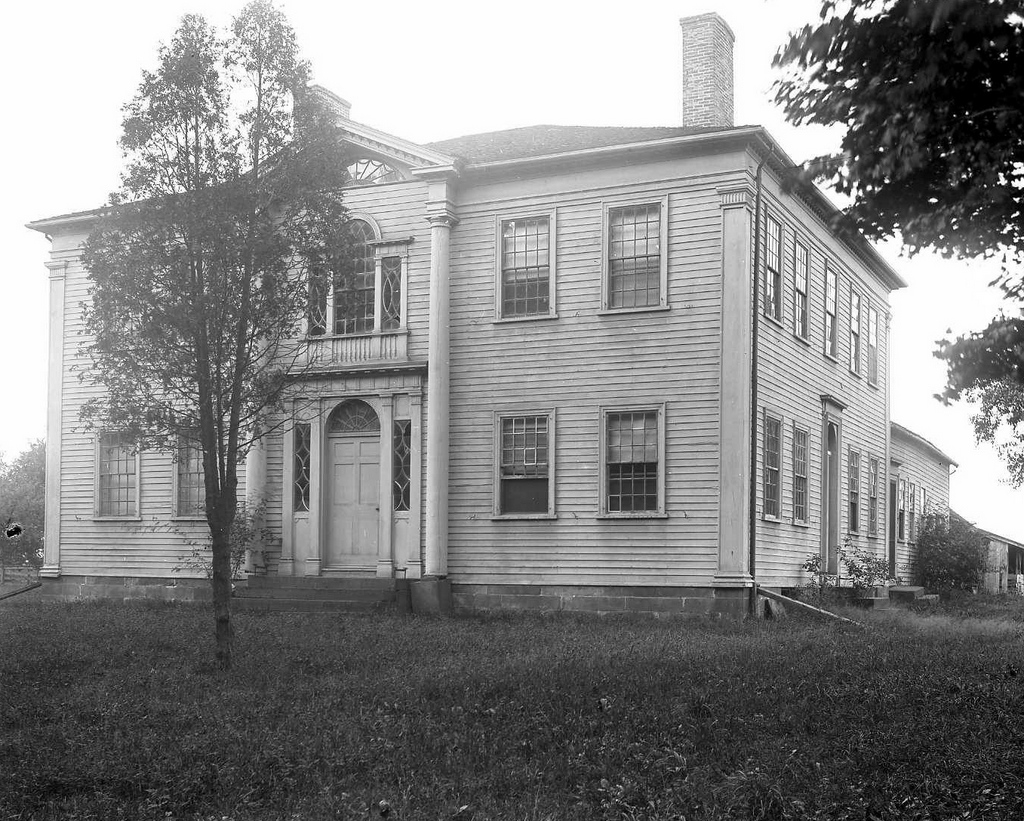 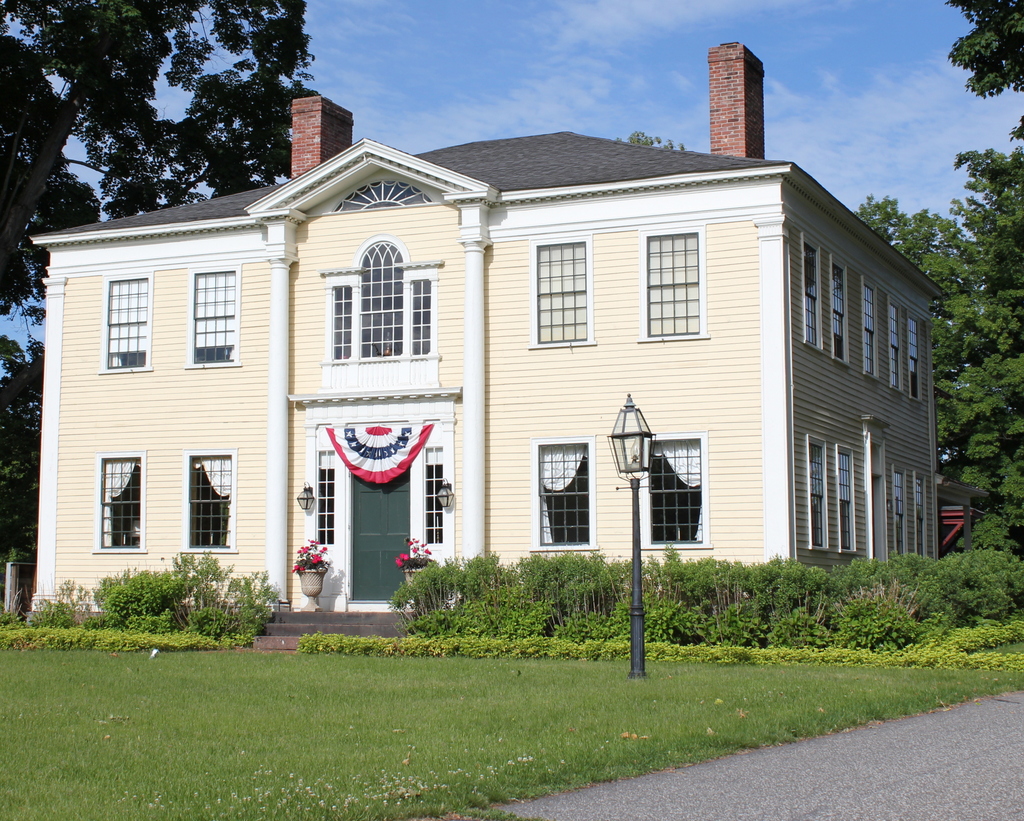 This house on Main Street in Agawam hasn’t changed much in the past 120 years, nor had it changed much between its construction in 1805 and the 1890s photo.  It is a very well-preserved example of early 19th century Federal architecture, designed by noted architect Asher Benjamin for Captain Charles Leonard, a local militia officer who operated a tavern out of the building.  At the time that the first photo was taken, it was owned by George Fowler, and in the 1930s it was purchased by Minerva Davis and restored to its early 19th century appearance.  Since then, it has been owned by the nonprofit Captain Charles Leonard House Corporation, and has been rented for weddings, banquets, receptions, and a variety of other gatherings.