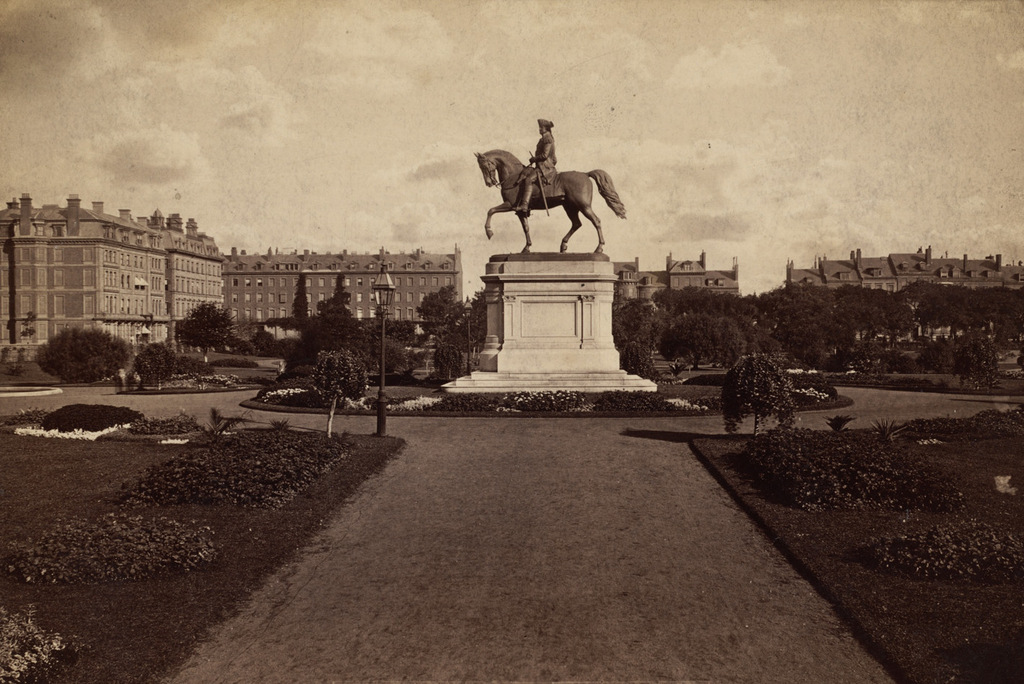 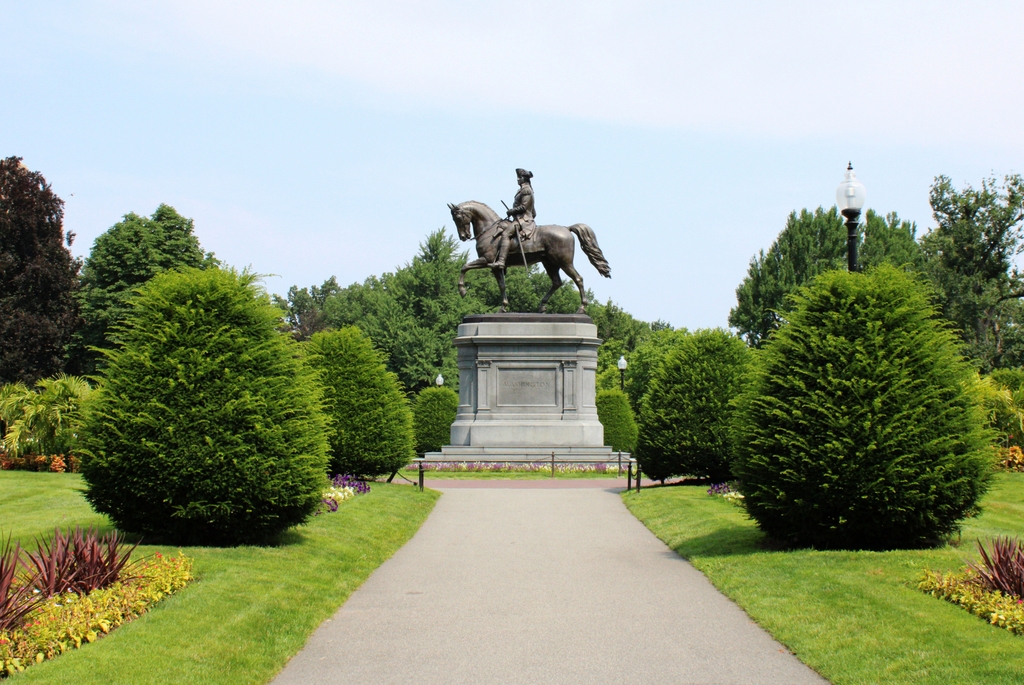 As mentioned in this earlier post, this statue of George Washington has stood at the Commonwealth Avenue entrance to the Public Garden since 1869. It was designed by sculptor Thomas Ball, a Boston native who also designed the Charles Sumner statue in the Public Garden, and the Emancipation Memorial at nearby Park Square. Since then, not much has changed about the statue or the surrounding park. The trees now obscure the view of the houses in the distance, but many of them are still standing today, along Arlington Street to the left and Beacon Street in the center and right.