Looking east in the Public Garden from the Arlington Street entrance, facing the statue of George Washington, around 1917-1934. Image courtesy of the Boston Public Library, Leslie Jones Collection. 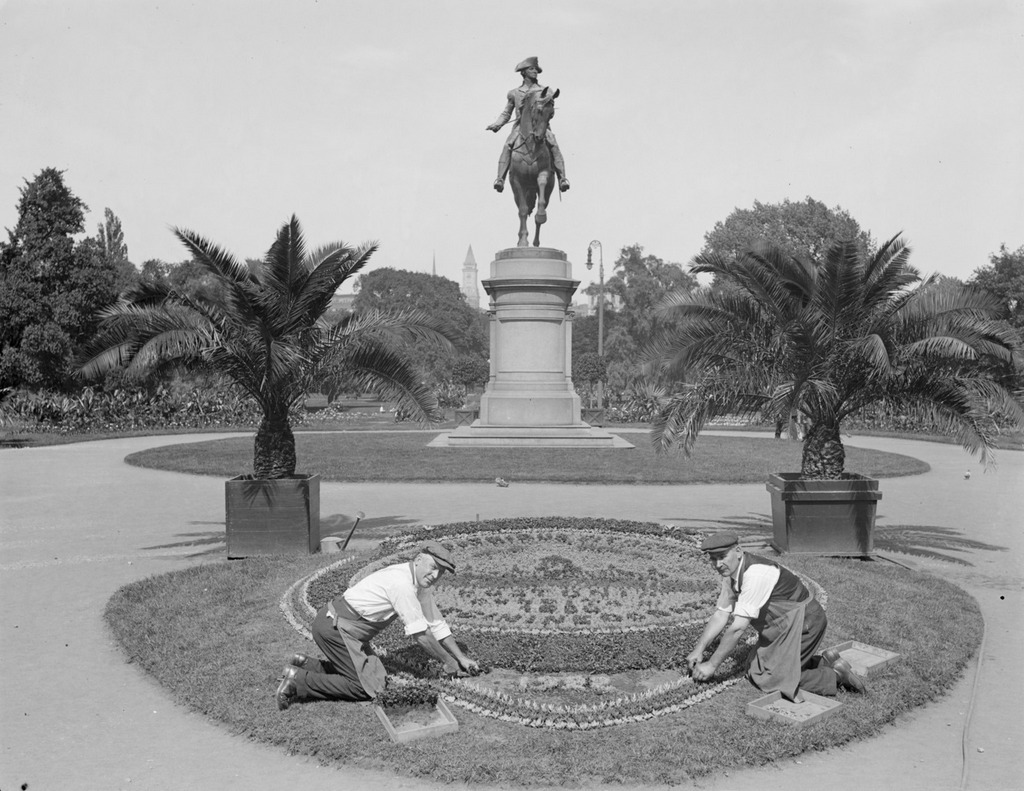 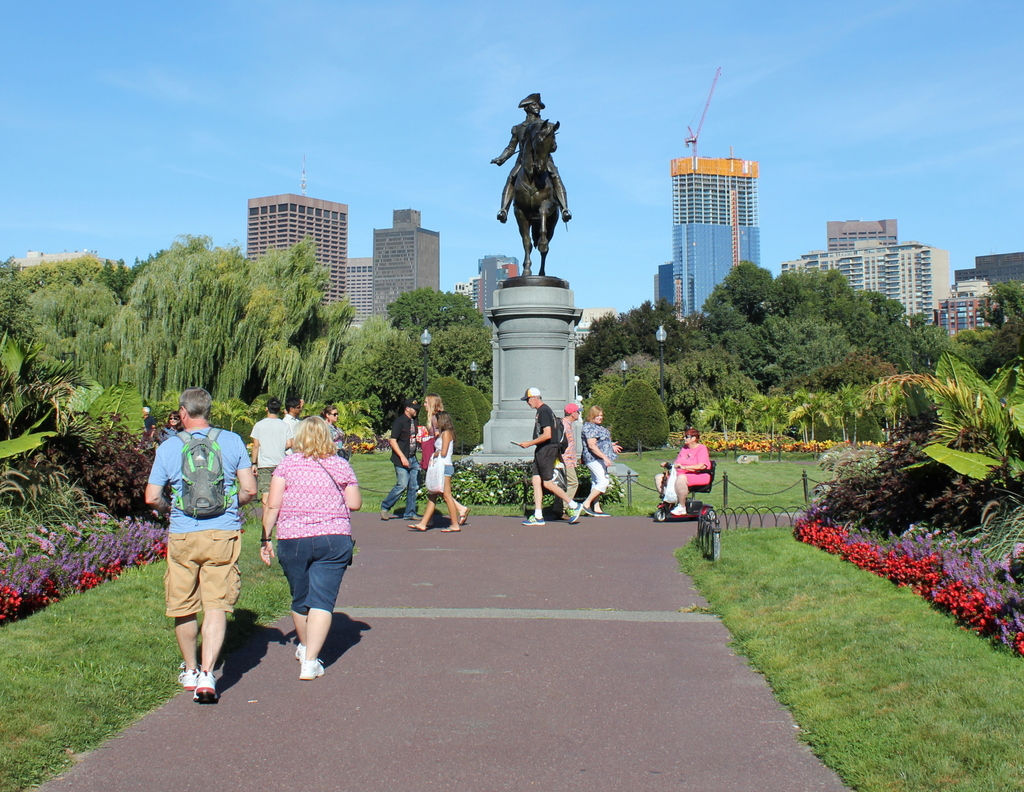 Boston Common was established in 1634 as the first public park in the country, and just over 200 years later, in 1837, the Boston Public Garden was created just to the west of it, as the first public botanical garden in the United States. The carefully-landscaped garden includes a pond, a bridge, a wide variety of plants, and several statues, including one of George Washington seen in these two photos.  The bronze statue has stood here since 1869, and it was designed by noted Boston sculptor Thomas Ball, whose other works include the Emancipation Memorial at nearby Park Square.

Some of the landscaping has changed at this entrance to the garden, and there are no floral arrangements like the one the men are working on in the first photo, but the most dramatic change in the past 80 or so years is the city skyline in the distance. When the first photo was taken, height restrictions prevented large skyscrapers from being built in the city, and the only one visible was the Custom House Tower, which, as a federal building, was immune to the city’s restrictions. Today, though, the restrictions are long gone, and Boston’s skyline continues to grow; the Millennium Tower, under construction to the right in the 2015 scene, will become the third-tallest in the city and the tallest in downtown when it is completed later in 2016.