The George Bancroft House at 49 Chestnut Street in Springfield, around 1893. Image from Sketches of the old inhabitants and other citizens of old Springfield (1893). 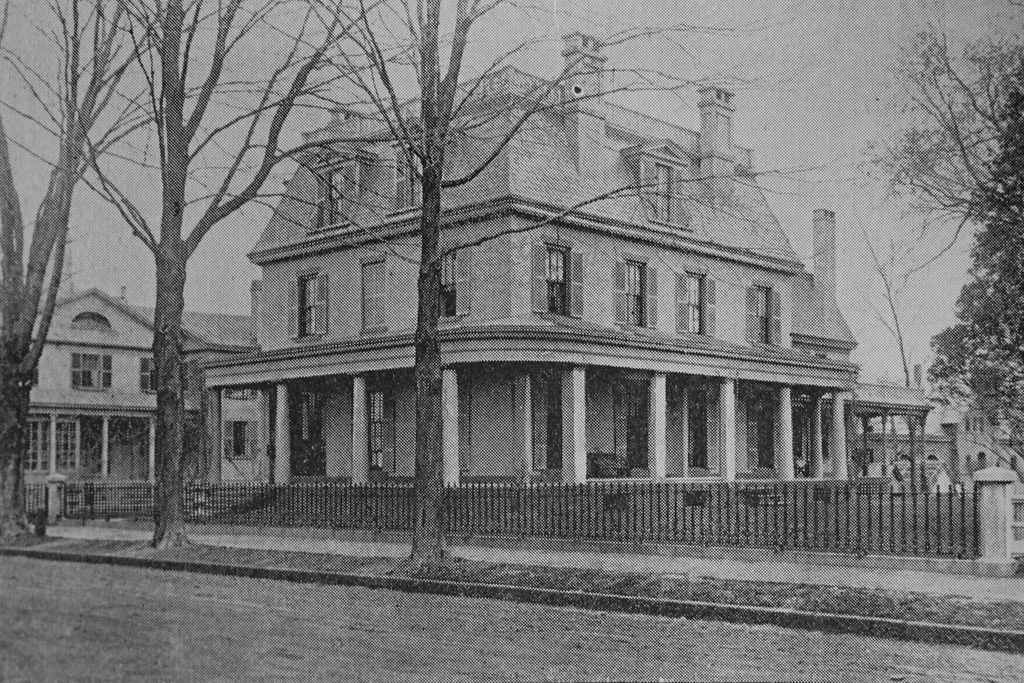 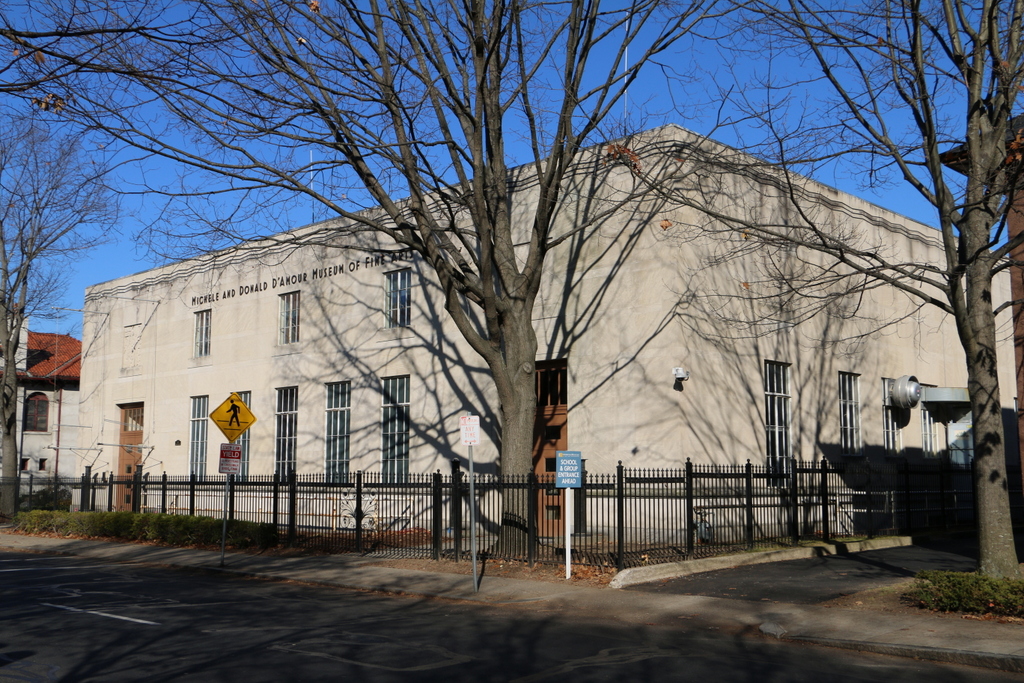 The house in the first photo was built in 1836 by Jonathan Dwight, Jr., a prominent businessman and local politician. It was a gift to his daughter Sarah and her husband George Bancroft, who had moved from Northampton to Springfield a year earlier. However, Sarah died only a few months later at the age of 34, and in 1838 Bancroft left Springfield after being appointed Collector of Customs for the Port of Boston. He never returned to Springfield, but he went on to have a successful political career, serving as the Secretary of the Navy from 1845 to 1846 and as the Ambassador to the United Kingdom from 1846 to 1849. In addition, he was a noted historian who published an extensive 12-volume history of the United States, which was written over a 30-year period from 1834 to 1874.

After Bancroft left this house, it was sold to his brother-in-law, Jonathan Dwight III, who lived here until he moved to Newport, Rhode Island in 1850. He, in turn, sold it to another brother-in-law of his, George Bliss, who then gave it as a gift to his daughter Sarah and her husband George Walker. Like the previous George who lived in this house, George Walker was also a nationally significant figure. He served a number of diverse roles; aside from his law practice and several terms in the state legislature, he was also influential in the banking industry. From 1860 to 1864 he served as the Massachusetts Banking Commissioner, and later on he was the founder and president of the Third National Bank of Springfield. He also served as the vice president of Western Union and as the vice president of the Gold and Stock Telegraph Company, and from 1880 to 1887 he added diplomacy to his resume, serving as the US Consul-General in Paris.

The third prominent owner of this house was William H. Haile, a politician who served as the city’s mayor in 1881, a state senator in 1882 and 1883, the Lieutenant Governor of Massachusetts from 1890 to 1892, and he was the unsuccessful Republican candidate for Governor in 1892. He had previously lived in a townhouse on nearby Mattoon Street, but he was living here on Chestnut Street by the early 1880s, and he remained here until his death in 1901.

The first photo was taken during Haile’s ownership, and it shows some of the alterations that had been made to the house over the years. It was originally built in the typical Greek Revival style that was common in Springfield during the 1830s, with two stories and a front gable roof. By the time the first photo was taken, though, the old roof had been replaced by a mansard roof and a third story, reflecting the Second Empire style that was popular in the 1860s and 1870s. In 1902, the house was purchased by George Walter Vincent Smith, the prominent art collector whose collection formed the basis of the art museum that now bears his name. He died in 1923, and at some point soon after his wife’s death in 1928, the house was demolished. It was replaced by a second art museum, the Art Deco style D’Amour Museum of Fine Arts, which now stands on the site of the old house.