The Kingsbury House at 34 Mattoon Street in Springfield, around 1938-1939. Image courtesy of the Springfield Preservation Trust. 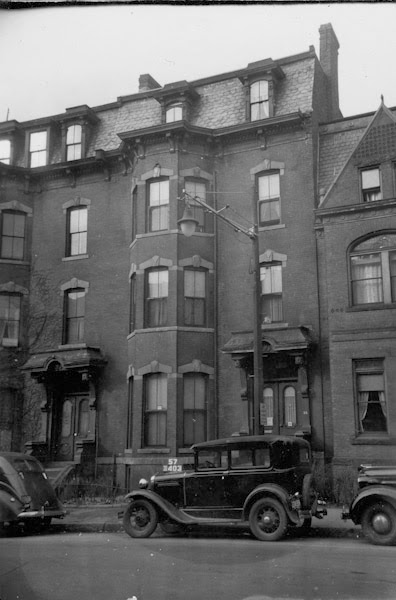 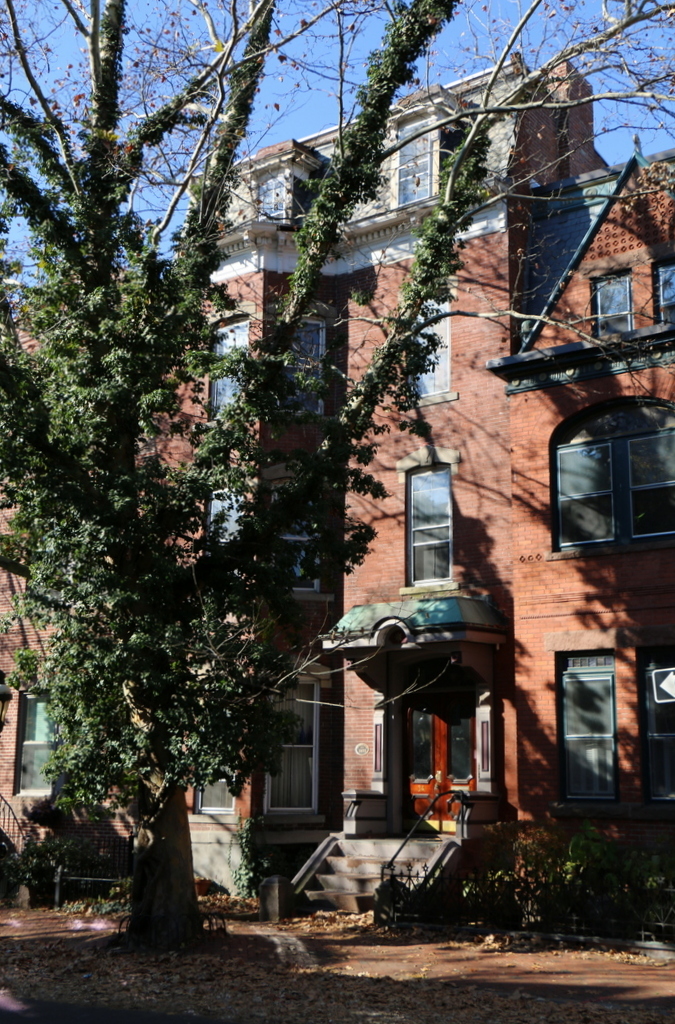 This house on Mattoon Street was built in 1873, and it was originally owned by George O. Kingsbury, a real estate developer who built over 400 homes in Springfield. His house was one of four identical four-story brick townhouses, all of which were built by contractors A.B. Howe and C.C. Moulton for some of the city’s prominent residents. However, over time the buildings deteriorated, and three of the four were demolished in the early 1970s, leaving only the Kingsbury house still standing. The vacant lot to the left was filled in the 1980s, though, when a condominium building was built at 26-32 Mattoon Street. Although new, it was designed to match the Victorian architecture of the rest of the street, and today it blends in well with the historic homes around it.