The house at 36 Mattoon Street in Springfield, around 1938-1939. Image courtesy of the Springfield Preservation Trust. 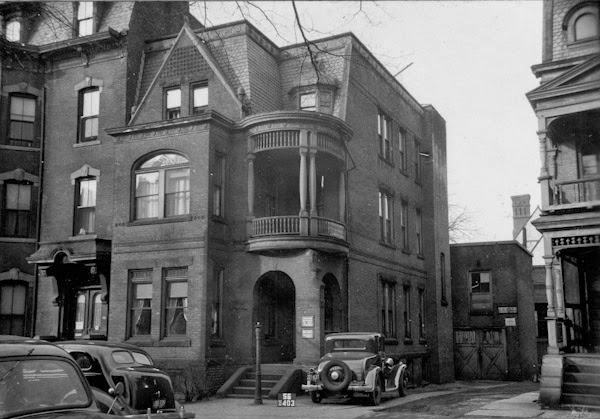 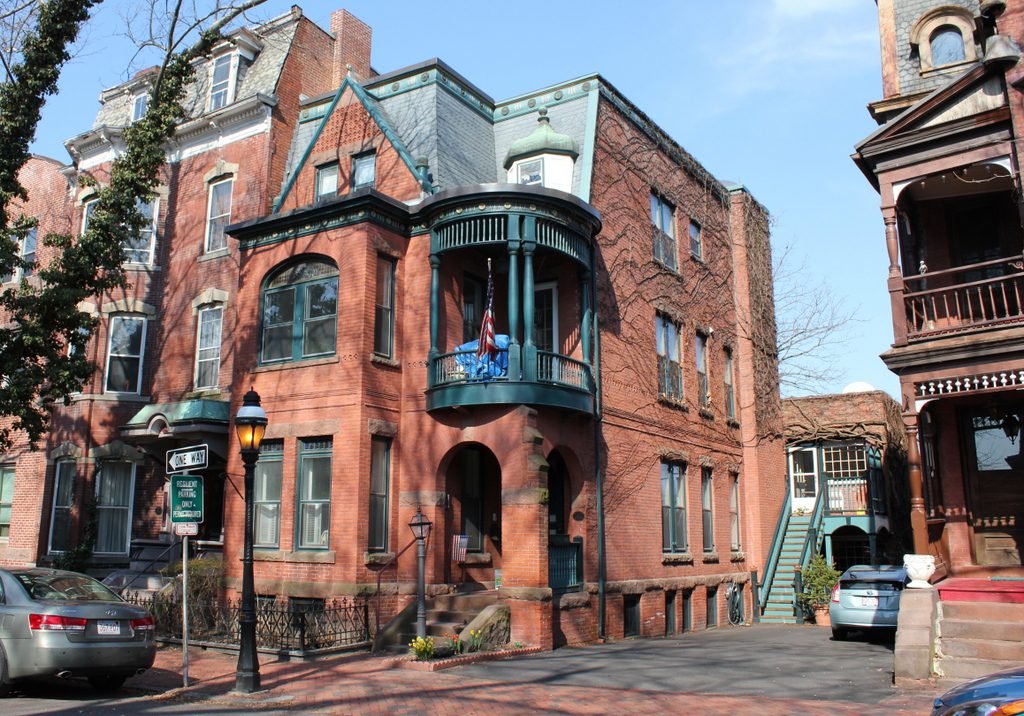 This house was built in 1888, at the same time as the matching duplex to the right, and these properties were among the last 19th century buildings to be completed on Mattoon Street. They were both owned by Lebbeus C. Smith, who rented this house to other tenants. One such resident here in 1901 was George Newell Bowers, an artist who was active in Springfield in the late 1800s and early 1900s. All three of the buildings visible in the first photo have been restored and are still standing today, and they are part of the Quadrangle-Mattoon Street Historic District on the National Register of Historic Places.