Looking south along the Town Green from Williams Street in Longmeadow, around 1902-1921. Image courtesy of the Longmeadow Historical Society, Emerson Collection. 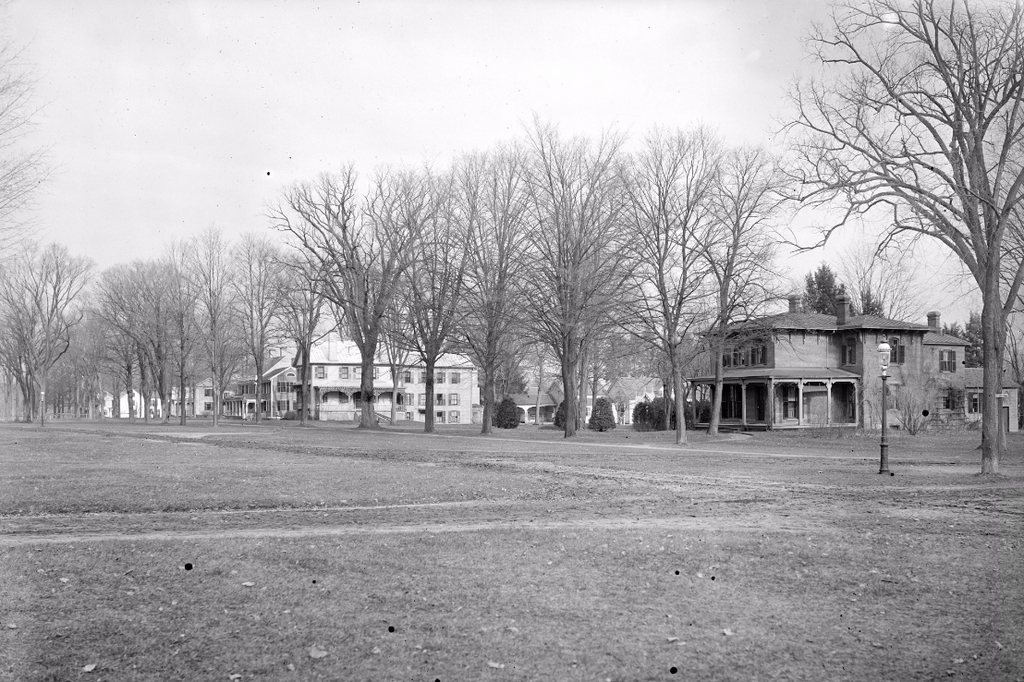 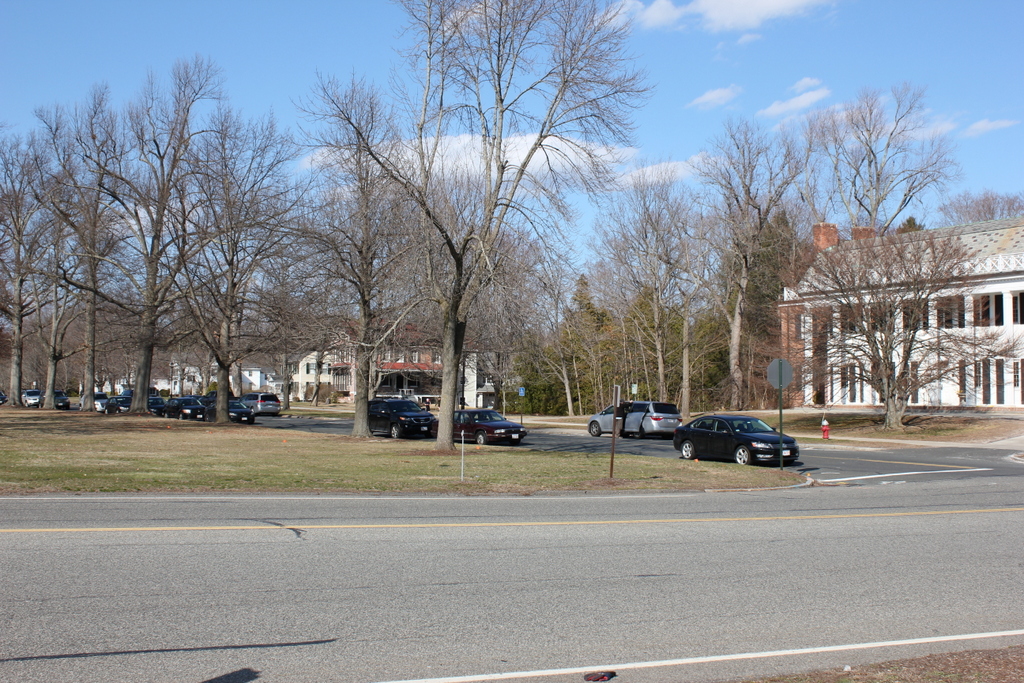 The first photo shows two of the houses that have been used as the parsonage for Longmeadow’s First Church of Christ, which is located just out of view to the right of the photos. The building in the distance just to the left of center is the Cordis House, which was built in 1832 for Jonathan Condit, the pastor of the church. He briefly lived here, as did the next pastor, Hubbard Beebe, but in 1845 it was sold to Thomas Cordis, whose descendants continue to own the house.

The house on the right side of the first photo was built only 25 years later, but it shows a shift in architectural style from the fairly plain Green Revival design of the Cordis House to the far more decorative Italianate style that became popular in the mid 19th century. This parsonage was built in 1857, and was first occupied by John Wheeler Harding, who served as pastor from 1850 until 1891. Several other pastors lived here before it was moved in 1921 to build the Community House. The old parsonage is now located just to the south of the church, where it has been used as a church school, the residence of the church caretaker, and currently as a Montessori school.