Facing north on the Town Green in Longmeadow, on July 5, 1903. Image courtesy of the Longmeadow Historical Society, Emerson Collection. 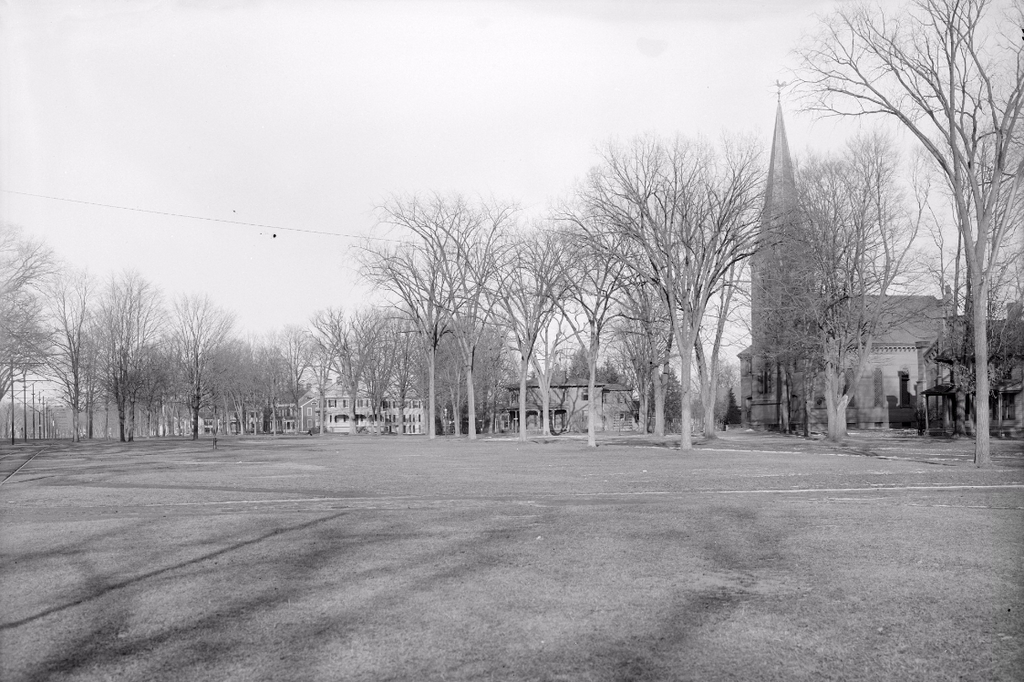 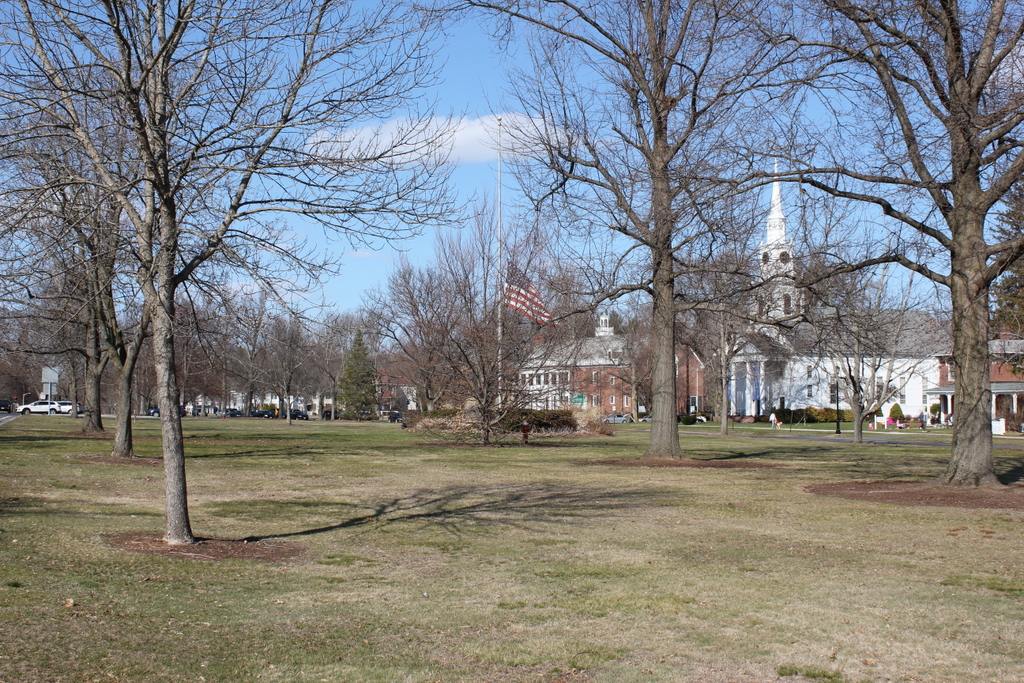 Longmeadow’s Town Green is a historic district on the National Register of Historic Places, and it is surrounded by a number of buildings dating back to the 18th and 19th centuries. There have been some changes since the first photo was taken, particularly to the church and its parsonage. The church, surprisingly, is the same one from the first photo, just with some significant alterations, and the parsonage is the same building, just in a different location. It is located in about the center of the 1903 photo, just north of Williams Street, but it was moved to the other side of the church around 1921, where it is visible on the far right in the 2016 photo. The large Colonial Revial-style Community House, which was built on the old site of the parsonage in 1921, is the newest building in this scene and the only one that does not appear in the 1903 photo.