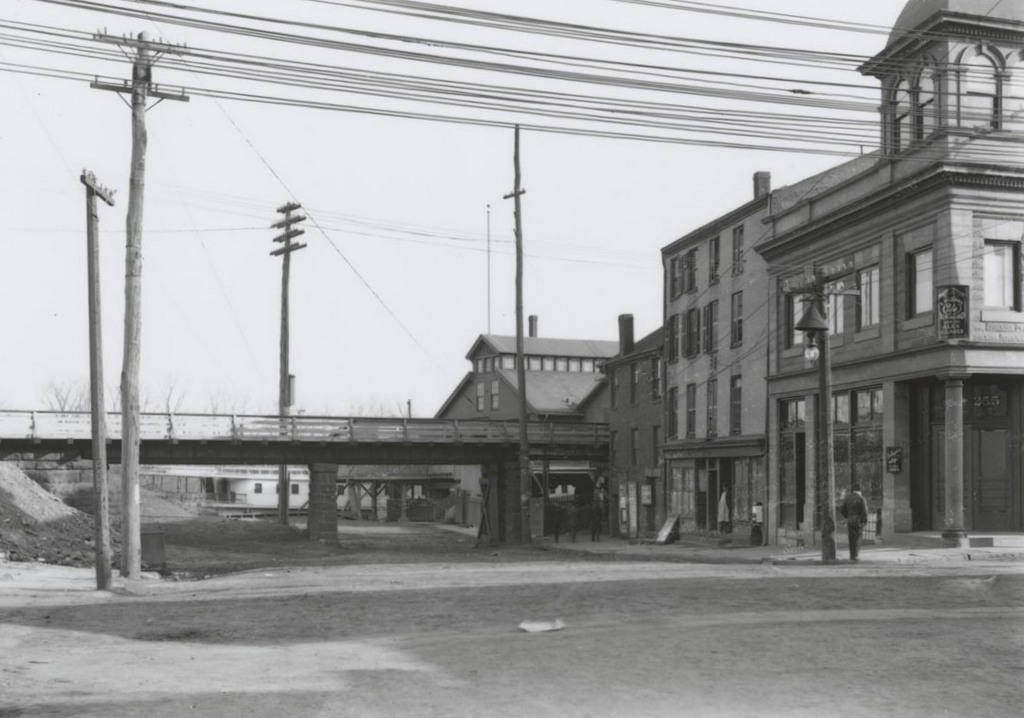 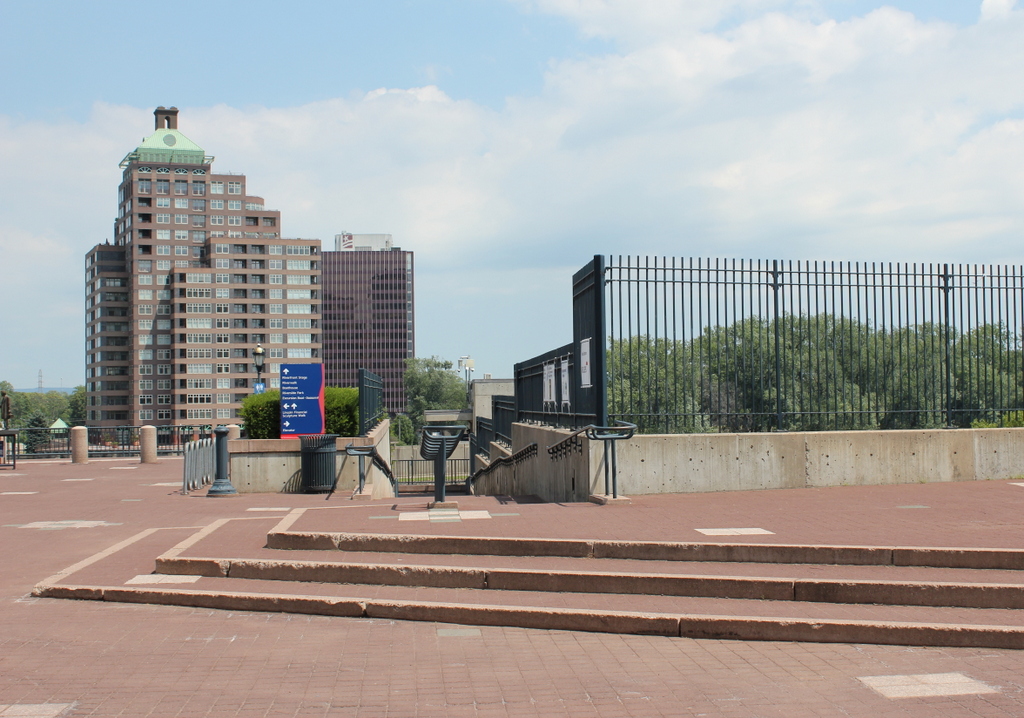 It was hard to pinpoint the exact location of this photo, because Interstate 91 has completely obliterated the old street layout along the Connecticut River. The highway now runs directly through the 1905 scene here, but the present-day photo was taken from the plaza above the highway. So, it is the same spot as the first photo, just elevated probably about 20-30 feet.

Today, State Street extends across the Founders Bridge into East Hartford, and is a major thoroughfare in and out of the city. However, at the turn of the last century it ended here at the river, in much more humble surroundings than the busy commercial center just a few block away at the other end of the street. In the foreground is a bridge for the railroad tracks that ran along the Connecticut River, and just beyond it, in the center of the photo, was a warehouse for the Hartford & New York Transportation Company, a steamboat line that operated on the river. One of the boats is partially visible in the distance at the foot of State Street, at the city’s steamboat landing.

Steamboats have long since disappeared from the Connecticut River, along with all of the buildings here. Some were probably damaged or destroyed in the major floods of the 1930s, but any that did survive would have been gone by the 1960s, when I-91 was built through here. Today, this plaza above the highway provides riverfront access for pedestrians, and also connects to the walkway on the Founders Bridge. The only surviving remnant from the first photo is the railroad, which is still active but now mostly hidden beneath the highway.