Looking west on Temple Street from Market Street, around 1903-1906. Image courtesy of the Connecticut State Library. 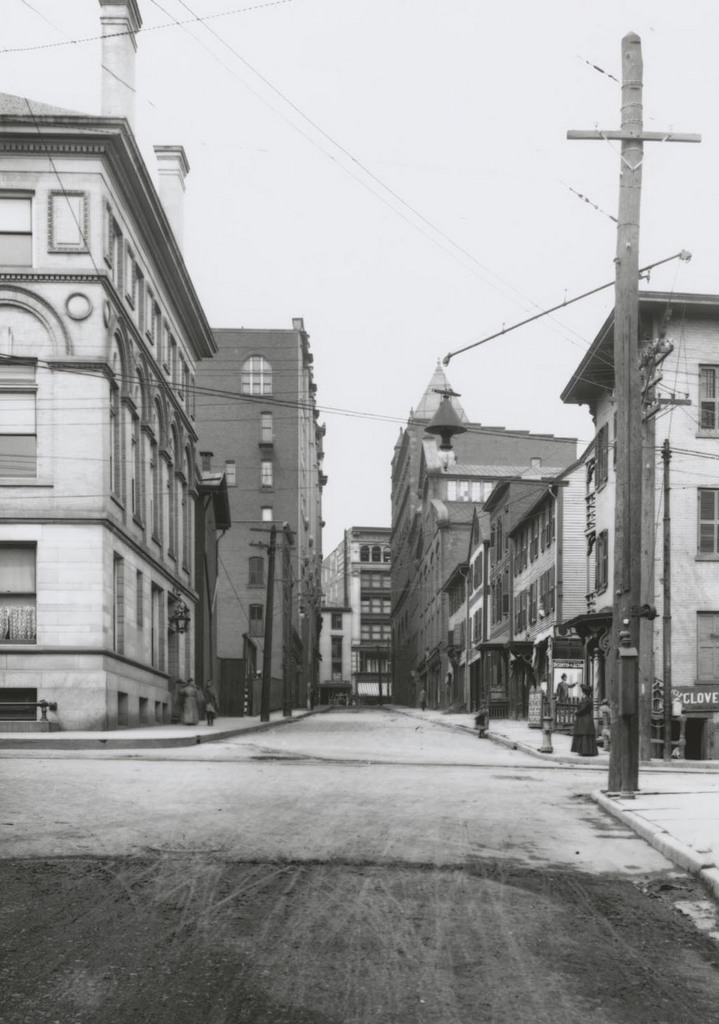 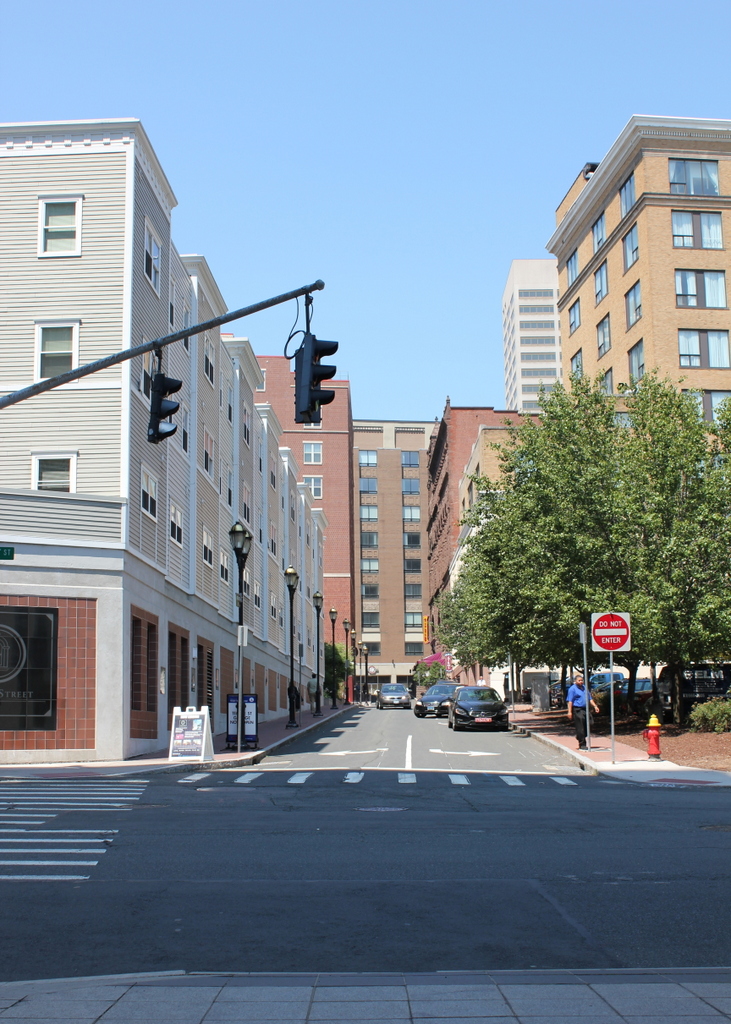 When the first photo was taken, Temple Street extended for two block from Main Street to Front Street (now Columbus Boulevard), but it was later reduced by half, and today ends here at Market Street. This scene shows the same intersection as the photos in the previous two posts here and here, and some of the same buildings are identifiable from the other photos, including the police department building on the left in the first photo, and the commercial block/boarding house on the right, which housed everything from a barber shop to a bicycle shop to a laundromat.

Today, the only building left standing is in the distance on the right side of the street, at the corner of Main Street. Known as the Cheney Building, this Hartford landmark was completed in 1876, and was designed by prominent architect Henry Hobson Richardson. It has survived 140 years of redevelopment and urban renewal, and it is now a hotel, with shops and restaurants on the lower floors.