The Maplewood, on the north side of Maplewood Avenue, between North and First Streets, around 1900-1920. Image courtesy of the Library of Congress, Detroit Publishing Company Collection. 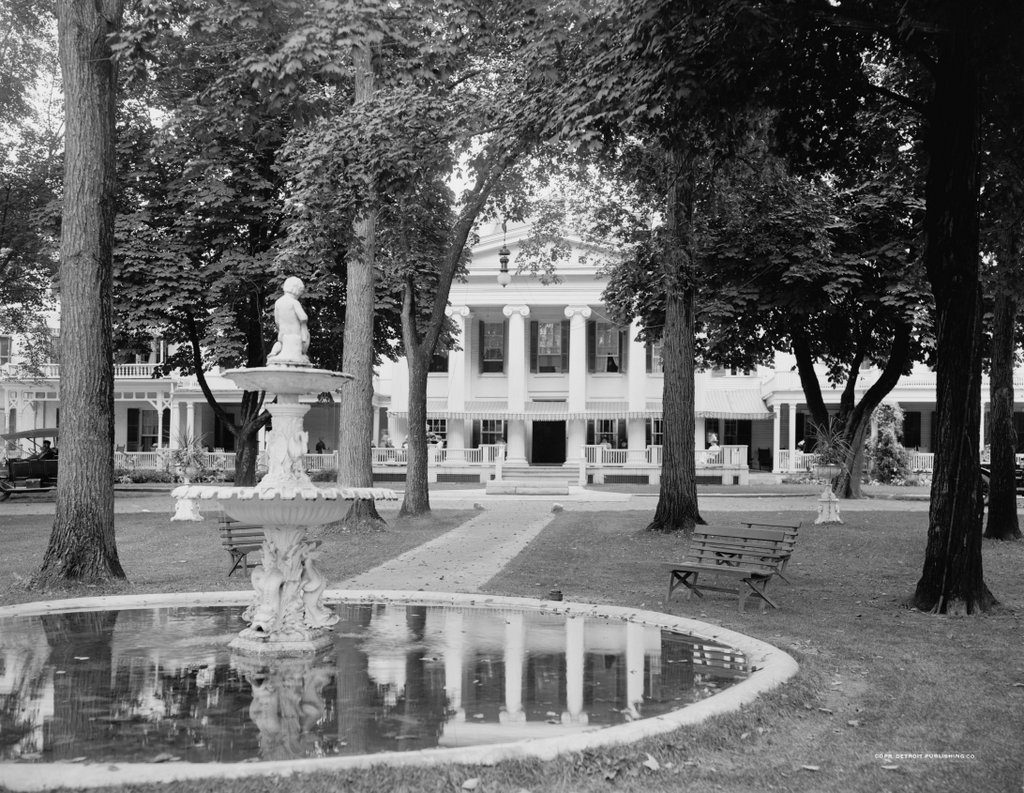 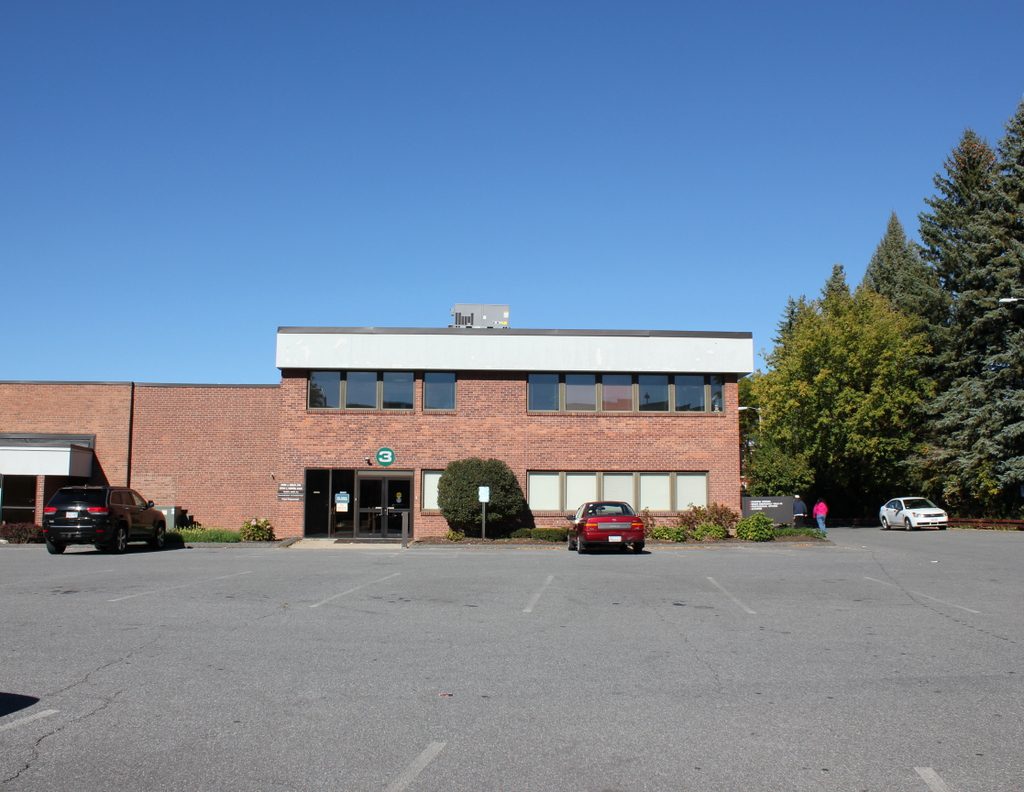 This property has seen a variety of uses over the past two centuries. After being used as farmland in the late 1700s, it became a military base and prisoner of war camp during the War of 1812. The grounds were sold after the war, and by the 1820s a school was established on the site. In 1841, the school became the Pittsfield Young Ladies Institute, and was later known as the Maplewood Institute. During this time, the school hosted the country’s first intercollegiate baseball game, with rival schools Amherst College and Williams College playing here on July 1, 1859. The game drew large numbers of Maplewood girls, who watched Amherst win 73-32 in 26 innings, in a game that bore little resemblance to today’s game.

The school grew over time, with the campus ultimately consisting of an assortment of interconnected buildings that had been built over the course of the 19th century. Perhaps the most unusual addition to the school had been the old First Church, which had been built at Park Square in 1793 by architect Charles Bulfinch. It was damaged in a fire in 1851 and moved here, where it was put to use as a gymnasium. It was still standing when the first photo was taken, and would have been located directly behind the building seen here.

By the end of the Civil War, the school enrolled about 200 girls, but it soon entered a period of decline. Its problems were compounded by the Panic of 1873, which caused significant damage to the United States economy. The school never fully recovered, and closed for good in 1884. Three years later, the buildings were converted into a hotel. It reopened as The Maplewood, and was one of many resort hotels that sprung up in the Berkshires during the late 19th century.

The first photo was taken during its time as a hotel, but like so many other grand hotels of the Gilded Age, it suffered in the 1930s. Just as an earlier financial crisis had doomed the school, the hotel could not survive the Great Depression, and it was sold at a bankruptcy auction in 1936. Nearly all of the buildings, including the old Bullfinch church, were demolished. Even the fountains, including presumably the one in this photo, were melted down as scrap metal during World War II. Only one building, just out of view to the right of this scene, was preserved, and it is now a condominium building. Of the objects that are visible in this photo, only the columns survive. They were donated to Tufts University when the building was demolished, and they now support a porch in front of Ballou Hall.

1 thought on “The Maplewood, Pittsfield, Mass (1)”