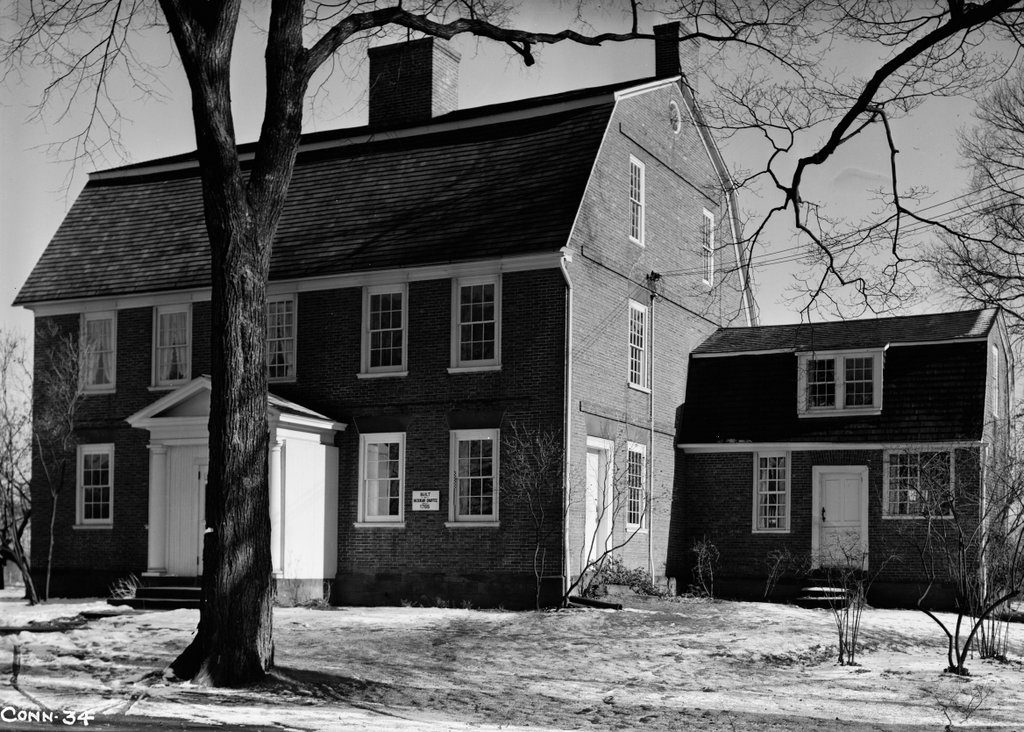 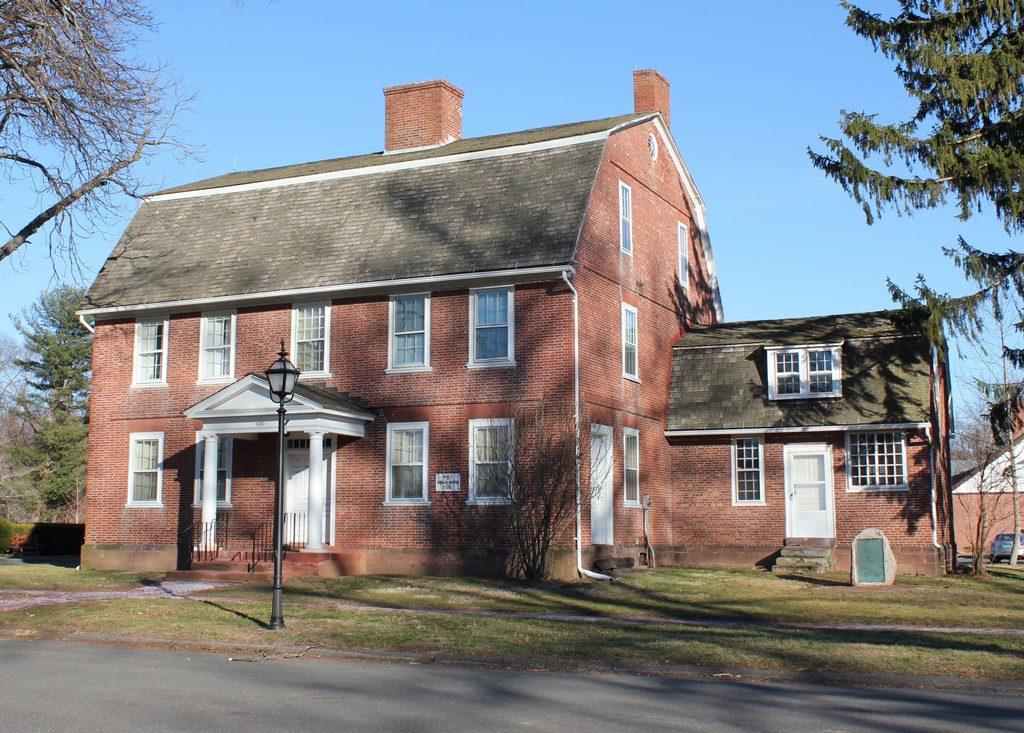 Dr. Hezekiah Chaffee was born in 1731 in Rehoboth, Massachusetts, and in the mid-1750s he moved to Windsor. Here, he married Lydia Griswold Phelps, a widow who was nine years older than him. He evidently prospered in his profession, because around 1765 he built this large, elegant home, directly opposite the green at the old town center on Palisado Avenue. Here, the Chaffees raised their five children: Hepsibah, Mary, Hezekiah, Jr., Esther, and John. They also had several slaves, with town records in 1791 indicating that an unnamed slave gave birth to a daughter, Betty Stevenson. At the time, slavery was legal in Connecticut, and would officially remain so until 1848, although gradual emancipation had reduced the number of slaves in the state to just a few dozen by then.

Perhaps the most notable event in the early history of the house came on November 4, 1774, when John Adams spent the night here while on his way back home from Philadelphia after the First Continental Congress. The future president kept a diary during the trip, primarily with brief daily accounts of where he ate and slept, along with occasional remarks about the character of his hosts. In his entry for “Fryday Novr. 4,” he mentioned that he dined in Hartford, and then “Lodged at Dr. Chafy’s in Windsor. Very cordially entertained.”

Dr. Chaffee lived here for the rest of his life, and also had his medical practice here in one of the ells of the home. His wife Lydia died in 1801, and he died in 1819, at the age of 88. The house went to his son, Hezekiah, Jr., who was also a physician. He died just two years later, but the house would remain in the Chaffee family for another century.

In 1926, the house became part of the Loomis Institute, a private school that had been founded 12 years earlier. Located a little north of the Loomis campus, the house became the Chaffee School, the girls-only counterpart to Loomis. It was in use by the school in 1937, when the first photograph was taken as part of Great Depression-era efforts to document historic buildings across the country. The two schools consolidated in 1970, forming the current Loomis Chaffee School.

The house was subsequently sold to the town of Windsor, and it is operated by the Windsor Historical Society as a museum. More than 250 years after its completion, and despite several changes in use, the house remains well-preserved on both the interior and exterior. It is one of the finest examples of Georgian architecture in Windsor, a town that features many historic 18th century homes. Because of this, it was added to the National Register of Historic Places in 1972, and it was subsequently designated as a contributing property in the Palisado Avenue Historic District, which also encompasses many of the other surrounding historic homes.