The house at 79 Bowdoin Street in Springfield, around 1938-1939. Image courtesy of the Springfield Preservation Trust. 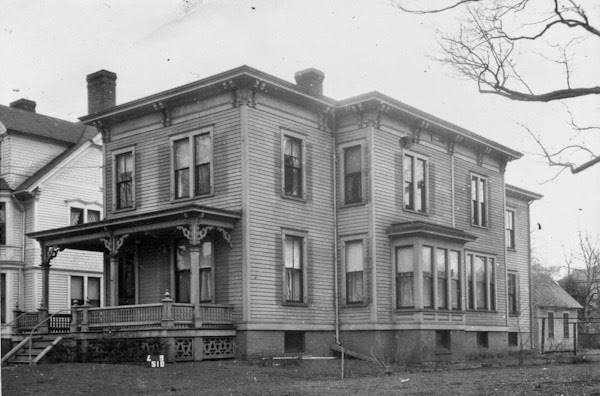 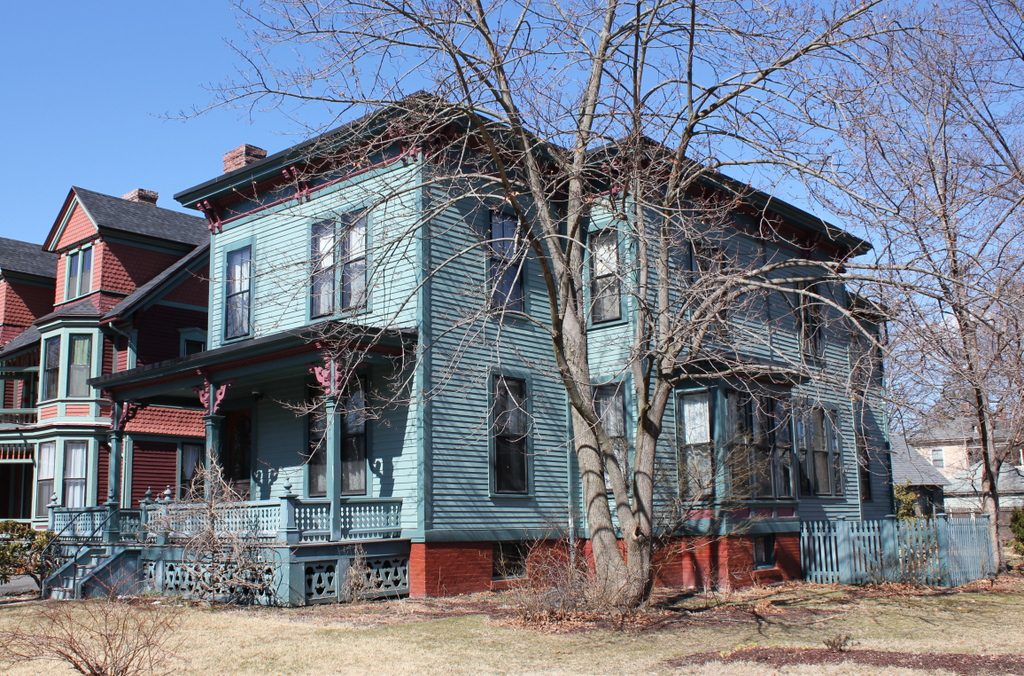 The Ingersoll family has a long history here in the McKnight neighborhood, which predates the large-scale development of the area by many decades. In the mid-1840s, Major Edward Ingersoll purchased property on the north side of Worthington Street as his estate. He landscaped the property, which became known as Ingersoll’s Grove, and owned it for about 20 years. During this time, Major Ingersoll was the paymaster and storekeeper of the U.S. Armory, a position he held from 1841 to 1882. Near the end of his life, long after he had sold his estate on Worthington Street, the property was purchased and developed by William and John McKnight, and the street Ingersoll Grove was named in his honor.

Major Ingersoll and his wife Harriet had six children, including James C. Ingersoll, who moved into this house when it was built around 1874. It was only a short walk from his father’s old estate, although at this point the neighborhood was changing rapidly from what it would have looked like during his childhood at Ingersoll’s Grove. James Ingersoll’s house was part of the first wave of large-scale development in the neighborhood, and as a result its architecture is significantly different from most of the later homes. Unlike the highly ornamented Queen Anne homes that would follow, Ingersoll’s house had simpler Italianate architecture, and was built near the end of this style’s popularity.

James and Ellen Ingersoll moved into this house soon after their marriage in 1873, and they raised three children here, Robert, Elizabeth, and Raymond. They lived here for many years, and during this time James worked as a bookkeeper. Robert married Florence Bradley, the daughter of toy manufacturer Milton Bradley, and the couple later moved into the neighboring house at 69 Bowdoin Street. Raymond never married, and lived with his parents for the rest of their lives. According to the census records, he worked as a lithographer for a toy company, presumably Milton Bradley. Ellen died in 1925, and James in 1937, more than 60 years after he moved in.

When the first photo was taken, Raymond was still living here, and the 1940 census indicates that he also rented space in the house to two lodgers. He lived in this house for his entire life, until his death in 1960 at the age of 79. At some point in the mid-20th century, the house was covered in asbestos siding, but it otherwise retained most of its Italianate design, including the bracketed cornice. It was restored in the 1980s, though, and today it looks essentially the same as it did when the Ingersoll family lived here. Along with the other houses in the area, it is part of the McKnight Historic District on the National Register of Historic Places.