The house at 264 Sumner Avenue in Springfield, around 1938-1939. Image courtesy of the Springfield Preservation Trust. 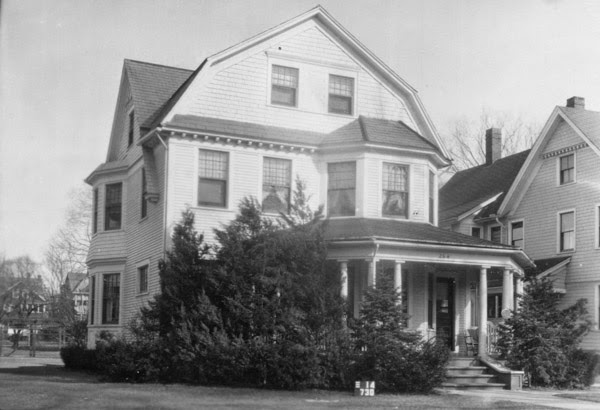 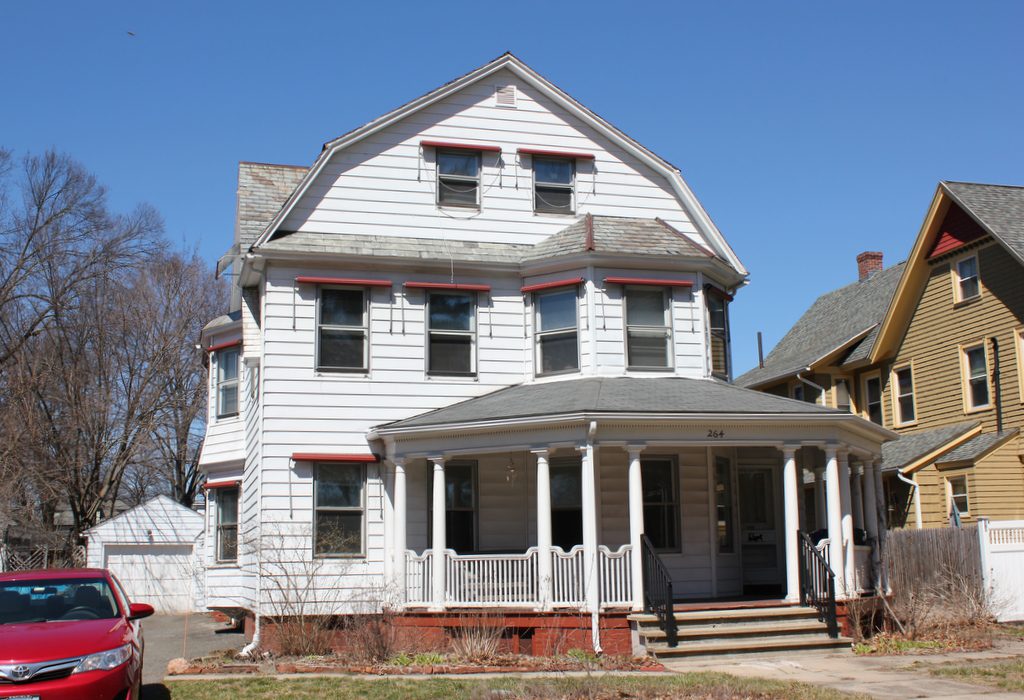 This house on Sumner Avenue was built in 1897 for Archibald M. Stone, who lived here with his wife Theresa and their son Archibald. He was listed as a traveling salesman in the 1900 census, and he lived here until about 1905. By 1910, the house was owned by Gottlieb Baer, a cigar manufacturer who had immigrated to the United States from Switzerland in the 1860s. He and his wife Theresia had six children, one of whom died young. The other five were all living here in 1910, with ages ranging from 12 to 28. Theresia died in 1914, but Gottlieb remained here into the 1920s, before moving to Longmeadow.

By 1930, the house was owned by Jacob Ginsberg, his wife Sarah, and their 25-year-old son Irving. Both Jacob and Sarah were Jewish immigrants from Poland who had come to the United States in the late 1800s, and Jacob worked as a real estate agent. Jacob died in 1938, around the time that the first photo was taken, although Sarah and Irving were still living here during the 1940 census. However, at some point during the 1940s Sarah sold this house and moved to a nearby house on Belmont Avenue.

During the mid-20th century, part of the house was converted into doctors’ offices, and the exterior was covered in siding, which removed much of the home’s original details. Despite the changes, though, the house is part of the Forest Park Heights Historic District, which was added to the National Register of Historic Places in 1982.