The houses at 3 and 5 Commonwealth Avenue in Boston, sometime in the 1870s. Image courtesy of the Boston Public Library. 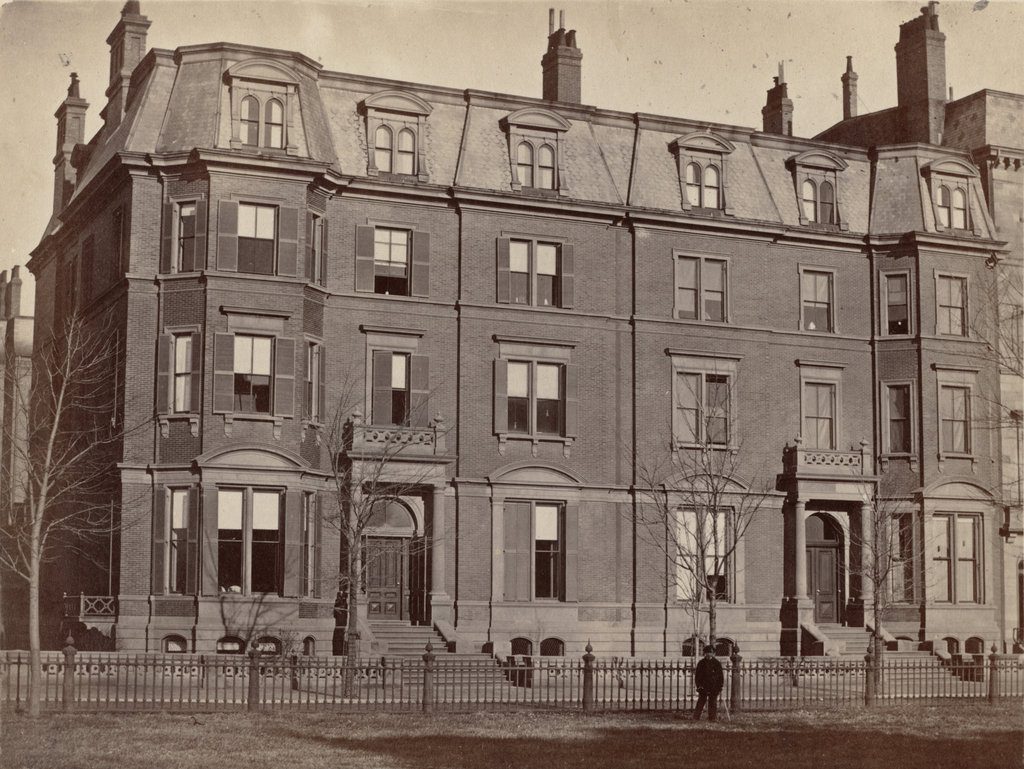 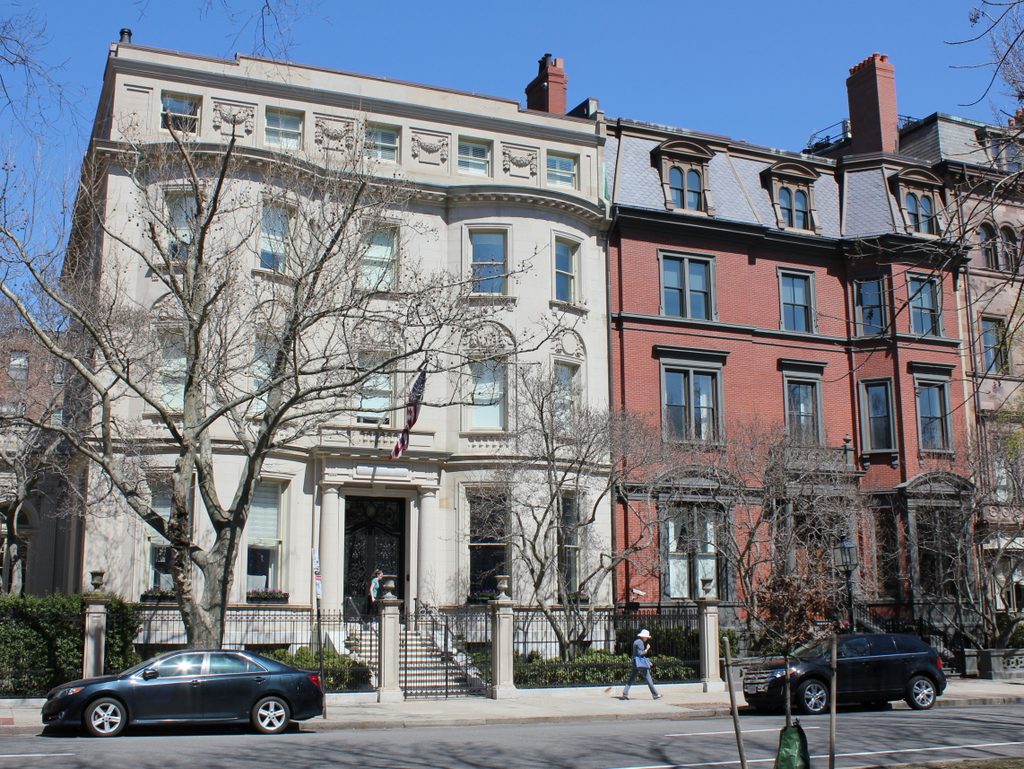 Like the neighboring homes at 7-9 Commonwealth, these houses here were completed around 1861, and were among the first to be built in the new Back Bay development. The entire neighborhood was designed to attract Boston’s upper class, but these houses occupy a particularly prime location, on the sunny north side of Commonwealth Avenue and just up the street from the Public Garden. Built as a symmetrical pair, they were originally owned by two siblings, with Abbott Lawrence and his wife Harriette on the left at 5 Commonwealth, and Abbott’s sister Annie and her husband Benjamin Rotch in 3 Commonwealth on the right.

Abbott and Annie were children of Abbott Lawrence, Sr., a textile manufacturer and namesake of the city of Lawrence, Massachusetts. He was also a Congressman in the 1830s, and he later became the minister to the United Kingdom, serving from 1849 to 1852. His children moved into these houses about six years after his death in 1855, and the younger Abbott followed in his father’s footsteps as a textile manufacturer.

Annie’s husband, Benjamin Rotch, was also an industrialist, and had been one of the founders of the New England Cordage Company in New Bedford. This ropemaking company was founded in 1842, and originally supplied rope for whaling ships. By the time he and Annie moved into this house, the whaling industry was in sharp decline, but his company remained profitable, manufacturing rope for textile mills, salt mines, and oil wells, among a variety of other uses.

Both families were living in these houses when he first photo was taken, and they remained here for many years afterward. Benjamin died in 1882, but Annie remained in the house on the right until her death in 1893, the same year as her brother Abbott. Abbott’s house on the left was owned by Harriette until her death a decade later, and the house was subsequently sold. In 1905, the house was rebuilt with a Classical Revival-style design that was common for Back Bay homes of the early 20th century.

These houses have since gone through a variety of owners and uses over the years. On the left, 5 Commonwealth was a single-family home until the 1940s, when it was sold to the Boston Center for Adult Education. This organization owned the property until 2009, and the house has since been converted back into a single-family home. In the meantime, for most of the 20th century the house on the right was owned by the prominent Ames family, who leased it to the French consulate from 1961 to 1995. The house was then converted into five  condominium units, but it is otherwise unchanged from the exterior, providing a sharp contrast to the heavily altered exterior of the house on the left.

For more detailed historical information on these houses, see the Back Bay Houses website for 3 and 5 Commonwealth.