The house at 73 Washington Road in Springfield, around 1938-1939. Image courtesy of the Springfield Preservation Trust. 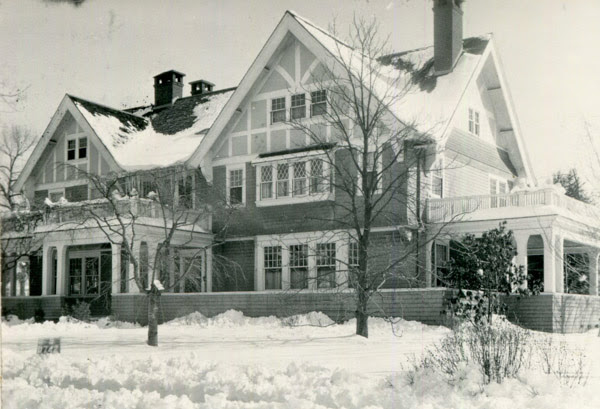 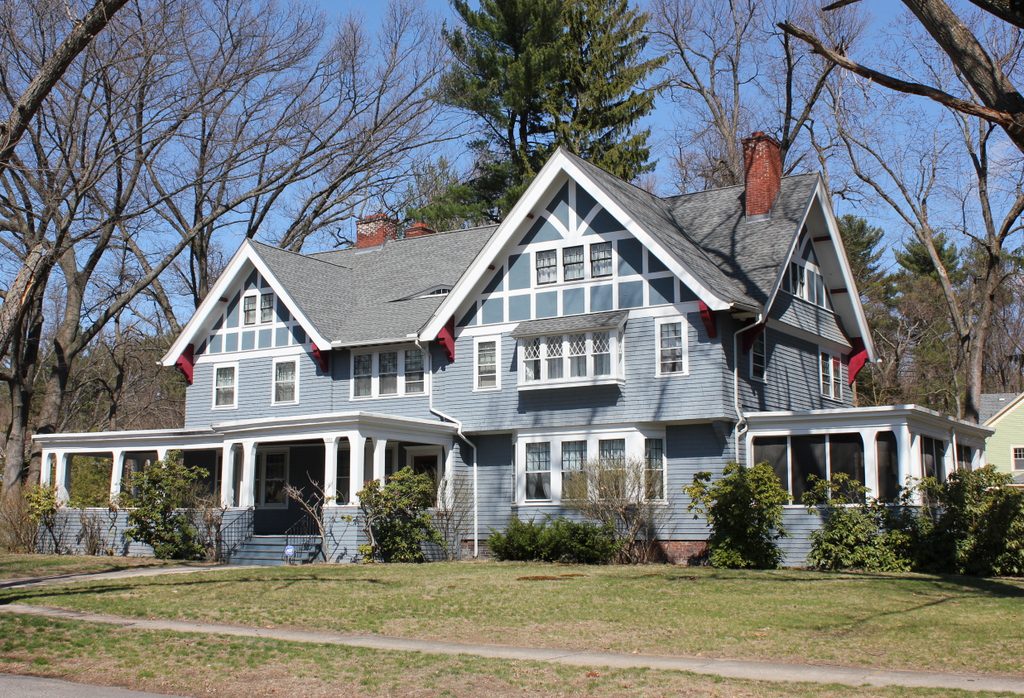 The Forest Park neighborhood features a number of large mansions from the early 20th century, most of which are located along Longhill Street. On the side streets, the houses tend to be more modest in size, but one of the exceptions is this house, which was built in 1902. Its architecture is a combination of Colonial Revival and English Revival styles, and it was designed by G. Wood Taylor, who was one of the city’s leading architects of the era. Aside from being far larger than most of the other homes in the neighborhood, it also enjoys an idea location at the corner of Washington Road and Pineywoods Avenue, far removed from the busy Sumner Avenue and directly across from Forest Park.

The house was built for Frank L. Brigham, a clothing merchant who was the president of the Springfield-based D. H. Brigham & Company. The store specialized in women’s clothing, and for many years it was located in the old Springfield Republican building, which is still standing at 1365 Main Street. Frank Brigham began working for the store in the late 1890s, and he served as president until his retirement in 1915, when he sold his interest in the company. During this time, he lived here in this house with his wife Frances, and their two daughters, Frances and Dorcas. Frances’s mother, Euretta, also lived here, and the family also employed two-live in servants.

The family sold the house soon after Brigham’s retirement, because by 1916 it was owned by attorney James L. Doherty, who lived here with his wife Harriet and their two sons, James and Louis. He died in the early 1920s, but by the 1930 census Harriet was still living in this house. Both of her sons were also still here, with James working as a stock broker and Louis following in his father’s footsteps as a lawyer. However, the family sold the house just a few years later, and by the time the first photo was taken it was the home of Jacob and Eva Fisher, Russian immigrants who lived here with their two adult children, Milton and Anita, along with Anita’s husband, Abbott Brunelle.

In the nearly 80 years since the first photo was taken, there have been some minor changes, including the removal of the patio at the front of the house and the balustrades atop the porches. Overall, though, the house has been well-maintained, and it still stands today as one of the largest homes in the neighborhood. Along with the rest of the area, it is now part of the Forest Park Heights Historic District, which was added to the National Register of Historic Places in 1982.