The house at 133 Longhill Street in Springfield, around 1938-1939. Image courtesy of the Springfield Preservation Trust. 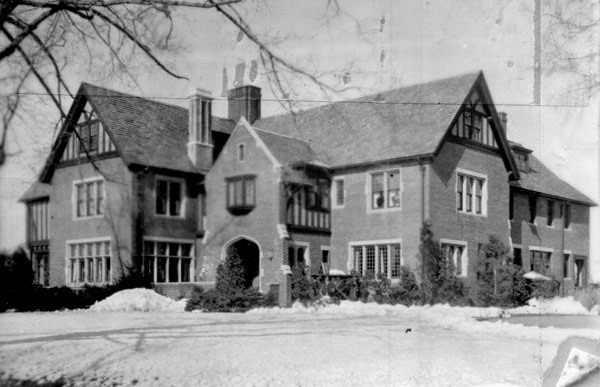 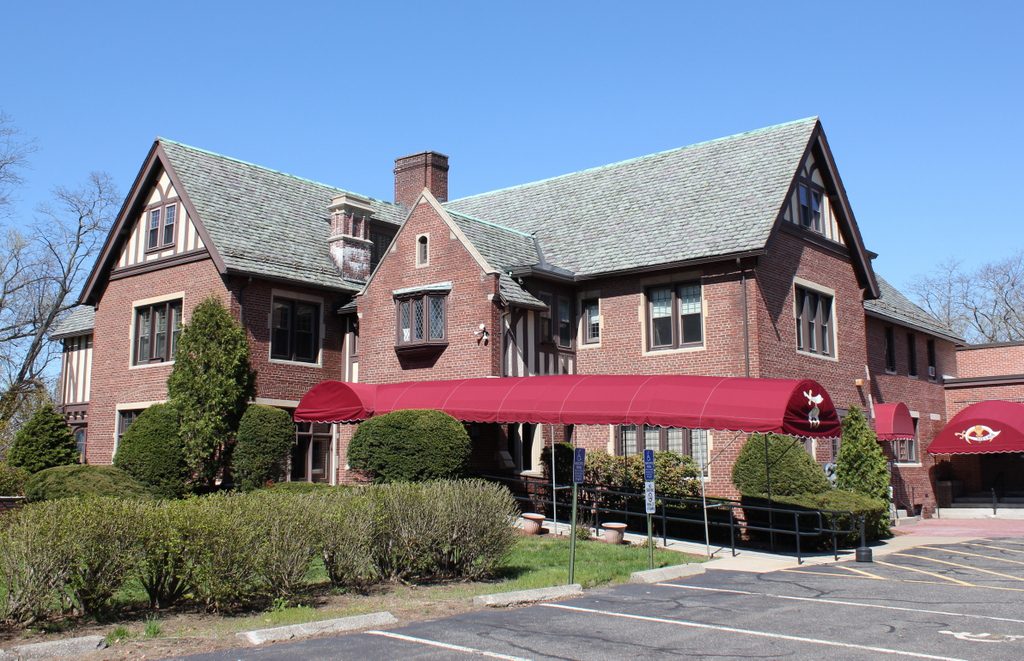 Dwight W. Ellis was born in Monson, Massachusetts in 1885, and was the son of textile manufacturer Arthur D. Ellis. Arthur’s father, also named Dwight W. Ellis, had established a textile mill in Monson in 1871, and Arthur took control of it after his father’s death in 1899, adding a second factory in 1908. After Arthur’s death in 1916, the younger Dwight acquired the firm, which became A. D. Ellis Mills Incorporated in 1923. Over the years it made a wide variety of textiles, including uniform fabric for Annapolis, West Point, the Marine Corps, and the New York Police Department, as well as cloth for such diverse uses as billiards tables, caskets, and automobile upholstery. The mills produced upholstery for the White House cars, and also for the car used by Queen Elizabeth II at her coronation in 1952.

Although he spent much of his life in Monson, Dwight W. Ellis moved to Springfield in the late 1920s, along with his wife Marion and their three children. Here, he purchased property on Springfield’s exclusive Longhill Street, and built this Tudor Revival-style home, which was described in a 1980s city library pamphlet as “the most extravagant mansion ever built in the Forest Park neighborhood.” It was designed by the Boston-based architectural firm of Chapman & Frazer, which specialized in Medieval-inspired designs such as this, and cost some $60,000 to build by the time it was completed in 1928.

The Ellis family was still living here when the first photo was taken a decade later, and Dwight’s mills were still prosperous. During the 1940 census, his income was listed as “over $5,000,” which was the highest income bracket on the census, and despite the Great Depression, the family could still afford to hire two live-in servants. However, by the middle of the century the New England textile industry was struggling, and the Ellis mills were no exception. In 1958, Dwight’s son, Dwight Jr., testified before a U.S. Senate hearing, explaining the company’s plight, which he blamed on stiff foreign competition and low tariffs. He told the senators about the company’s long history, their high-quality fabrics, and their state-of-the-art production methods, before explaining how they recently had to lay off half their workers and close one of the mills.

In the midst of the company’s financial problems, the older Dwight sold his house to the Melha Shriners in the mid-1950s. They expanded the house to use it as the organization’s headquarters, and the renovated building was dedicated in 1959. This included a large addition to the back, but the front of the house remained essentially unchanged, as the two photos show. Unfortunately, things did not end so well for Ellis or his mills. With both his company and his health failing, 75-year-old Dwight committed suicide in 1961, leaving Dwight Jr. to take over as president until the following year, when the nearly century-old firm finally closed.

Today, the house is one of the many early 20th century mansions that still stand on Longhill Street, and it is a contributing property in the Forest Park Heights Historic District on the National Register of Historic Places. It has remained as the headquarters of the Melha Shriners ever since Ellis sold the house in the 1950s, but earlier this year the organization announced plans to sell the property. Amid declining membership and high upkeep costs, the Shriners are looking to downsize in order to focus on their primary mission of supporting Springfield’s Shriner’s Hospital, so as of right now the fate of this building seems uncertain.