The house at 215 Longhill Street in Springfield, around 1938-1939. Image courtesy of the Springfield Preservation Trust. 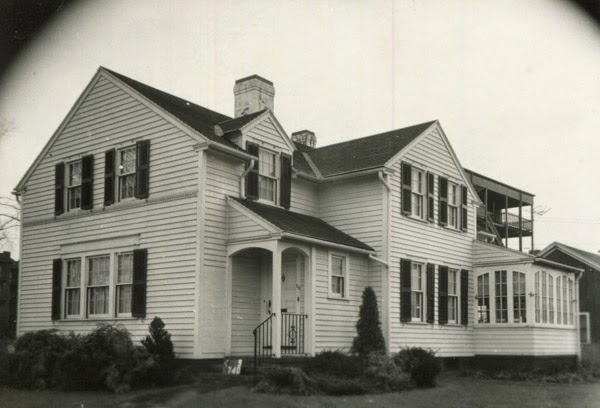 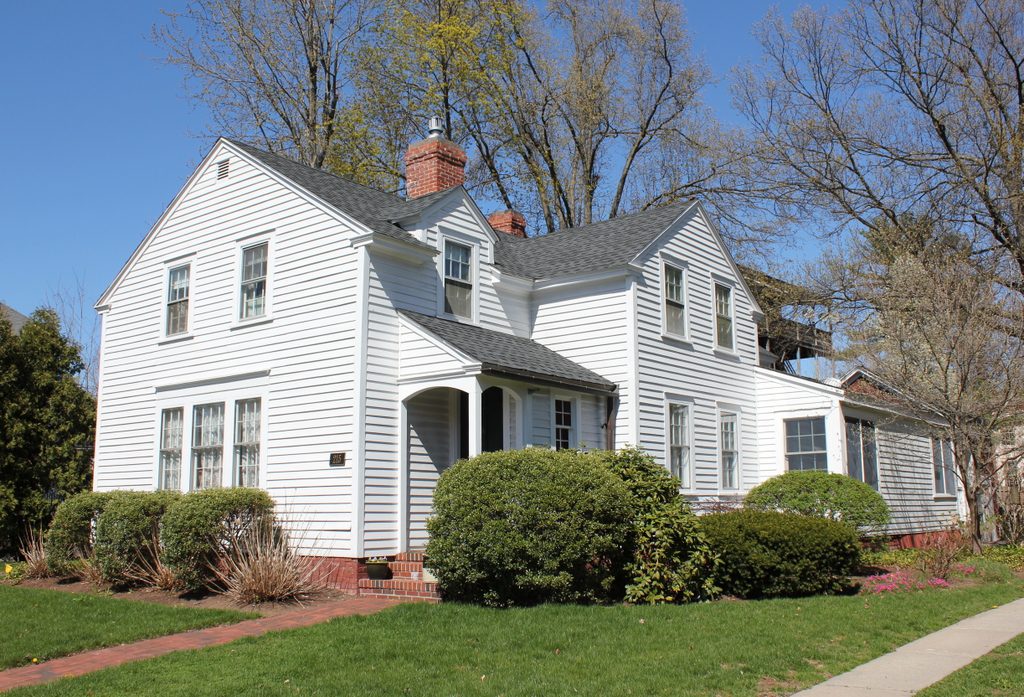 Most of Springfield’s Forest Park neighborhood dates back to the turn of the 20th century, when it became a popular place for Springfield’s wealthy residents to live. Prior to this, was only sparsely settled, with a small community centered around the corner of Longhill Street and Sumner Avenue, with the latter being referred to simply as “the X road.” A city map from 1870 shows about two dozen houses in the vicinity, plus a school, cemetery, and a few brick yards, but otherwise the area was still rural, despite being located just to the south of downtown Springfield.

All of this began to change at the end of the 19th century, however. Forest Park was established in the 1880s, and by the following decade trolleys were running to and from the park, making it easy to commute into the city from here. By the turn of the 20th century, most of the land near Longhill Street and Sumner Avenue had been subdivided, and new streets were laid out across previously undeveloped land. Nearly all of the older homes were ultimately demolished to build newer, more fashionable ones, and even the cemetery was replaced by the Sumner Avenue Elementary School.

This house, located on the east side of Longhill Street, just south of Sumner Avenue, is one of the few surviving remnants of the old neighborhood. Built around the early 1850s, it was once the home of Robert Darling, a Scottish immigrant who came to the United States in 1853 when he was about 20 years old. He was living in this house by at least 1870, and during the 1880 census he lived here with his daughter Elizabeth, his sister-in-law, and his nephew. He was a longtime employee of the Armory, and the 1900 census indicates that his job involved gas plumbing.

Around the same time that large-scale development began in the area in the late 19th century, Darling built a second house on his lot, located just to the south of here at 223 Longhill. Although still modest compared to the mansions that were soon to be built along the street, it was still larger than his old house, and by 1900 census he was living in this house along with Elizabeth, her husband Edward L. Janes, and their daughter Edith. He still owned the old house, though, and rented it to Appleton Greenwood, an elderly retired store clerk who lived here with his wife Eliza.

After Robert Darling’s death in 1912, Elizabeth and Edward inherited both houses, and continued to rent out 215 Longhill. By 1920, their daughter Edith was married and living with them at 223 Longhill with her husband Alvin W. Fuller, while Alvin’s mother, Martha, lived here at 215 Longhill with her brother Walter, sister Deborah, and Debora’s husband Austin. After Walter’s death in 1927, the other three continued to rent this house, paying $35 per month in 1930. However, all three of them died in the mid-1930s, shortly before the first photo was taken, and the house appears to have been empty during the 1940 census.

Very little has changed in the appearance of this house since then, and it survives as the oldest building in the area. It has seen the area transformed from a small farming community into a  wealthy suburban neighborhood, and its plain architecture contrasts with the elegant early 20th century mansions that now surround it on Longhill Street. Along with these other homes, though, it now forms part of the Forest Park Heights Historic District, which was added to the National Register of Historic Places in 1982.