The house at 275 Maple Street in Springfield, around 1938-1939. Image courtesy of the Springfield Preservation Trust. 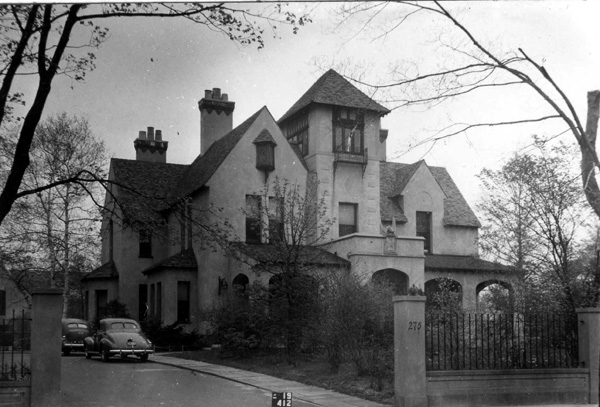 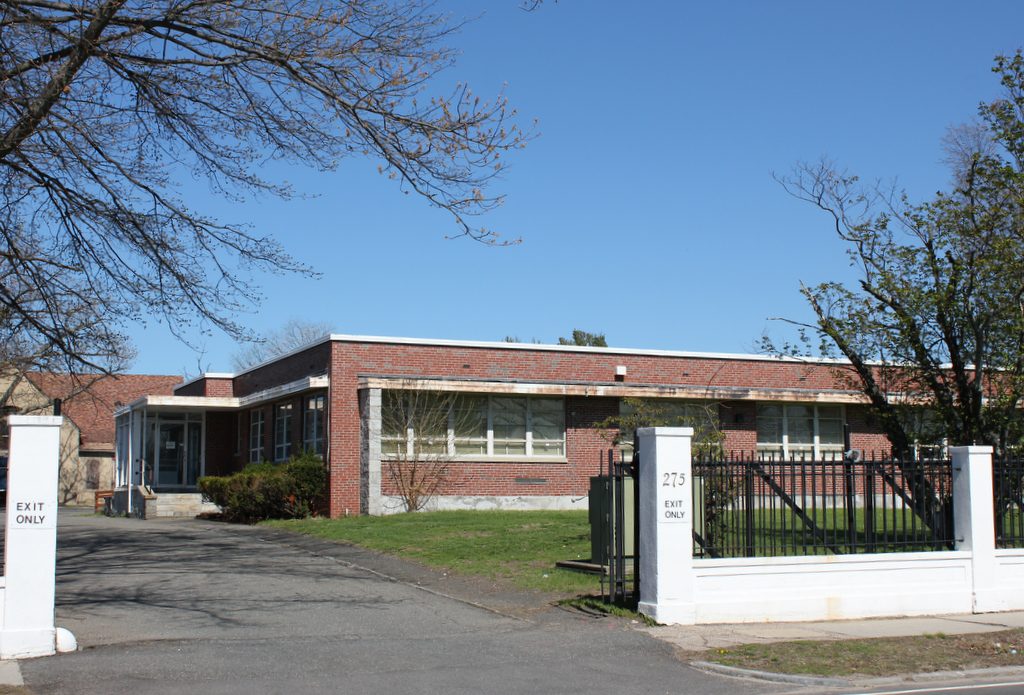 Orick H. Greenleaf was originally from the western part of New York state, but he moved to Springfield as a young man in the mid-1840s. A tanner by trade, he soon entered the paper business, forming a partnership with L. H. Taylor to create Greenleaf & Taylor. Originally only involved in buying and selling paper, the firm later switched to manufacturing paper, and opened a mill in Huntington, Massachusetts. Greenleaf was involved with the firm until the 1860s, and in 1865 he purchased a controlling interest in the recently-established Holyoke Paper Company, which was only the second paper mill in Holyoke. At the time, Holyoke was a small but rapidly developing industrial city, and by the end of the century Greenleaf and other manufacturers had turned the city of Holyoke into the world’s leading producer of paper.

Under Greenleaf’s leadership, the factory expanded and was, by 1867, producing five tons of paper each day. He became a wealthy man, and in the 1870s he and his wife Mary moved to the top of the hill on Maple Street, where many of the city’s most affluent families were building mansions. Greenleaf hired New York architect George Hathorne, who designed this elaborate High Victorian Gothic-style house. At the time, the house looked very different from its appearance when the first photo was taken, with a brick exterior that resembled one of Hathorne’s other Springfield works, the old library building. Situated on a hill directly east of downtown Springfield, the home offered dramatic views of the city and the surrounding landscape, and it was appropriately named “River View.”

Greenleaf was a man of considerable wealth, but he was best remembered for his philanthropy. A devout Baptist, he had made it a habit to give away a portion of his income, ever since he was a young man. As his wealth grew, so did his giving, and upon his death in 1896 the Boston Watchman cited Greenleaf’s own estimate that he had earned about a million dollars in his lifetime (nearly $30 million today), and had given half of it away. He donated to a wide range of charitable organizations, and he also served as a trustee of both the Mt. Hermon School and Shaw University.

However, Greenleaf’s most lasting legacy came in 1884, while he was serving on the city’s parks commission. At the time, Springfield lacked a large public park, but several ideas had been put forward, including one along the riverfront in the downtown area and another in the vicinity of the Watershops Ponds. Greenleaf settled the issue, though, when he offered to give the city 65 acres that he owned in the southern part of the city. He had originally planned to subdivide the land and build upscale homes, but the economic recession after the Panic of 1873 had delayed these plans. So, instead the property became Forest Park, which grew extensively as more benefactors, including ice skate manufacturer Everett H. Barney, followed Greenleaf’s lead.

Greenleaf lived long enough to see his park become widely popular with the residents of Springfield, and he died in 1896 at the age of 72. His wife Mary died five years later, and they had no children, so the house was subsequently sold to bank executive James W. Kirkham. An 1872 graduate of Yale, Kirkham had worked for the First National Bank of Springfield for many years, eventually becoming president in 1905. A year later, the bank merged with the Union Trust Company, and Kirkham became its vice president. Along with this, he was also the president of the Agawam Woolen Company, and he served on the city’s board of fire commissioners.

James and his wife Fannie had one child, William, who was also a Yale graduate. He earned his doctorate in biology in 1907, and subsequently taught at Yale’s Sheffield Scientific School from 1908 to 1916 before returning to Springfield as a biology professor at Springfield College.  He would also go on to become president of the Springfield Library and Museum Association, serving from 1941 to 1959. After James’s death in 1927, he inherited the Maple Street property, and by the 1930 census he and his wife Irma were living in this house along with their 18-year-old daughter Marguerite, plus three Irish-born servants who were, confusingly enough, all named Margaret.

At some point during the Kirkham family’s ownership, the exterior of the house was dramatically modified. By the early 20th century, Victorian-style architecture had fallen out of fashion, and the Kirkhams remodeled the highly ornate brick walls, covering them in stucco instead. The carriage house in the distance on the left also matched the redesigned house, as did the fence along Main Street in the foreground.

The Kirkhams later moved out of this house, and by the 1950s it was the Springfield Chapter House of the American Red Cross. However, the house burned down in 1956, and it was replaced with a nondescript one-story building that now stands on the site. This property was later part of the adjacent MacDuffie School campus, and following their 2011 move to Granby the property was sold to Commonwealth Academy. Not all is gone from the first photo, though; both the fence and the carriage house are still standing today.