The house at 84 Maple Street, at the corner of Union Street in Springfield, around 1938-1939. Image courtesy of the Springfield Preservation Trust. 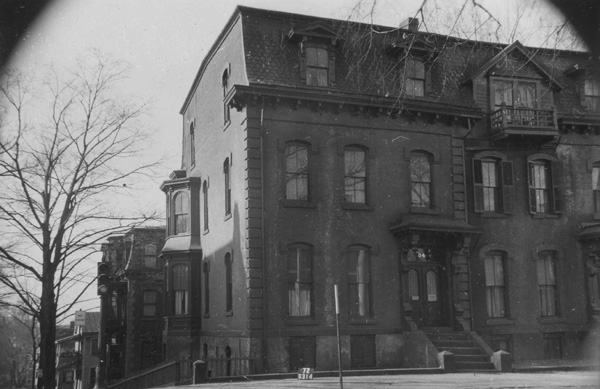 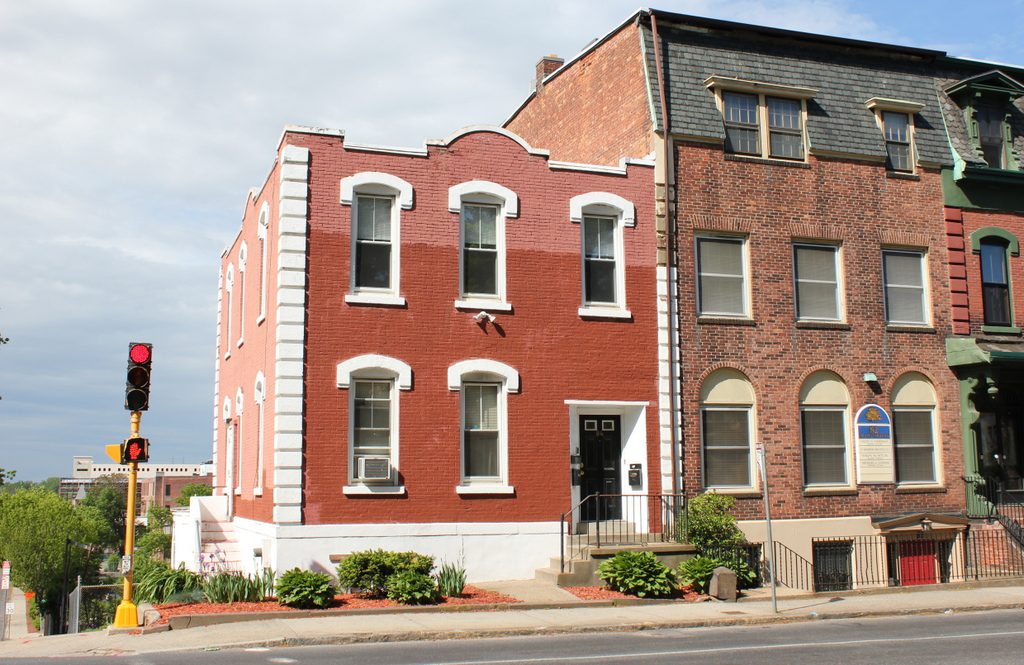 This house is one of three adjacent brick townhouses that were built in 1870, at the corner of Maple and Union Streets. When completed, all three had mostly identical Second Empire-style designs, and they were constructed by local builder Abel Howe. This house, at 84 Maple Street, was originally the home of Edmund D. Chapin, a banker who had worked as cashier of Springfield’s John Hancock National Bank since its establishment in 1850. He and his wife were in their mid-50s when the house was built, and they lived here for the rest of their lives. In 1890, after working as the cashier of the bank for 40 years, he became the president, and he held this position into the 20th century, when he was in his early 90s.

Chapin died in 1907, at the age of 93, and the house appears to have been vacant for several years. Like many of the city’s other elegant 19th century townhouses, it became a lodging house in the mid-1910s, with city directories of the period showing a number of different residents living here, typically for no more than a year or two. By the early 1920s, though, it had become a single-family home again, and was owned by John J. Kennedy, a dentist who had his office here in the house. He was living here as early as 1922, and he was still here during the 1930 census, along with his wife Loretta and their daughters, Catherine and Mary.

However, around the time that the first photo was taken, the house again reverted to being a lodging house. During the 1940 census, it was being rented by Adolph and Ida Samson for $50 a month. They, in turn, rented rooms to lodgers, with the census showing 14 lodgers living here. Most of the lodgers were young, single people who worked in local factories, although there was one married couple here, although with a young widowed mother with her two young children. According to the incomes that were listed on the census, nearly all of the lodgers earned under $1,000 a year (under $18,000 today), with the one exception being 27-year-old John Minney, who earned $1,092 as an assembler at a toy factory, presumably the nearby Milton Bradley factory.

Nearly 80 years later, all three of these townhouses are still standing, although both 82 and 84 Maple have both been heavily altered. In the mid-1940s, only a few years after the first photo was taken, the third floor of 84 Maple was removed, along with the original front entrance. The bay window on the left side has also been removed, although the house retains its original brick exterior, unlike the house to the right at 82 Maple. Despite these changes, though, all three of these townhouses are contributing properties in the Maple-Union Corners Historic District, which was added to the National Register of Historic Places in 1976.