The Park Congregational Church at the corner of Saint James Avenue and Clarendon Street in Springfield, around 1892. Image from Picturesque Hampden (1892). 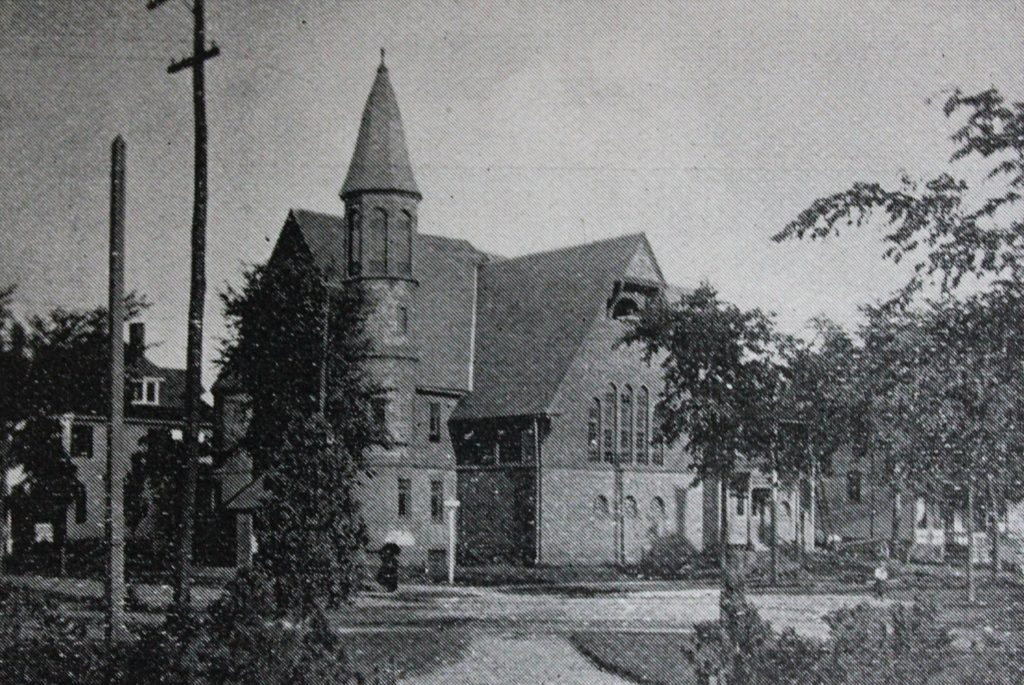 The church around 1938-1939. Image courtesy of the Springfield Preservation Trust. 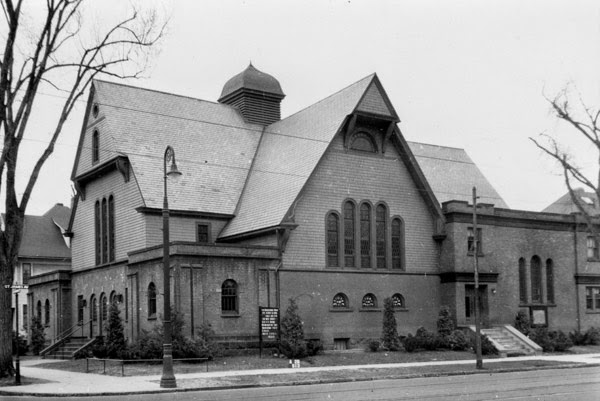 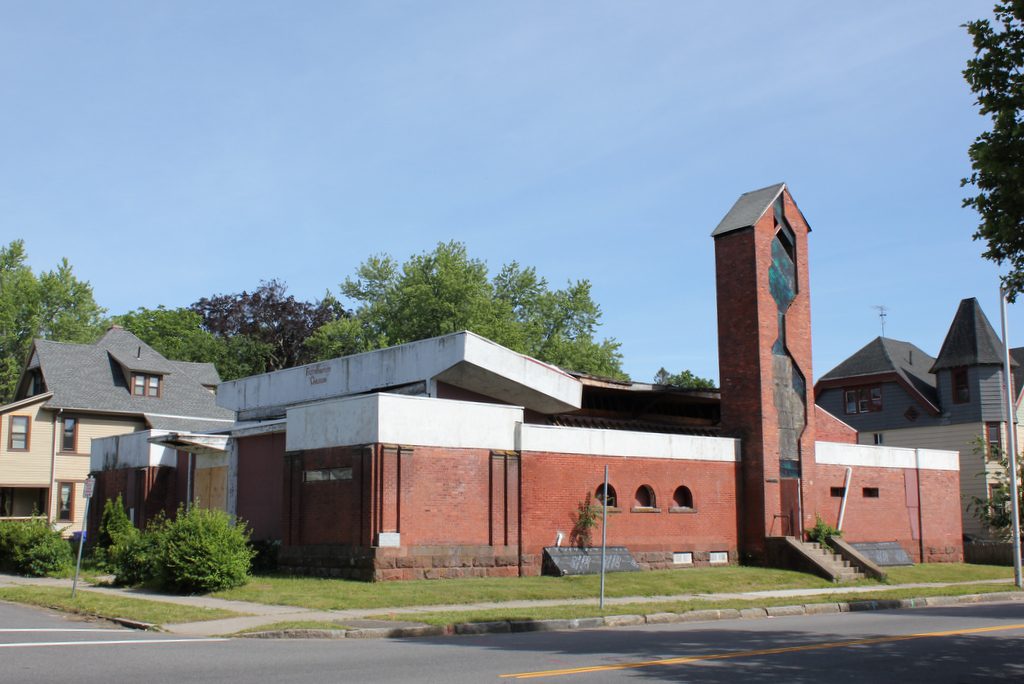 The McKnight neighborhood in Springfield was developed in the late 19th century, just to the east of the Armory and a little over a mile from downtown Springfield. The large, elegant homes, landscaped streets, and easy access to trolley lines made it a desirable neighborhood for many of the city’s prominent residents, with hundreds of families moving here by the end of the 19th century. The neighborhood was almost exclusively residential, but there were also a number of new churches that were established in the neighborhood, including Park Congregational Church, which is seen here in these photos.

The church was established in 1889, and this building was completed around the same time. Its design reflected the popular Romanesque architecture of the era, and it was constructed with a variety of materials, including a stone foundation, brick lower walls, and shingled upper walls. It was situated in a prominent location at the corner of Saint James Avenue and Clarendon Street, and it was named for the Thompson Triangle, the largest park in the neighborhood, which is located directly opposite the church.

The first photo was taken soon after the building’s completion, and it shows a round turret at the northwestern corner of the building. However, this was removed by the time the second photo was taken nearly 50 years later, and the building instead had square, one-story additions on either side of the Clarendon Street entrance, on the left side of the photo. The other notable change in the second photo is the cupola, which was added to the top of the roof.

This building continued to be the home of Park Congregational Church for more than 30 years after the first photo was taken, but in 1973 the church merged with the South Congregational Church. Shortly after the merger,  this property was sold to Faith Baptist Church, which had previously been located at 76 Oak Street. However, in April 1973, just three weeks after Faith Baptist moved in, this building was gutted by a fire. The brick section of the walls survived the fire, though, and the building was subsequently reconstructed around them, with a dramatically different architectural style that included a low, mostly flat roof, and a tall, narrow tower at the Saint James Avenue entrance.

Despite its heavily modified appearance, the church building became a contributing property in the McKnight Historic District in 1976, when the neighborhood was listed on the National Register of Historic Places. It would remain the home of Faith Baptist Church into the early 2000s, but in 2006 the congregation merged with Christian Hill Baptist Church, which is located nearby on Bowdoin Street. This building was later sold in 2013, but it appears to have remained vacant ever since, and it is currently boarded up and in poor condition, as seen in the 2017 photo. 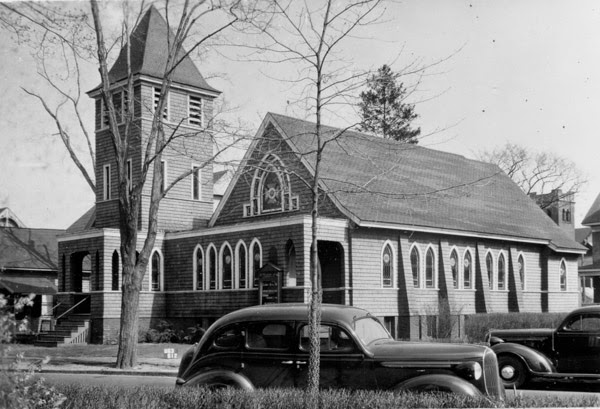 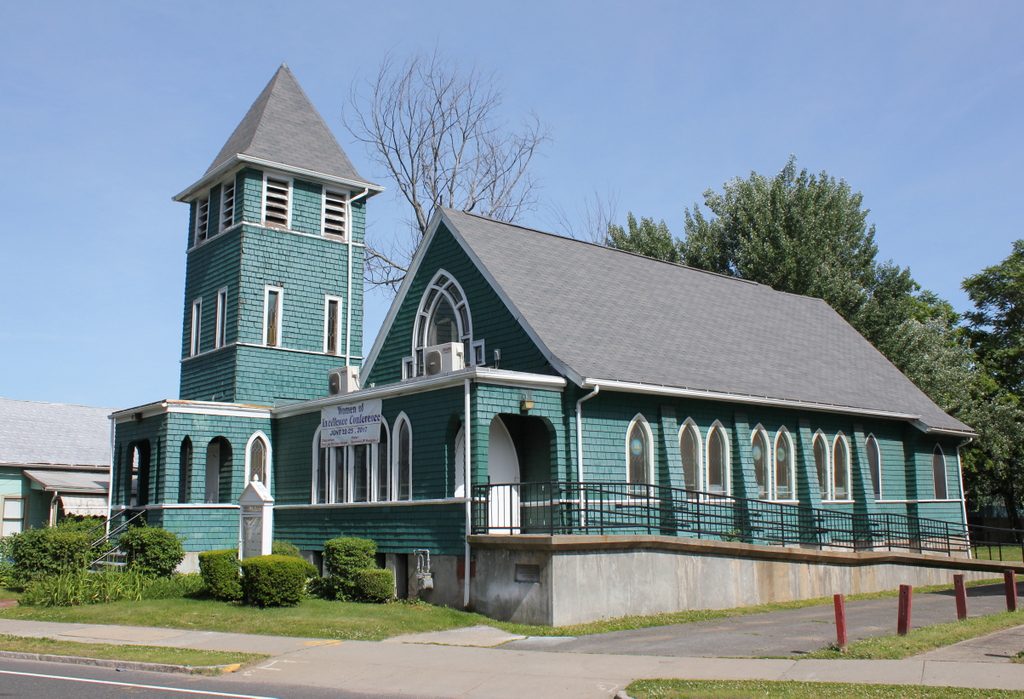