The western entrance to the driveway of The Breakers, seen from Ochre Point Avenue at the corner of Victoria Avenue in Newport, around 1899. Image courtesy of the Library of Congress, Detroit Publishing Company Collection. 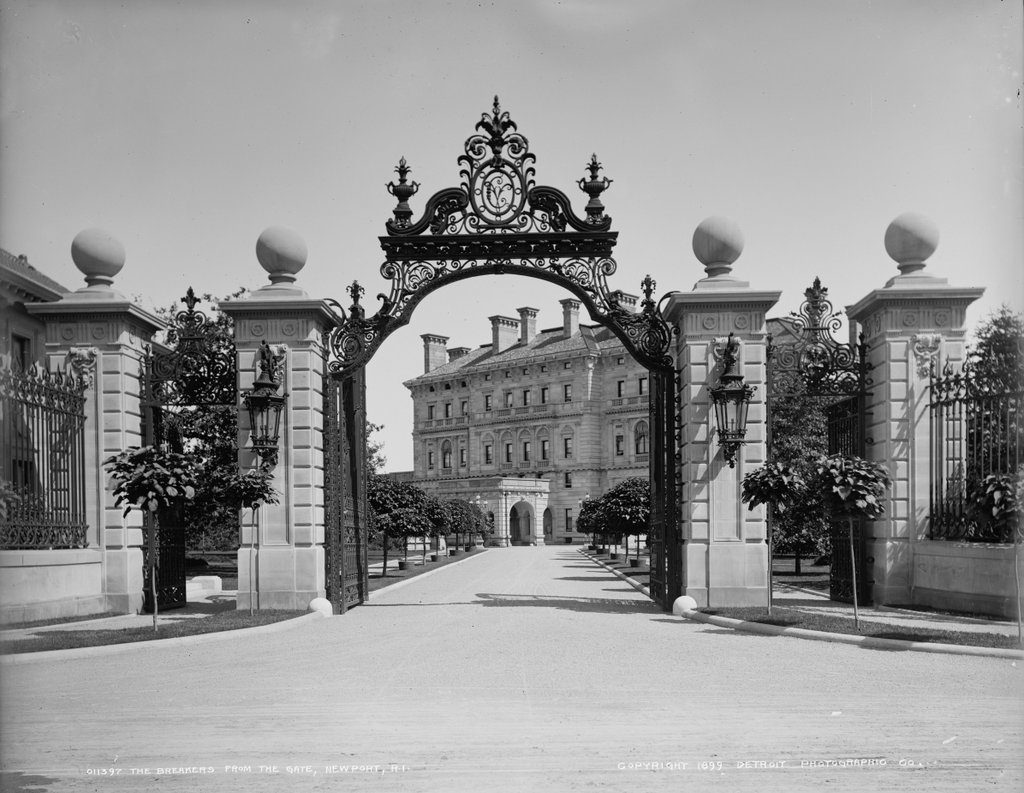 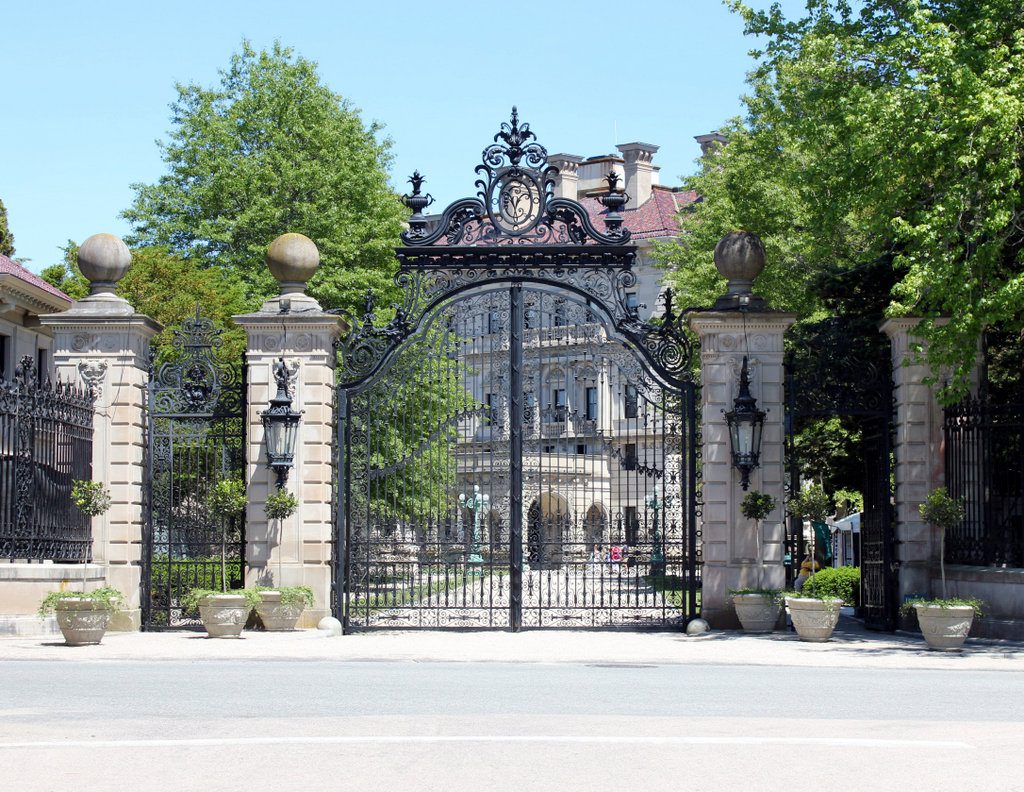 These imposing gates stand at the Ochre Point Avenue entrance of The Breakers, which was built as the summer residence of Cornelius Vanderbilt II. Constructed over a two-year period from 1893 to 1895, at a cost of $7 million, it was the largest of the many Gilded Age homes that were built here in Newport as seaside “cottages” for some of the nation’s richest families. The house is situated at Ochre Point, on a 13-acre lot that is bordered on three sides by a 12-foot-high wrought iron and limestone fence. The fence is broken by two gates, one here and one on Shepard Avenue, that rise 30 feet above the driveway. They were manufactured by the William H. Jackson Company of New York, and are flanked on either side by smaller gates for pedestrian access to the property.

Together, these two main gates weigh more than seven tons, and feature intricate details, including Cornelius Vanderbilt’s initials in a monogram at the top of the gate. Other decorative features include acorns and oak leaves, both of which served as important symbols for the Vanderbilt family. Reflecting the saying that, “from little acorn a mighty oak shall grow,” the symbols represented the life of Cornelius’s grandfather, Cornelius “Commodore” Vanderbilt, who rose from humble beginnings as a teenage Staten Island ferry operator to become the wealthiest man in America. As a result, acorns and oak leaves can be found throughout The Breakers, along with other Vanderbilt buildings such as New York’s Grand Central Terminal.

If the 1899 date for the first photo is accurate, it would have been taken sometime during Cornelius Vanderbilt’s last summer at The Breakers. He had suffered a debilitating stroke in 1896, only a year after the completion of the house, and he never fully recovered. He left The Breakers for the last time on September 11, 1899, to attend a railroad board meeting in New York, and he died the next morning from a cerebral hemorrhage. His widow Alice inherited both his mansion in New York and The Breakers, and she went on to own the latter until her death 35 years later.

The Breakers would remain in the Vanderbilt family until 1972, when it was sold to the Preservation Society of Newport County in 1972, and it is now open to the public as a museum. Very little has changed in this scene except for the trees, which now hide more of the property than the newly-planted ones did in the first photo. The house is now the centerpiece of the Preservation Society’s many historic properties in Newport, and it is the most popular tourist attraction in the state, drawing over 400,000 visitors through these gates each year.