Looking north on Thames Street from the corner of Church Street in Newport, in August 1906. Image courtesy of the Providence Public Library. 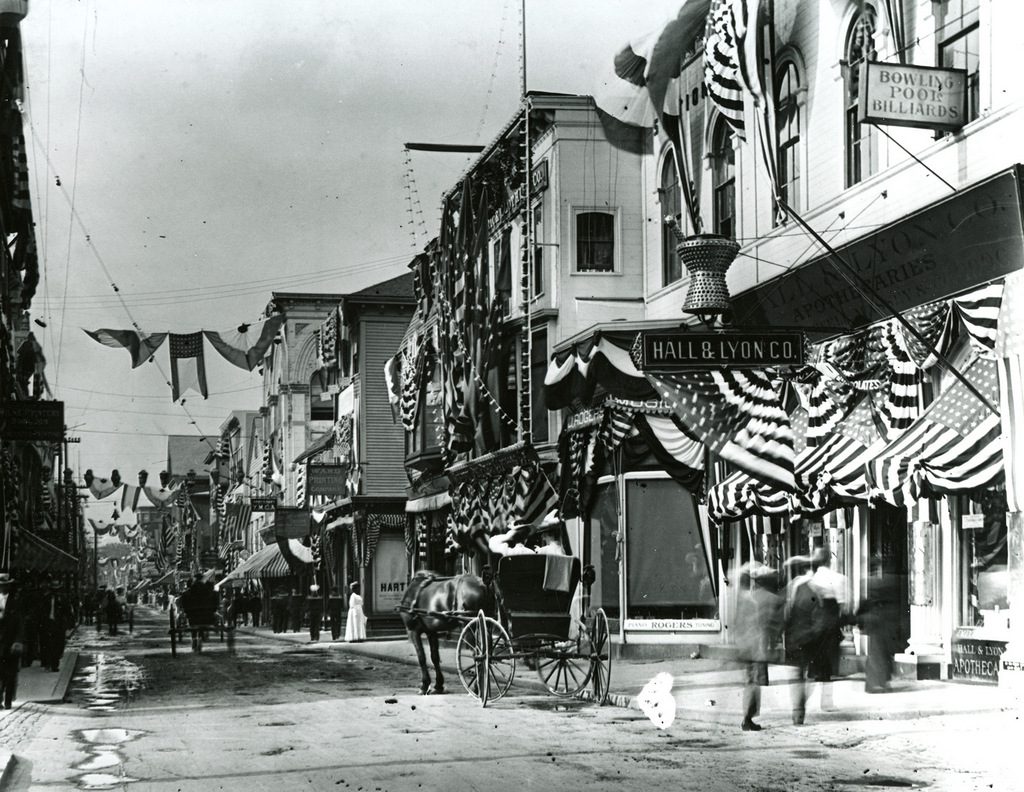 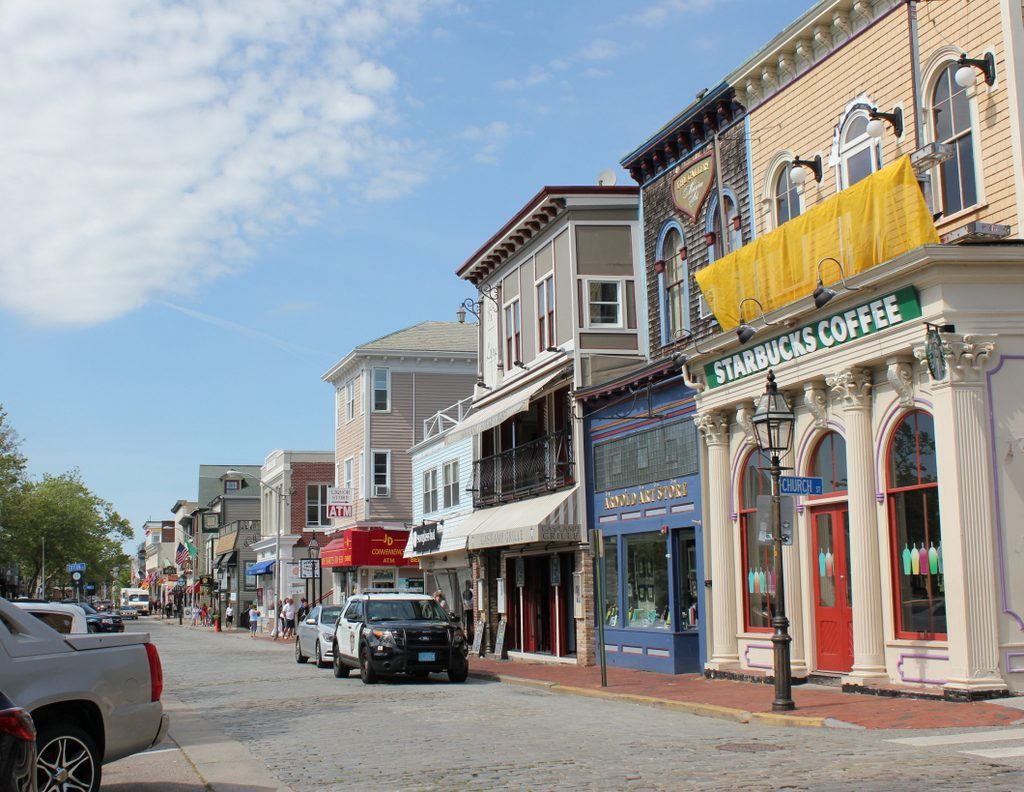 The occasion for the patriotic flags and bunting covering the buildings in the first photo was the Newport Carnival, which was held in August 1906. It was a significant event, with both the New York Yacht Club and the U.S. Navy’s North Atlantic fleet in Newport at the time, and the carnival featured parades, concerts, automobile, motorcycle, and yacht races, and rowing contests between the battleship crews. Prominent visitors included President Theodore Roosevelt’s son Archie, who arrived with Joshua Slocum aboard the Spray, a yacht that Slocum had successfully sailed around the world nearly a decade earlier.

The first photo shows a variety of commercial buildings on either side of Thames Street, a major north-south road that runs along Newport’s waterfront. Some of the buildings in the distance can also be seen in the first photo of the previous post, and housed businesses such as a book and stationery store, a printing company, an electrician, an employment agency, and the Army and Navy YMCA. Closer to the camera, the businesses in the foreground of this scene included the Hall & Lyon apothecary shop, John Rogers’s music shop, and the Newport One Price Clothing Company. On the far right side of the photo, there is also a sign for bowling, pool, and billiards on one of the second floor windows.

The majority of the buildings on Thames Street in the first photo were wood-framed, with two or three stories, and many dates back to the early or mid-19th century. Probably the oldest in this scene was the one in the center, where the One Price Clothing Company was located. It was built in 1785 as the home of George Champlin, but around the 1850s it was apparently converted into a commercial block, with a new Italianate-style facade that matched architectural tastes of the era. This same Italianate style can also be seen in the two buildings on the right, which were both constructed in the late 1850s for the Caswell & Hazard Company, an apothecary that later went through a variety of name changes, eventually becoming Hall & Lyon by the time the first photo was taken.

Thames Street did not significantly change until the late 1960s, when the large-scale redevelopment of the waterfront, including the construction of America’s Cup Avenue, led to the demolition of almost everything on the west side of the street. Today, the four-lane America’s Cup Avenue is just to the left of this scene, dividing the center of Newport from its waterfront area, but the east side of Thames Street has survived largely unscathed. Some of the buildings further in the distance were demolished in the 20th century, but most of the ones in the foreground are still standing. These buildings are now contributing properties in the Newport Historic District, a National Historic Landmark district that was established in 1968 and encompasses the many well-preserved 18th and 19th century buildings in downtown Newport.