Faith United Church, at the corner of Sumner Avenue and Fort Pleasant Avenue in Springfield, around 1938-1939. Image courtesy of the Springfield Preservation Trust. 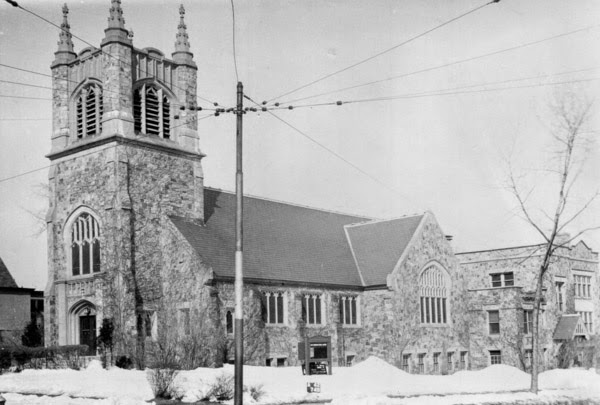 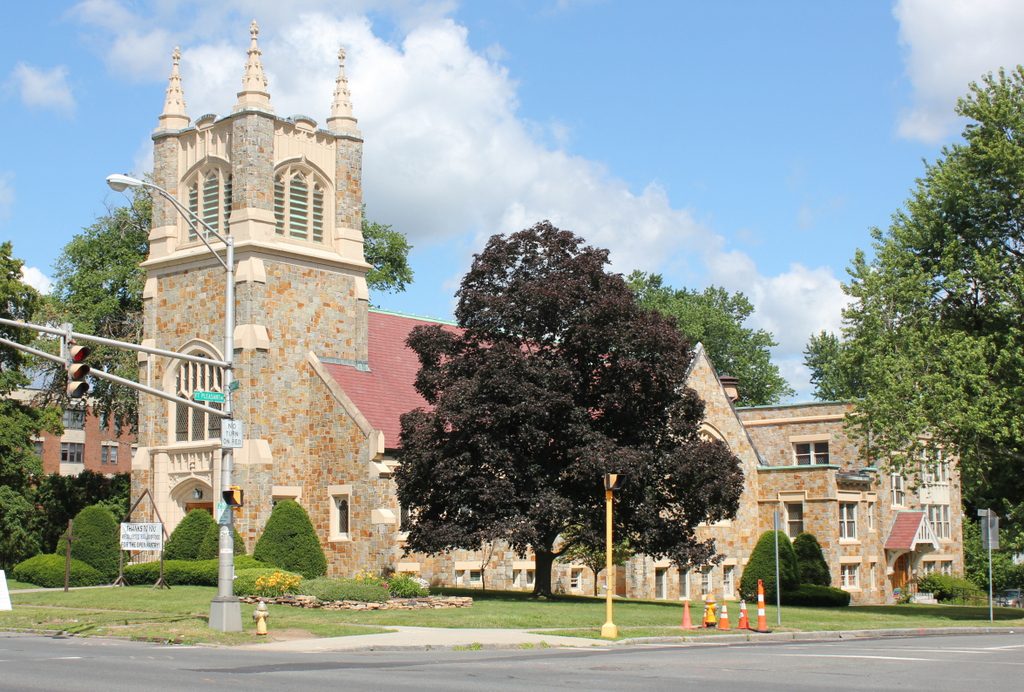 The origins of Faith United Church date back to the 1860s, when a chapel was established in the area, affiliated with the South Congregational Church. At the time, the present-day Forest Park area was only sparsely settled, with a small community centered around the corner of Longhill Street and Sumner Avenue. A small, wood-frame church was built here on this site in 1872, and served the needs of the residents for several decades. Finally, in 1894, with the congregation was organized as an independent church, becoming Faith Congregational Church.

This move coincided with the beginning of the large-scale development of Forest Park, which would become one of the city’s most desirable residential areas by the turn of the 20th century. With this rapid expansion, however, the old wooden church was no longer suitable for the growing neighborhood, and in 1912 it was replaced with the present-day church building. The new church was built on the same site of the original, and was designed by the Springfield architectural firm of Gardner & Gardner and built by the Springfield-based contractors Fred T. Ley & Co.

The Neo-Gothic Revival exterior of the church has not seen any substantial changes in over a century since it was completed. It looks essentially the same as it did when the first photo was taken in the late 1930s, and today the only noticeable difference between the two photos is the newer building in the distance on the left. Along with this, the building is still in use by the same church, although the name has changed slightly. In 1977, Faith Congregational Church merged with Hope Congregational Church, becoming Faith United Church, and this combined church continues to worship here in this building more than 40 years later.