Looking west on Main Street from near the corner of Masonic Street in Northampton, around 1894. Image from Northampton: The Meadow City (1894). 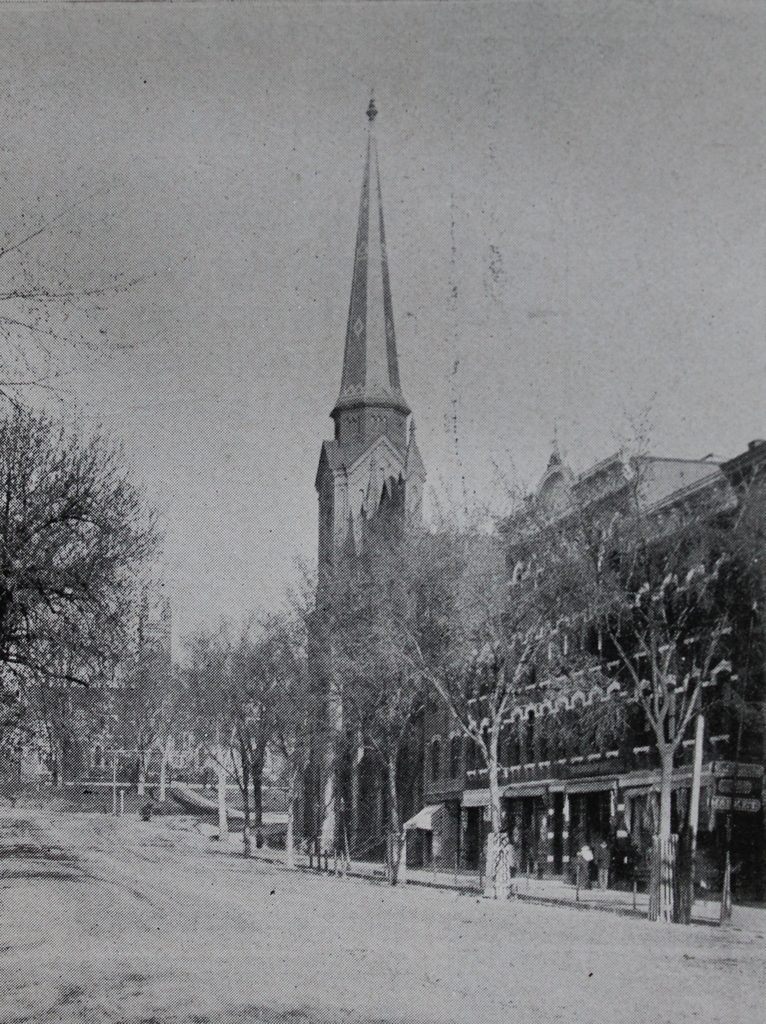 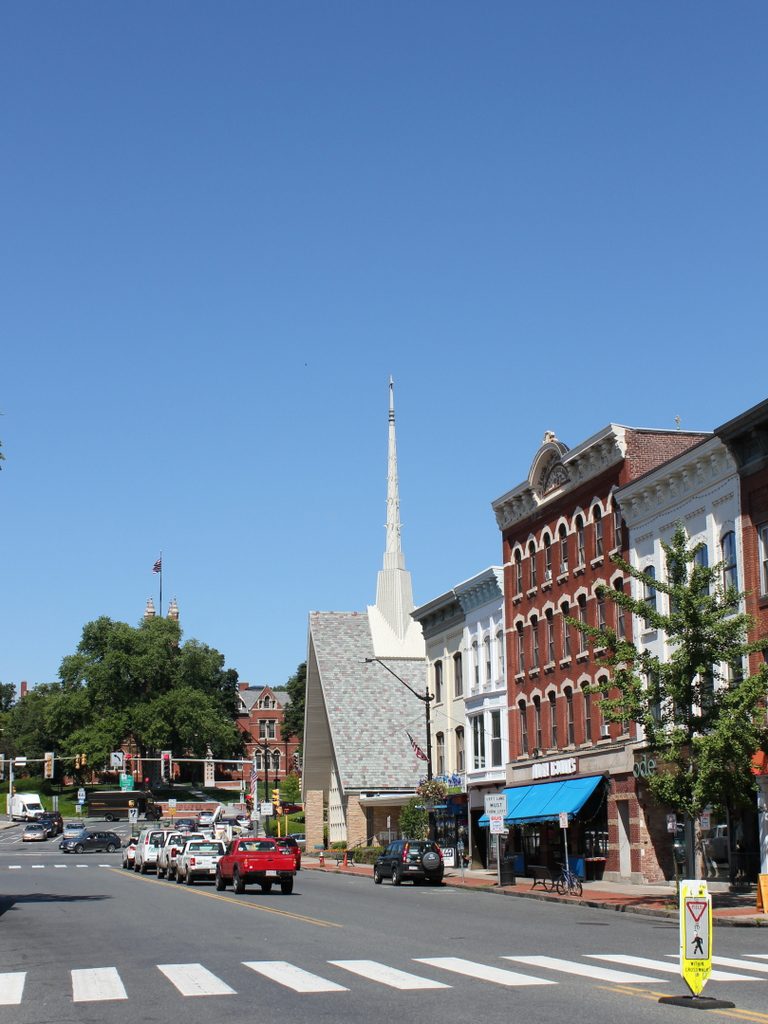 This scene, on the western end of Main street, was at the outer edges of downtown Northampton for most of the 19th century, and it was not fully developed into its present-day form until the 1870s and 1880s. The oldest building in the first photo is the Edwards Church, located directly in the center of the photo. This congregation was established in 1833 as an offshoot of the First Church, and was named in honor of Jonathan Edwards, the prominent theologian who had served as the pastor of the First Church from 1729 to 1750. The first permanent home of the new congregation was a church at the corner of Main and Old South Streets, but this building was destroyed in a fire in 1870 and, a few years later, the church completed a new building a few blocks to the west, as seen in the first photo.

Around the same time that the new church was built here, Smith College was established on a site just beyond the church, where Main Street divides into West and Elm Streets. The school’s first building, College Hall, was completed in 1875, and can be seen in the distance on the left side of both photos. Like many of the other 19th century buildings on the campus, College Hall was the work of the Boston-based architectural firm of Peabody and Stearns, and was designed in the High Victorian Gothic style that was popular at the time, particularly for schools and other institutional buildings.

The newest buildings in the first photo were the five brick commercial blocks in the foreground on the right side. Known as the Daley Blocks, these buildings were completed around 1886-1887 and were originally owned by Patrick J. Daley, an Irish native who owned a dry goods store in Florence. As the first photo shows, the three buildings in the middle were built with the same architectural style – red brick, with light-colored lintels and sills – but paint and other alterations have obscured these details on the buildings to the left and the right.

Today, aside from these minor changes to the Daley Blocks, the only significant difference in this scene is the Edwards Church. The old church building from the first photo stood here for over 80 years, and during this time it was the home church of Calvin Coolidge and his family, as well as the site of his funeral in 1933. However, by the 1950s it was in in need of serious repairs, and the congregation voted to build a new church rather than renovate the old one. As a result, it was demolished and replaced with the current church building, which was completed in 1958 on the same site as the old church.