Looking east on Moster Street from the corner of Main Street in Holyoke, around 1892. Image from Picturesque Hampden (1892). 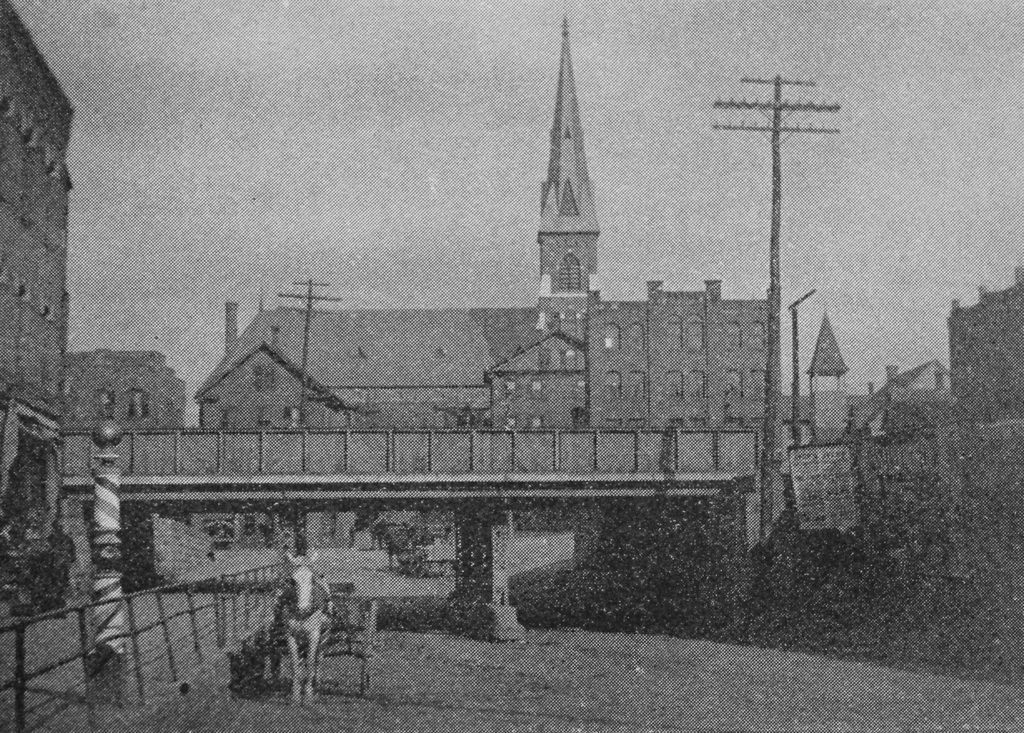 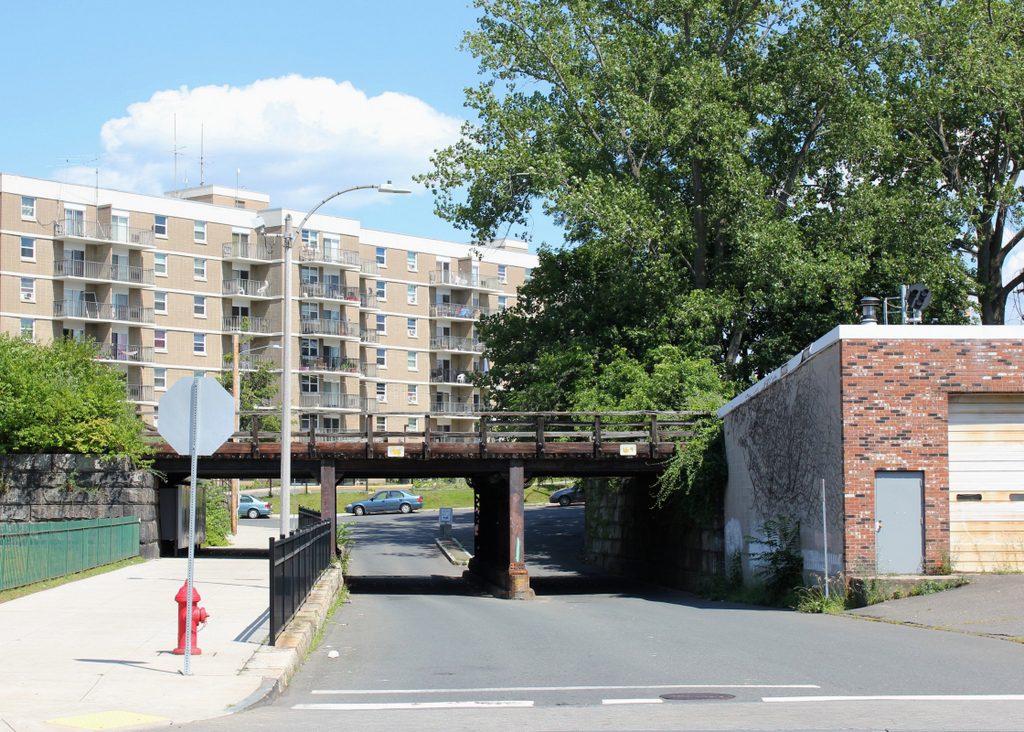 The railroad bridge in the foreground is located just south of Holyoke’s historic railroad station, and carries the Connecticut River Railroad over Mosher Street. This railroad line, which was acquired by the Boston and Maine Railroad soon after the first photo was taken, is the primary north-south railroad route through western Massachusetts, linking the major cities and towns of the Connecticut River Valley with Vermont to the north and Connecticut to the south.

Several blocks away in the distance of the first photo is the Church of Our Lady of the Rosary, which was built in 1887 at the northeast corner of Mosher and West Streets. It was one of many Catholic churches built in Holyoke during this time, and both the church and its parish school served the large numbers of Catholic immigrants who came to Holyoke as mill workers in the late 19th and early 20th centuries. The first pastor of the church, Michael J. Howard, died in 1888, only a year after the church building was completed, and he was succeeded by Thomas D. Beaven, who served the parish until 1892, when he became bishop of the Diocese of Springfield.

Today, only the railroad itself still exists from the first photo. The church was demolished in 1976, and the rest of the buildings between the railroad and the church are also gone. A large apartment building now dominates the left side of the 2017 photo, and the surrounding streets now consist primarily of modern duplexes, interspersed by occasional historic buildings. The old railroad station, just out of view to the left, is still standing, although it has been vacant for many years. Passenger rail was recently restored to Holyoke, with Amtrak’s Vermonter now running through the city, although it currently uses a small platform located a block south of here at Dwight Street, instead of the abandoned 19th century station.