Looking north on Newton Place, toward City Hall in Holyoke, around 1892. Image from Picturesque Hampden (1892). 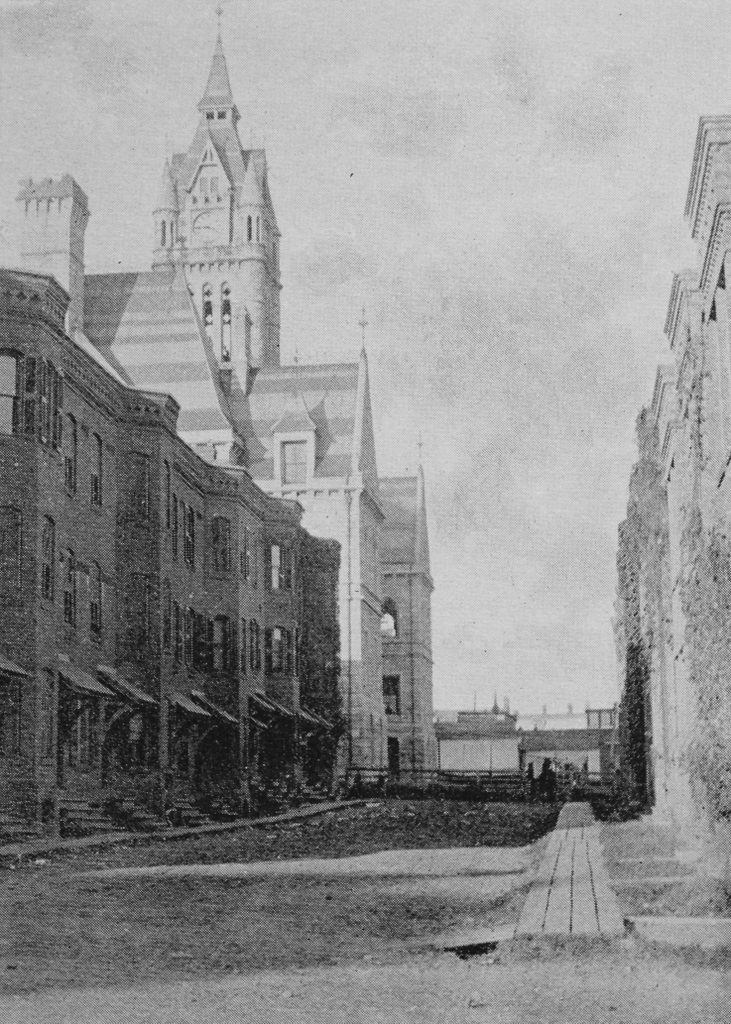 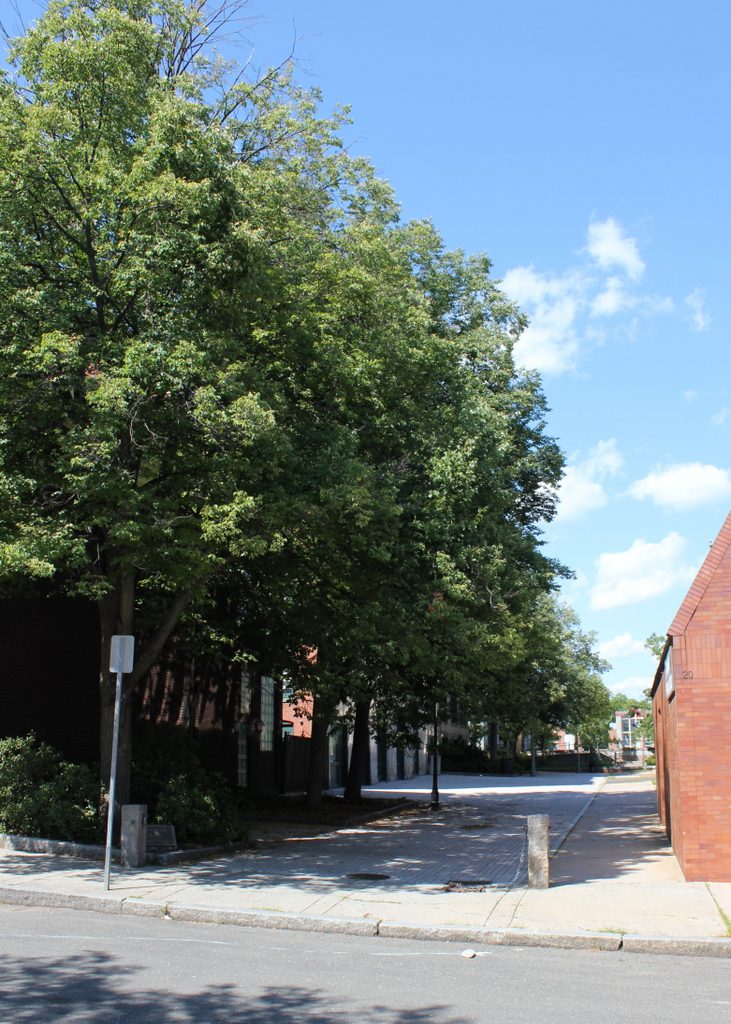 During the second half of the 19th century, brick rowhouses were common in Holyoke, where they housed workers for the city’s many factories. Newton Place, seen here looking north from the corner of Suffolk Street, was a short street directly behind City Hall, and it was lined on both sides with three-story brick rowhouses, which were probably built sometime in the 1870s or early 1880s. The houses were owned by James H. Newton, a prominent industrialist who had helped to transform Holyoke into a major papermaking center. After arriving in Holyoke in 1864, he and his brothers established the Hampden Paper Company, but Newton soon went on to establish six other paper companies. He was also involved in establishing several banks in Holyoke, and he served as the president of the Mechanics’ Savings Bank for 12 years.

Newton still owned these houses during the 1900 census, when he rented them to a variety of people. Unlike the nearby Lyman Mills tenements, which were crowded with newly-arrived Polish immigrants, these rowhouses appeared to have primarily middle-class residents. Many of them had jobs in the paper mills, but there was also a mix of other occupations, including a teacher, a cigar maker, a restaurant owner, a dressmaker, a messenger boy, a blacksmith, a stonecutter, and a telephone operator. The majority of the residents were born in the United States, but there was also a mix of immigrants from Canada, England, Ireland, Italy, and Scotland.

Today, the only building left from the first photo is City Hall, which is hidden from view by the trees on the left side of the photo. Otherwise, nothing is left from the first photo except the street itself, which is now a pedestrian walkway. The houses on the left side were demolished around 1913 to build the City Hall Annex, which still stands today. The houses on the right were demolished at some point afterwards, and the current Holyoke District Court was built on the site in the late 1970s.