Looking north on Green Street toward High Street in Brattleboro, around 1894. Image from Picturesque Brattleboro (1894). 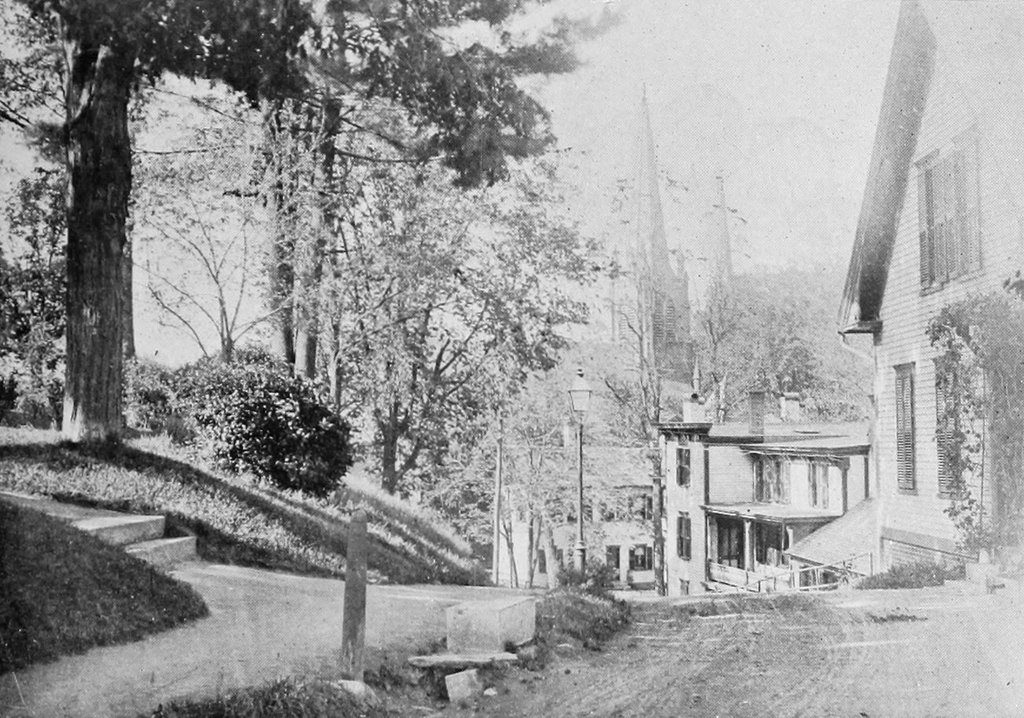 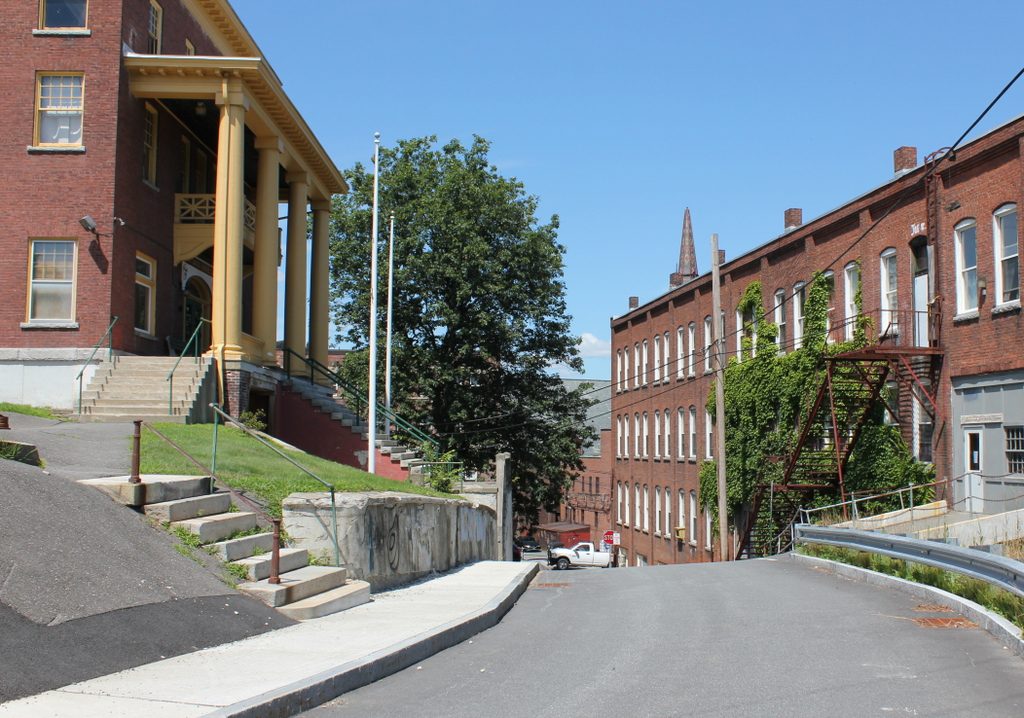 Downtown Brattleboro is located right along the Connecticut River, with Main Street running parallel to the the river. However, the topography quickly rises to the west of the river, and much of the downtown area is built into the side of a hill, as shown in this scene. When the first photo was taken, this area consisted primarily of modest, wood-frame houses, in contrast with the large brick commercial blocks that were located just a block to the east on Main Street. At the bottom of the hill is High Street, one of the main east-west roads in the town, and further in the distance the two steeples mark the location of Main Street. The one closer to the foreground is the First Baptist Church, which was completed in 1870, and the one further in the distance on the right is the Centre Congregational Church, which was built in 1842 and had its current steeple added in 1864.

The buildings on the right were demolished within about 15 years after the first photo was taken. They were replaced by the present-day building, which was completed around 1910. It was owned by the neighboring Hotel Brooks, and was used as an automobile repair and rental business, which was run by John and Robert Manley. The main entrance to the building was at the bottom of the hill on High Street, but there was a second entrance here on Green Street, on the far right side of the 2017 photo, which allowed direct access to the third floor. Known as the Brooks House Garage, this building was advertised as “the largest and most complete garage in Vermont,” and offered day and night repair work, tires, and “Cars to rent by the hour, day and week.” They were also agents for Stoddard-Dayton, Mitchell, Maxwell, and Ford car companies,  and the advertisement in the Automobile Blue Book promised that “Tourists Will Receive Special Attention.”

Today, the only identifiable feature from the first photo, aside from Green Street itself, is the First Baptist Church steeple, with its spire still rising above the roofline of the old Brooks House Garage. The Centre Congregational Church is also still there, although its steeple is no longer visible from this angle. Otherwise, this scene is completely changed from the first photo, and the two most visible buildings are the garage on the right and the Shriners Hall on the left, which was evidently built here sometime in the early 20th century, on the site of a house that had stood here when the first photo was taken.