Revell Hall, near the corner of Main and Moody Streets in Northfield, around 1891. Image from Picturesque Franklin (1891). 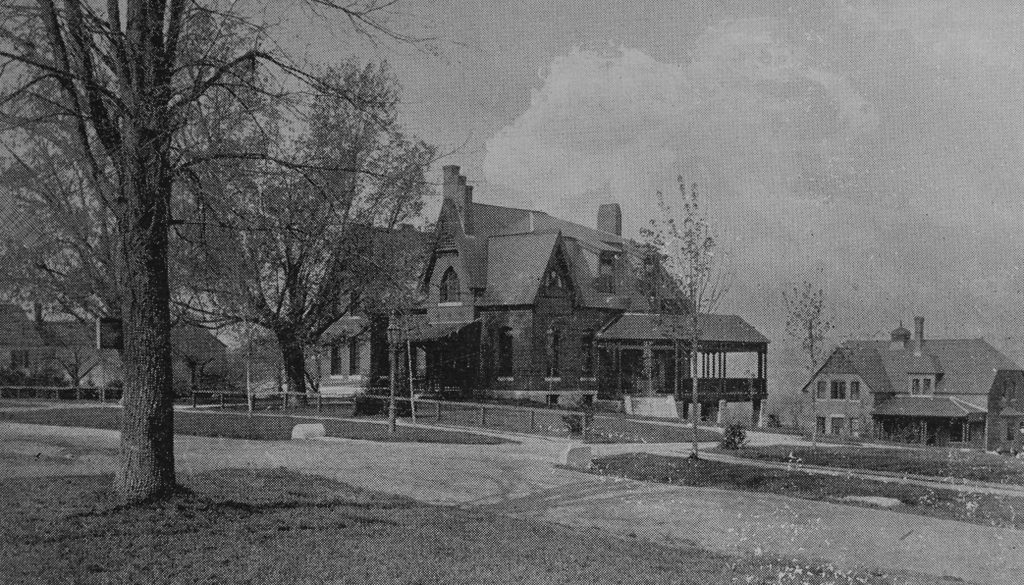 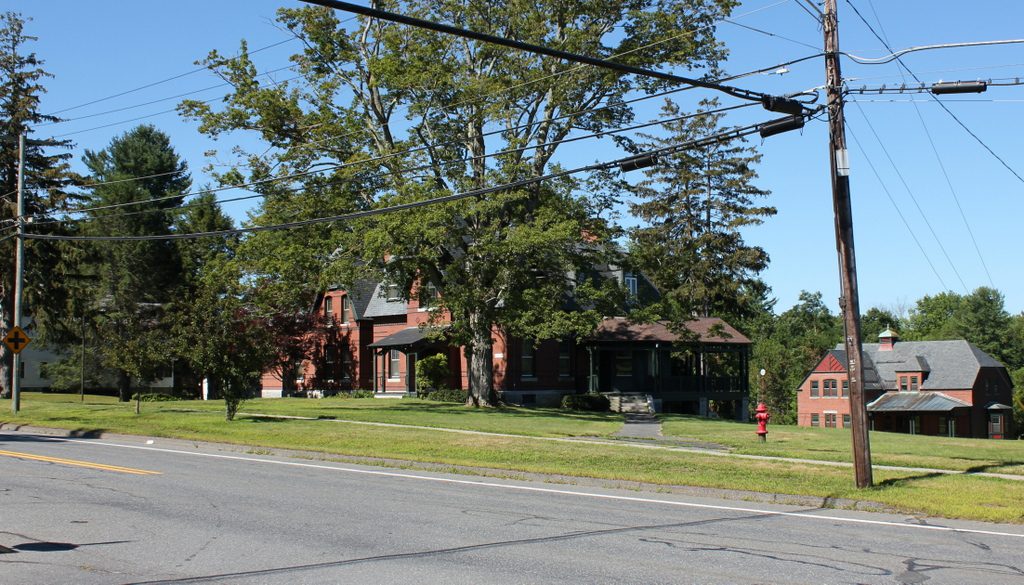 The Northfield Seminary for Young Ladies was founded in 1879 by Dwight Lyman Moody, a prominent Christian evangelist of the late 19th century. Moody was born just up the hill from here, in a house that still stands on Moody Street, and he grew up here in Northfield. As a teenager, Moody moved to Boston in the 1850s, where he worked in his uncle’s shoe store and subsequently converted to the Christian faith. From there, he went on to have a long career as an evangelist, holding revivals across the country and overseas, and becoming a 19th century predecessor to later evangelists like Billy Graham.

Moody returned to Northfield in 1875, purchasing a house on Main Street just to the north of here. Within a few years, he had begun planning for the Northfield Seminary, and in 1878 he and H. N. F. Marshall, a building supply dealer from Boston, purchased this property on the west side of Main Street. The following year, this brick, High Victorian Gothic-style building was constructed on the site. It was named Revell Hall, in honor of Moody’s brother-in-law, the publisher Fleming H. Revell, and it was the first purpose-built school building on the campus. However, since it would not be ready in time for the school’s opening in the fall of 1879, Moody’s house was temporarily used for both classroom and dormitory space, housing the school’s first 25 girls.

Upon completion, Revell Hall was used as classroom building, chapel, and dormitory, but it was soon joined by other building on the campus. H. N. F. Marshall, in his capacity as the school’s treasurer, oversaw the construction of these new buildings, and in 1885 he purchased Revell Hall from the school. He converted it into his house, and that same year he built a carriage house in the rear of the property, which can be seen on the right side of both photos. Over the next few years, he continued to be involved in the school’s growth, contributing his knowledge in construction, as well as his personal wealth, in order to help the Northfield Seminary expand. He would remain here until 1889, when he retired and sold the property back to the school.

The first photo was probably taken only a year or two after Marshall left. By this point, both Revell Hall and the carriage house had been converted into dormitories, and the latter was named Holton Hall in honor of Moody’s late cousin, Fanny Holton, who had been one of the first teachers at the school. Within 20 years, Revell Hall was expanded several times, with additions in 1904 and 1909. Both buildings continued to be used as dormitories until 1962, when Revell Hall was converted into administrative offices and Holton Hall became faculty apartments.

The Northfield property was subsequently sold to Hobby Lobby, which gave it to the National Christian Foundation in 2012. This organization transferred the bulk of the campus to Thomas Aquinas College in 2017, but gave ten of the buildings – including both Revell Hall and Holton Hall – to the Moody Center, which hopes to carry on the legacy of D. L. Moody here on the former campus. Today, despite the early 20th century additions to Revell Hall, neither of these two buildings look much different from when the first photo was taken over 125 years ago, and they stand as well-preserved examples of 19th century school buildings.