The house at 13 Washington Square West in Salem, around 1910. Image courtesy of the Library of Congress, Detroit Publishing Company Collection. 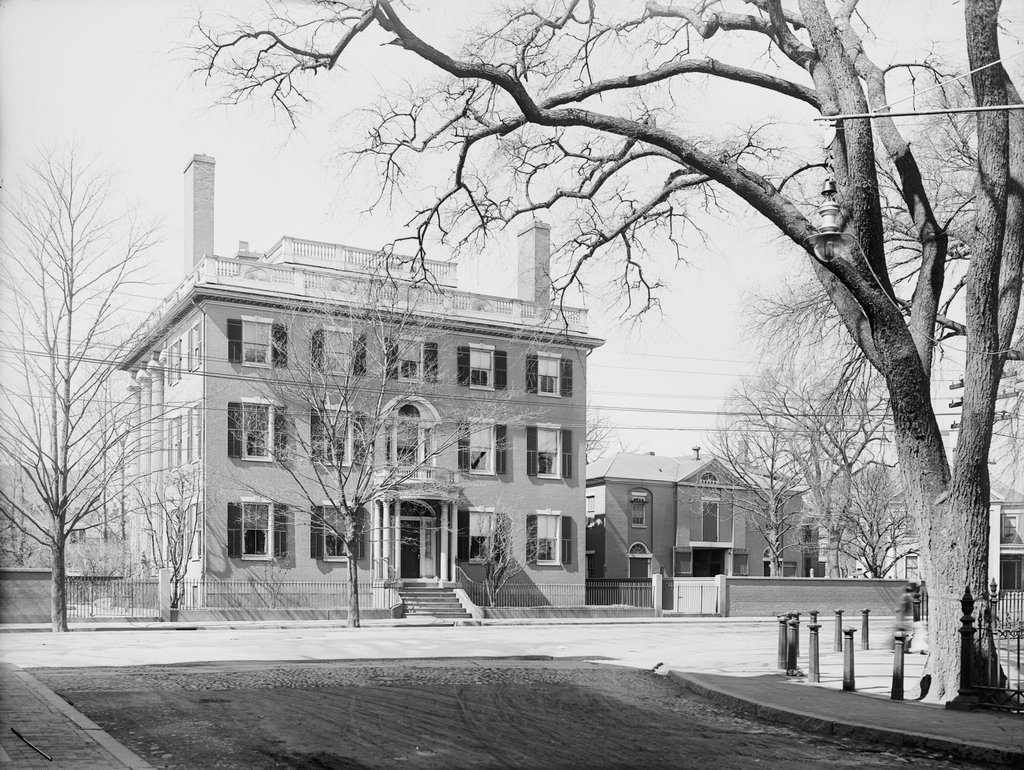 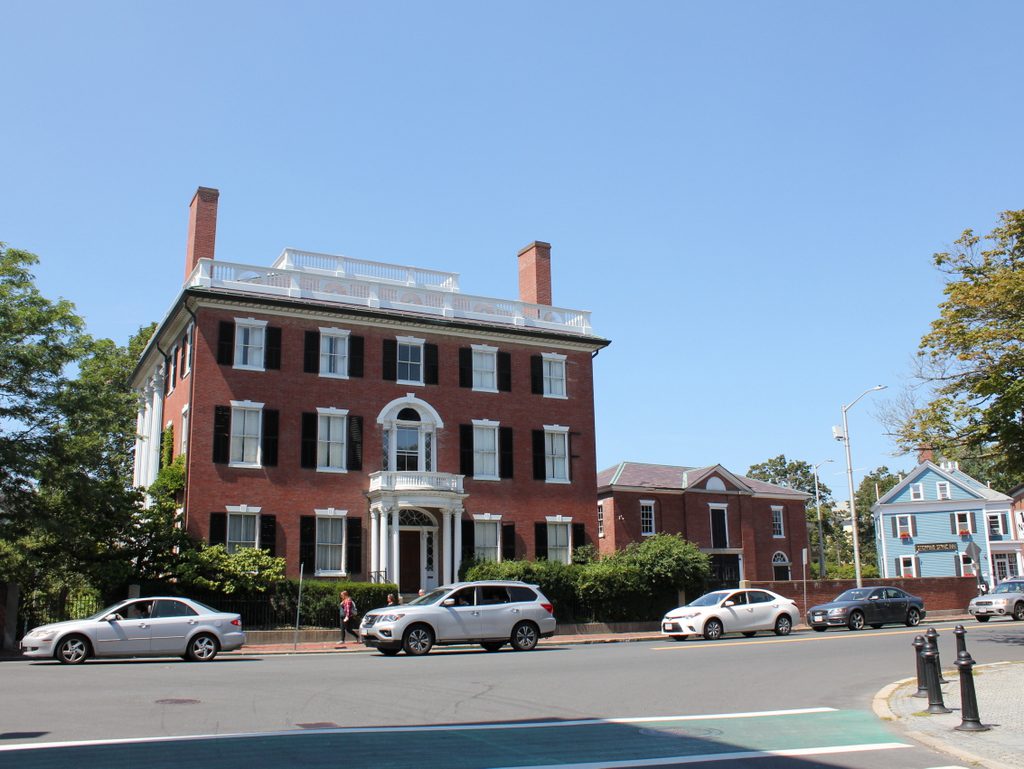 This house is one of many elegant Federal-style mansions that were built in Salem in the late 18th and early 19th centuries. The period coincided with Salem’s peak of prosperity as a seaport, and many of these homes were built for wealthy merchants. One of these merchants, John Andrew, built this house here at the southwest corner of the Salem Common in 1819. It was among the finest houses built during this period, and was reportedly the most expensive private home in New England at the time.

Like most other houses of the era, it has a square design, with three stories, a symmetrical front facade, and a hip roof that is partially hidden by a balustrade. However, it also has other decorative features that make it stand out from similar homes, including the decorative front porch, the Palladian window above it, and the four large columns on the left side. The house is also situated on a relatively large lot for downtown Salem, and the property includes a garden on the left side and a stable on the right.

John Andrew’s wealth had come through the Russian fur trade, but he subsequently fell on hard times after building this house. By the time he died a decade later, in 1829, he was in considerable debt. However, the house would remain in his family for many years, and his extended family continued to be prominent. His nephew, John A. Andrew, who often visited this house, went on to become governor of Massachusetts from 1861 to 1866, and Governor Andrew’s son, John F. Andrew, served two terms in Congress from 1889 to 1893.

The Andrew family sold this house in 1860, and it went through several ownership changes before being purchased by James O. Safford in 1871. Safford was a leather merchant, and his business interests also included serving as a director of the North Bank of Boston and the Naumkeag Steam Cotton Company. Along with this, he was elected to the city council for four consecutive years, serving from 1865 to 1868. During the 1870 census, which was taken shortly before he purchased this house, he had real estate valued at $10,000, with a personal estate of $8,000.

By the 1880 census, Safford was living here in this house with his wife Nancy, their teenaged children William and Elizabeth, and three servants. He died three years later, at the age of 63, followed by Nancy a decade later in 1893. Their children inherited the property, though, and the 1900 census shows both William and Elizabeth at the house. Elizabeth was married by this point, and lived here with her husband, McDonald White, and their two young children, Elizabeth and Osborne. The family also employed four most of them Irish immigrants, who lived here in the house.

The family was still living here when the first photo was taken around 1910. At the time, William Safford was a real estate broker, while McDonald White was a manager for the Houghton Mifflin Company. However, White was killed in a car accident in 1916, and Elizabeth’s two children moved out of the house sometime during the 1920s. Both the 1930 and 1940 censuses show Elizabeth and William living alone in the mansion except for a single servant, and they died a year apart in 1946 and 1947, after having lived in this house for nearly their entire lives.