The corner of Main and Race Streets in Holyoke, around 1891. Image from Holyoke Illustrated (1891). 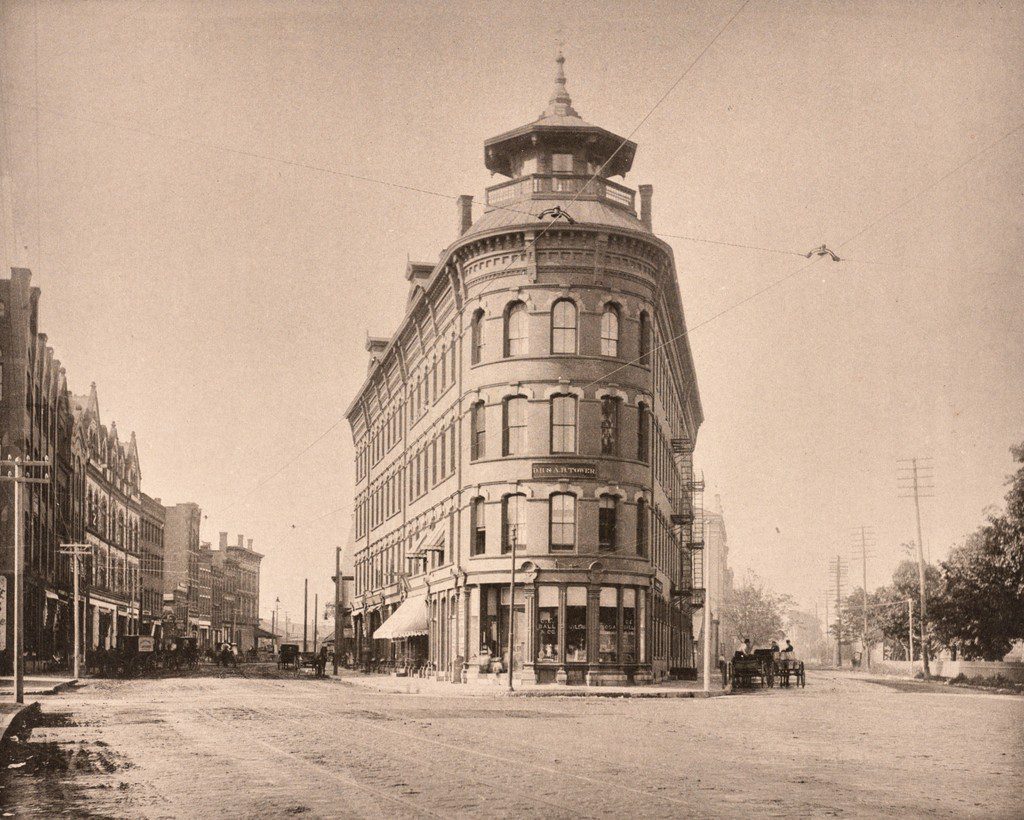 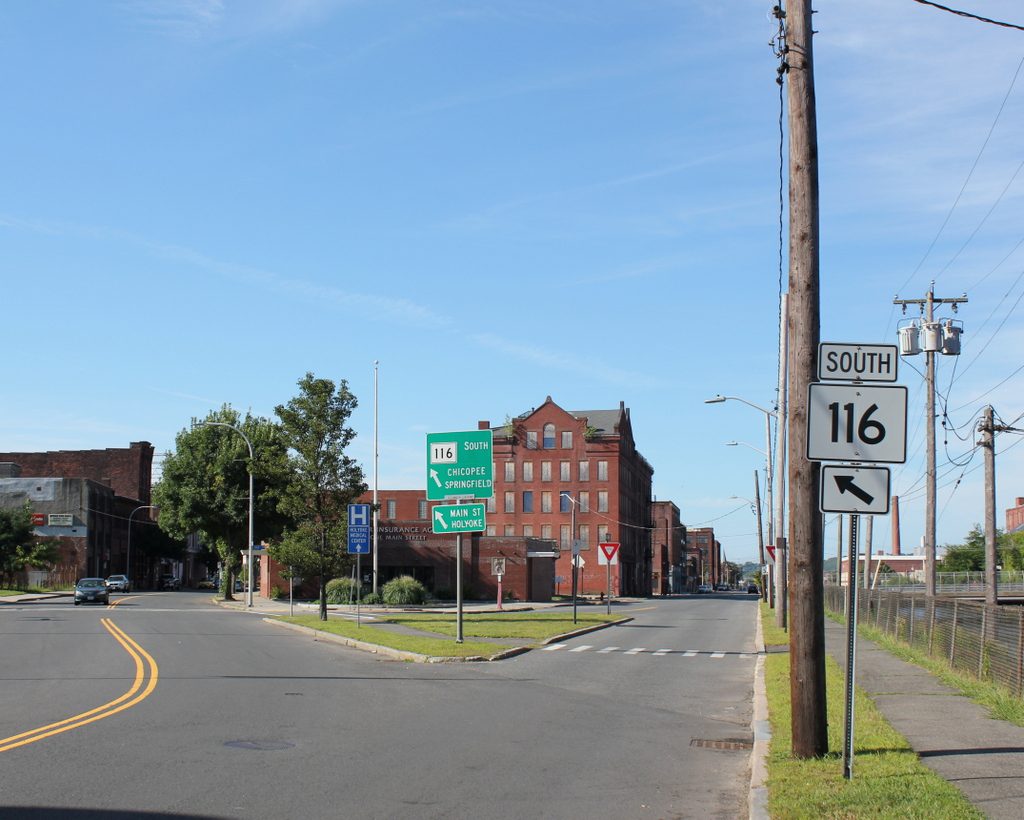 Long before the more famous Flatiron Building was built in New York City, Holyoke had one of its own. At only four stories, it was much shorter than the skyscraper in New York, but it was built on a similar triangular-shaped plot of land here at the corner of Main and Race Streets. It was completed sometime in the 1870s, and was originally owned by the Parsons Paper Company. Although formally known as the Parsons Block, it had acquired the nickname of the Flatiron Building by the early 1890s, a decade before the one in New York was completed.

The Parsons Paper Company was the oldest paper mill in the city, and had a factory a few blocks away on Gatehouse Road. The company rented space in the Flatiron Building to a variety of commercial tenants, including several stores on the ground floor. Among these was the C. E. Ball & Co. drugstore, which occupied the prominent storefront at the “point” of the building when the first photo was taken. The business later became the drugstore of Charles E. Bardwell, and was located here in this building during the early 20th century.

Also visible in the first photo, just above the second story windows, is a sign advertising the architectural firm of D. H. & A. B. Tower, which had its offices here in the building. The firm was comprised of brothers David H. and Ashley B. Tower, and they specialized in designing factories, including paper mills. Their works included many of the factory buildings here in Holyoke, but they also designed buildings across the country and internationally, with some as far away as Europe, Brazil, and India. The brothers were in business together from 1878 until 1892, when Ashley purchased his brother’s interest in the firm. He would continue to have his offices here in the building for several more years, but moved the firm to New York City in 1897. A sketch in Picturesque Hampden, published in 1892, provides a description of the offices here in Holyoke:

Mr. Tower’s office itself is one of the best possible for its purposes. It is located in what is known as the “Flatiron Block,” at the junction of Main and Race streets, a few rods from the Connecticut River railroad, and occupies the norther portion of the second story. On the eastern side, with entrance near the head of the stairway, is the suite of apartments occupied by Mr. Tower and his draughtsmen and assistants, beyond which is a private apartment or consultation room. A long-distance telephone is at hand in a convenient closet. The draughtsman’s room is on the west side of the block, into which one steps directly from the general offices, and is one of the finest apartments for the purpose imaginable.

In 1899, the Parsons Paper Company was acquired by the American Writing Paper Company, a trust that included many of the paper mills in Holyoke and elsewhere. The Flatiron Building became the corporate headquarters, and its offices were located here throughout the first half of the 20th century. During this time, American Writing Paper sought to compete with other paper trusts, including International Paper, which had been formed a year earlier in 1898. At one point, American Writing Paper produced about 75 percent of the country’s fine paper, but the company was ultimately plagued by many years of mismanagement and labor problems. Its offices remained here in this building until 1952, and by the 1960s the assets of the once-powerful company were liquidated.

Different sources give conflicting dates for when the Flatiron Building was demolished. This may have occurred in either the 1950s or 1960s, but, according to city records, the present-day building on the site was constructed in 1953, suggesting that the Flatiron Building was demolished soon after American Writing Paper relocated its offices. Today, very little is left from the first photo. The former location of the Flatiron Building is now the site of two nondescript one-story buildings, and most of the buildings on the left side of Main Street are also gone, except for a few in the distance near the corner of Dwight Street. Near the center of the photo is the Hotel Hamilton, which was also once owned by the Parsons Paper Company. The historic building is still standing, but it has been altered over the years, and it is now boarded up and abandoned.