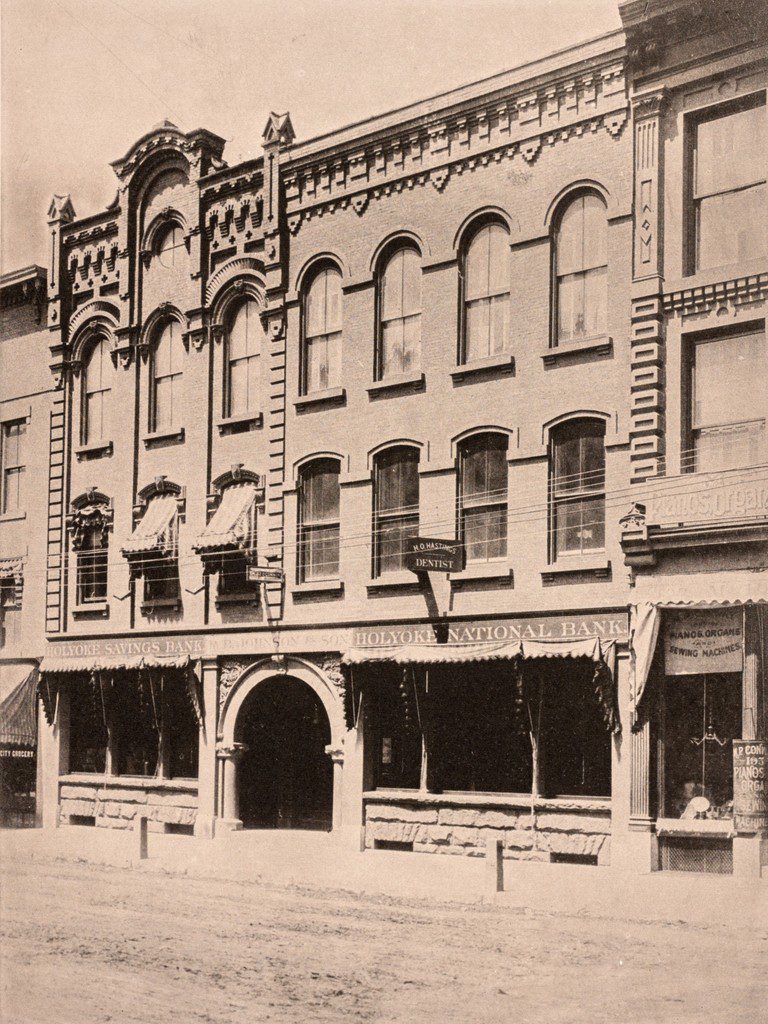 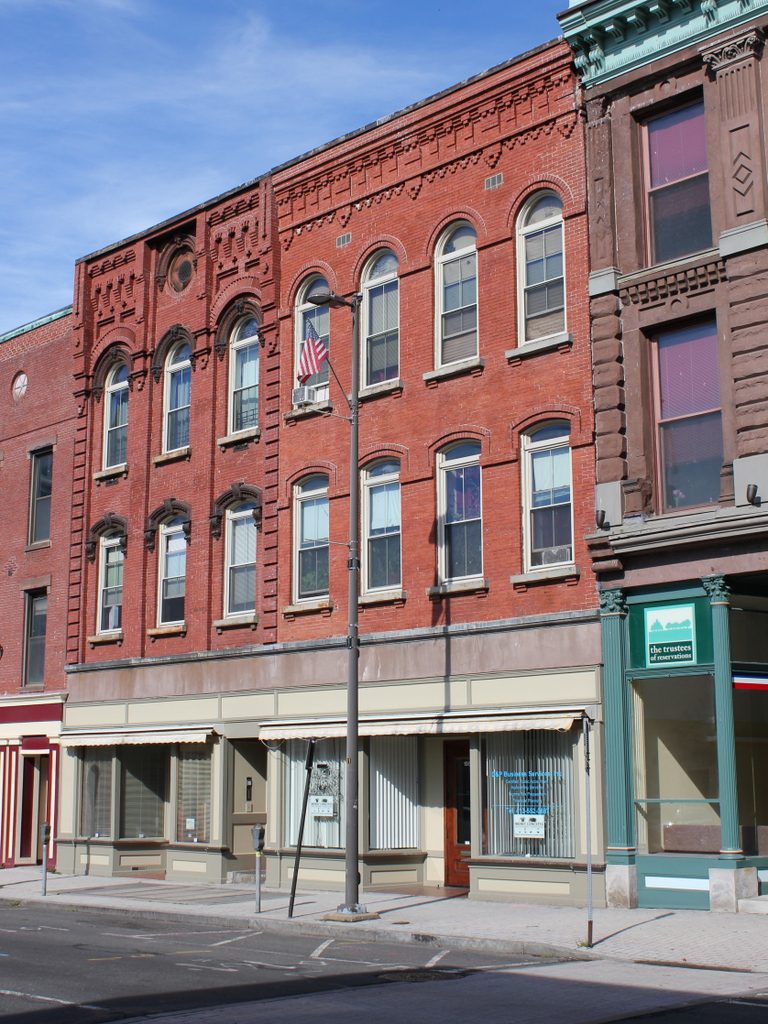 According to the National Register of Historic Places inventory for the North High Street Historic District, these adjoining three-story brick buildings were built around 1880. However, they may actually date back to about a decade earlier, since they are mentioned in directories from the early 1870s. They were originally owned by Robert B. Johnson, an insurance agent whose offices were located here in the building. He also rented space to other tenants, including the Holyoke Savings Bank on the left side and the Holyoke National Bank on the right, as seen in the first photo. Above the arched entryway in this photo is a sign for “R. B. Johnson &  Son,” and hanging from the second floor is a sign for  “M. O. Hastings Dentist.”

Aside from his insurance business, Johnson was also involved in both of these banks. He served as treasurer of the Holyoke Savings Bank from 1866 until his death in 1899, and he was also the first vice president of the Holyoke National Bank, upon its establishment in 1872. He later became the president of the bank in 1896, and served in that role for the last three years of his life. Following his death, his son Charles W. Johnson succeeded him as treasurer of the savings bank, and he also carried on the insurance business here in the building on the left side.

The Holyoke National Bank was located here until the early 1910s, when it moved to a new location at the end of the block, at the corner of Dwight Street. Then, in 1915 the savings bank purchased both buildings, allowing it to double its available space by expanding into the side that had been vacated by the national bank. However, the savings bank was only here for another decade or so, before moving into a new building that still stands a few blocks away at 143 Chestnut Street, at the corner of Suffolk Street. Later renamed Vanguard Savings Bank, it would remain at the Chestnut Street location until 1992, when it was absorbed by Fleet Bank.

In the meantime, the bank’s former location on High Street is still standing, although both of these buildings have seen some changes over the years. The ground floor has been significantly altered, with three different doors instead of the central arch, and the building on the left side has lost much of the ornamentation above the third floor. However, both buildings are still easily recognizable from the first photo, and they are among the many historic late 19th century commercial blocks that still stand here on this part High Street.