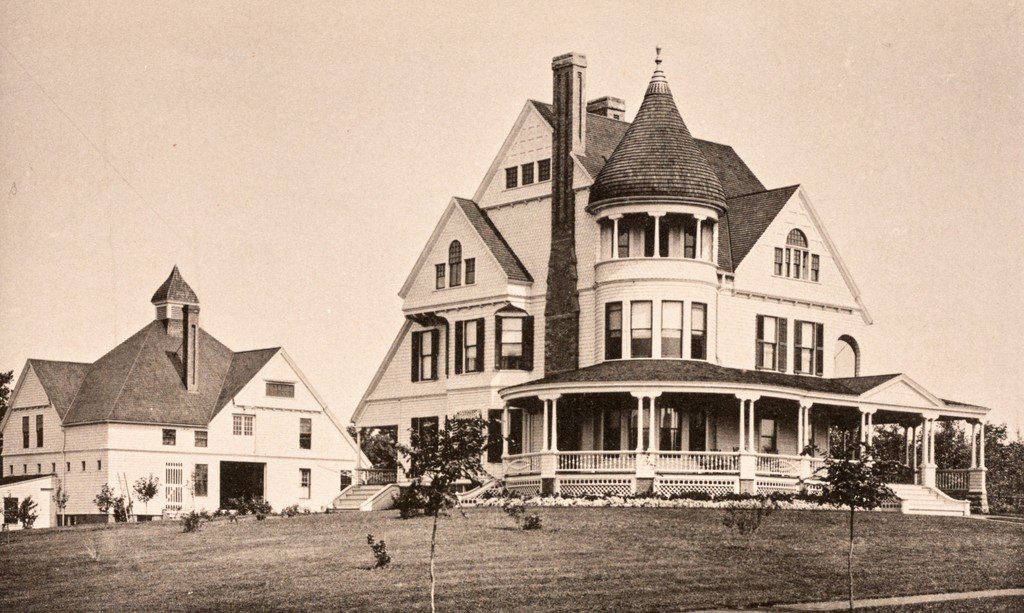 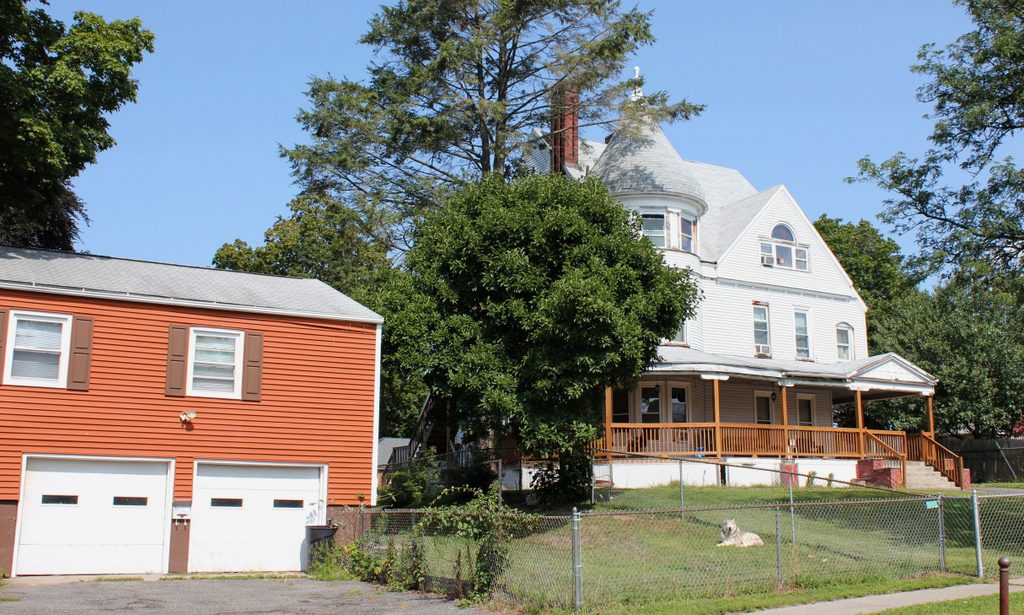 This house was built in 1890 as the home of real estate developer Oren D. Allyn, and, like many of the other elegant homes in Holyoke during this period, it was designed by noted local architect George P. B. Alderman. The house incorporated many Queen Anne-style elements, including an asymmetrical design, a complex roofline, a large front porch, and a tower on one corner of the house. It was accompanied by a matching carriage house behind it, and the property originally extended to Sycamore Street in the back and Hampshire Street on the left.

Oren D. Allyn was born in Holyoke in 1853, and as a young man he worked in his family’s meat market on High Street, with city directories variously listing him as a clerk, salesman, and bookkeeper. However, by 1885 he had entered the real estate business, and began developing much of the Oakdale neighborhood. This area, at the western end of downtown Holyoke’s street grid, had been laid out in the mid-19th century, but it was not until the 1880s that the city’s growth reached this neighborhood.

Allyn’s father, Anderson Allyn, owned a large plot of land in this section. The 1884 city atlas shows the property line running diagonally to the street grid, starting near the corner of Beech and Franklin Streets and ending near the corner of Essex and Pleasant Streets. The land covered much of the area now bounded by Beech Street, Franklin Street, Hampshire Street, and Magnolia Avenue, and in the coming years Oren Allyn built over 300 homes in the neighborhood, including his own house here on Locust Street.

Aside from his work in real estate development, Allyn also served on the city’s board of public works from 1899 to 1906. He supported the City Beautiful movement of the era, and during his time on the board he encouraged projects such as planting trees along the city’s streets. He put these ideas into practice in his own expansive yard as well, including cultivating a large rose garden here. The first photo was taken only about a year after the house was completed, but by this point the left side of the scene was already dotted with a number of recently-planted trees and bushes.

The completion of this house coincided with Oren’s 1891 marriage to Alice Ladd, and he lived here for the rest of his life. He and Alice did not have any children, but they shared the house with Alice’s family. By 1900, her mother Augusta and sister Mabel were both living here. Augusta died in 1904, and Mabel was no longer here by the 1910 census, but by that point Alice’s widowed brother Wilbur was living here with his three sons. Wilbur had moved out before the 1920 census, but his sons were still living here at the time. Oren died in 1929, at the age of 75, and Wilbur subsequently returned to this house in order to live with his sister. He died in 1935, and Alice moved out of the house in 1939.

The property was later subdivided, and today two houses stand on the left side of the house, on Hampshire Street. The carriage house is gone, along with Allyn’s rose garden and other landscaping, and in the mid-20th century the wooden clapboards were covered with green asphalt shingles. These shingles have since been removed, but other exterior changes have included enclosing the top of the tower and replacing the railing and posts on the front porch. A fire escape, only partially visible in the 2017 photo, has been added to the left side of the house, and the interior is now divided into eight apartment units. However, the house still stands as one of the many elegant mansions that were built in Holyoke during the late 19th and early 20th centuries.