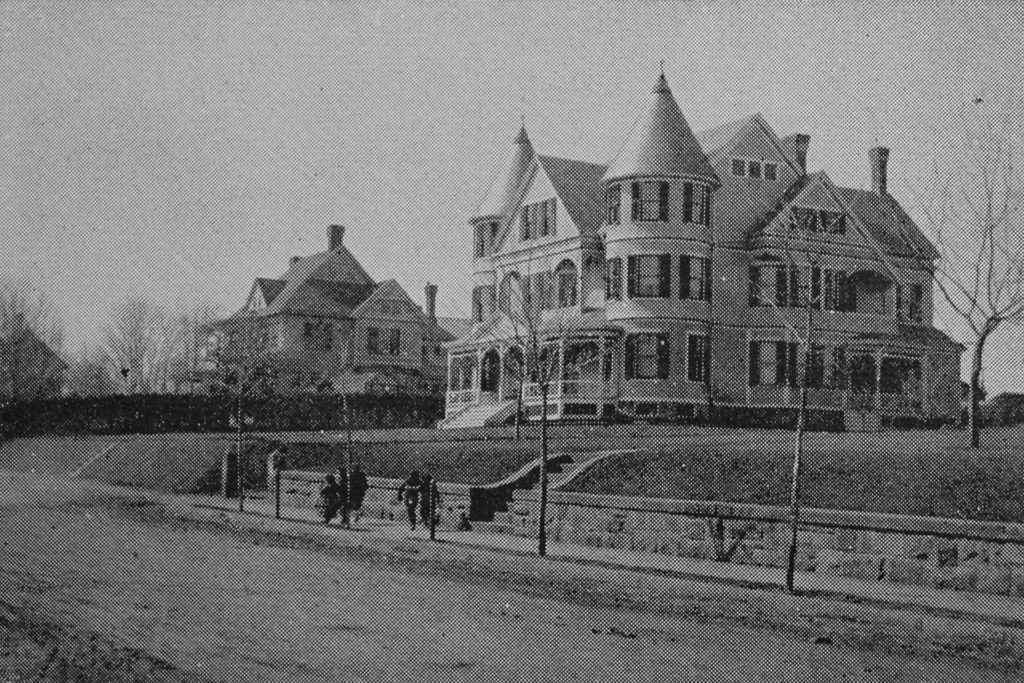 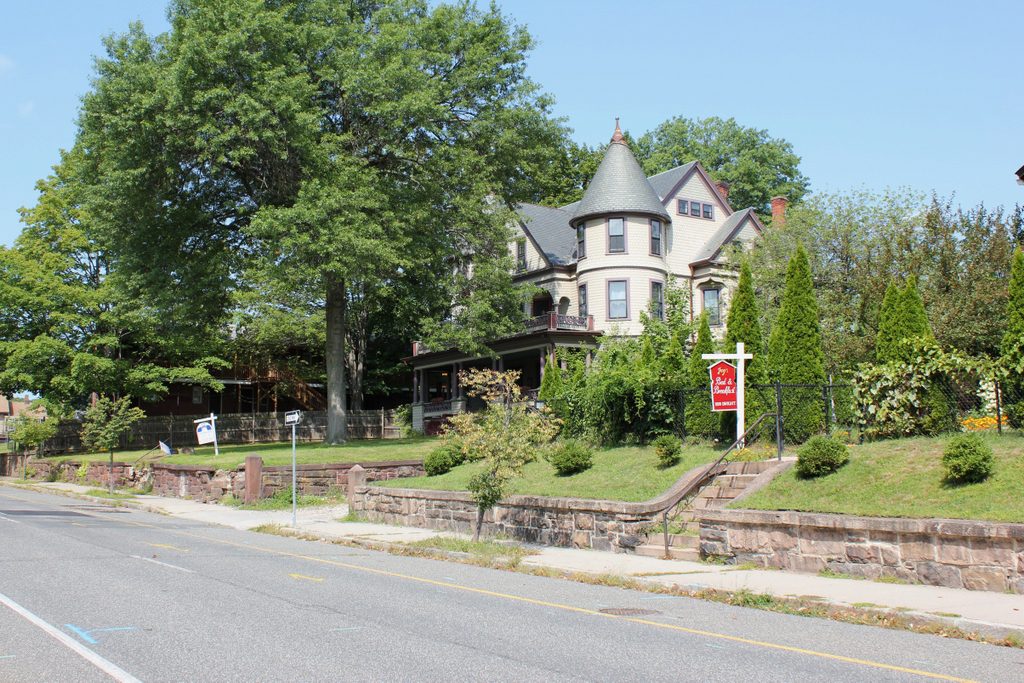 This two-family, Queen Anne-style house was built in 1891, shortly before the first photo was taken, and was designed by noted Holyoke architect George P. B. Alderman. The house was apparently numbered 287 Dwight Street at the time, before the current numbering system was adopted in the first decade of the 1900s, and was originally the home of carpenter and contractor Michael Cleary and his family. Michael only lived here for a few years, before moving to a house on Northampton Street, but other members of the Cleary family remained at this house for many years.

By the 1900 census, the house was occupied by five siblings: Thomas, Margaret, Dennis, John, and William Cleary. Their ages ranged from 29 to 42, and all were single except for the youngest, William, although his wife was not listed here on the census. All five of them were born in the United States to Irish immigrants, and both Thomas and Dennis were liquor dealers, in the firm of Thomas M. Cleary & Co. The company was located on Maple Street, and according to an advertisement in the 1905 city directory they were:

The 1910 census shows Thomas and Margaret still living here. Margaret had married by this point, to dry goods store clerk Thomas Fitzgerald, and they lived here with their two young children, Claire and Thomas. Thomas Cleary was still in the liquor business, along with Michael Cleary, and he continued to operate his firm on Maple Street until his death in 1917. As it turned out, Prohibition went into effect only three years later, and by the early 1920s the company was evidently out of business.

Thomas and Margaret Fitzgerald were still living here in this house by 1920, along with their children and Margaret’s brother, John Cleary. Thomas died at some point in the 1920s, but the rest of the family was still living here during the 1930 census. The property was valued at $25,000 (about $380,000 today) and she rented the right side of the two-family home to Walter Shean, who lived here with his wife Rose and their son Joseph. They paid $100 in monthly rent (about $1,500 today), which was more than double what most of their neighbors were paying at the time.

Margaret and her children, Claire and Thomas, were still living here during the 1940 census, and the house would remain in the family for many more years. Both children lived here for the rest of their lives, until Claire’s death in 1978 and Thomas’s in 1985. The house was subsequently sold out of the Cleary-Fitzgerald family for the first time in nearly a century, but it is still standing today, with a well-preserved exterior that has not changed significantly in 125 years since the first photo was taken. The house further in the distance is gone, having been replaced by a modern apartment complex, but other elements from the first photo are still here, including the retaining wall and steps on the right side of the scene.