The Odlin-Otis House at 109 Spring Street, at the corner of Mary Street in Newport, in 1924. Image courtesy of the Providence Public Library. 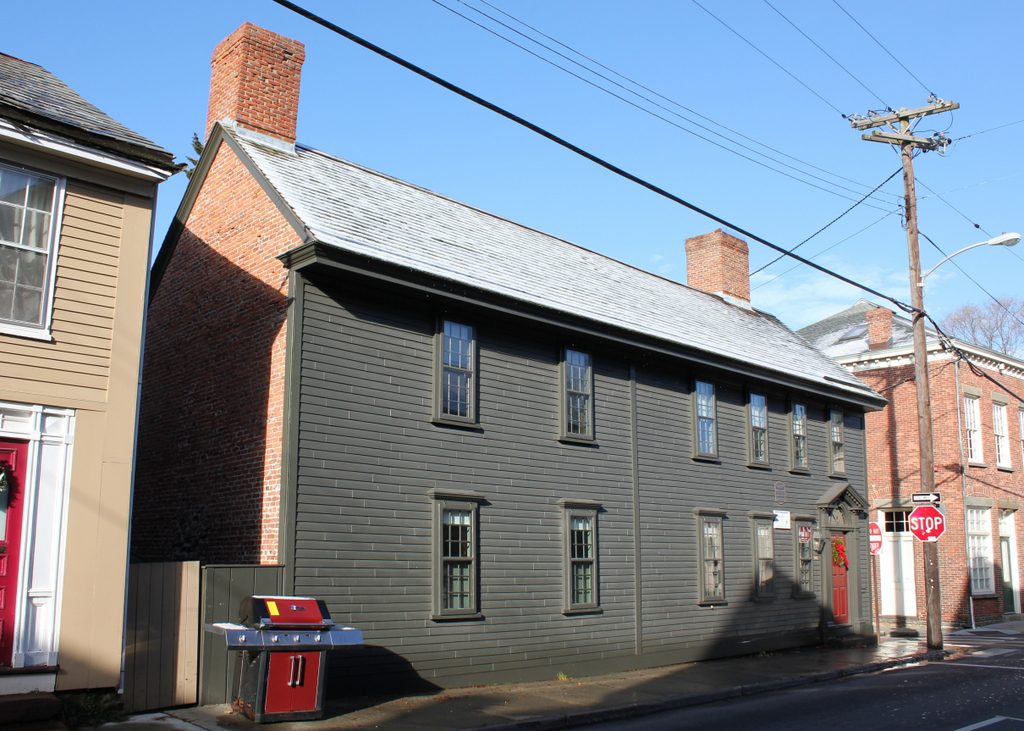 The streets of downtown Newport are lined with many historic colonial-era buildings, including this house at the corner of Spring and Mary Streets. It was originally owned by John Odlin, who purchased the property in 1705 and evidently constructed the house shortly afterward. The house was subsequently expanded several times in the early 18th century, creating a long, narrow house with a highly asymmetrical Spring Street facade. Other early owners of the house included Jonathan Otis, a silversmith who was here around the time of the American Revolution.

At some point during the 19th century, the house was divided into two units, with two front entrances on the Spring Street side, as seen in the first photo. This arrangement continued throughout much of the 20th century, and at some point the exterior was covered in artificial siding. Despite these changes, the house remained as one of the oldest surviving buildings in Newport, and in 1968 it became a contributing property in the Newport Historic District. Four years later, it was purchased by the Newport Restoration Foundation, an organization that has been responsible for saving dozens of historic properties in the city. The Odlin-Otis House was restored in 1976-1977, and today it stands in far better condition than it was in when the first photo was taken nearly a century ago.