The Perry Mill, looking north along Thames Street from the corner of Fair Street in Newport, around 1902. Image courtesy of the Providence Public Library. 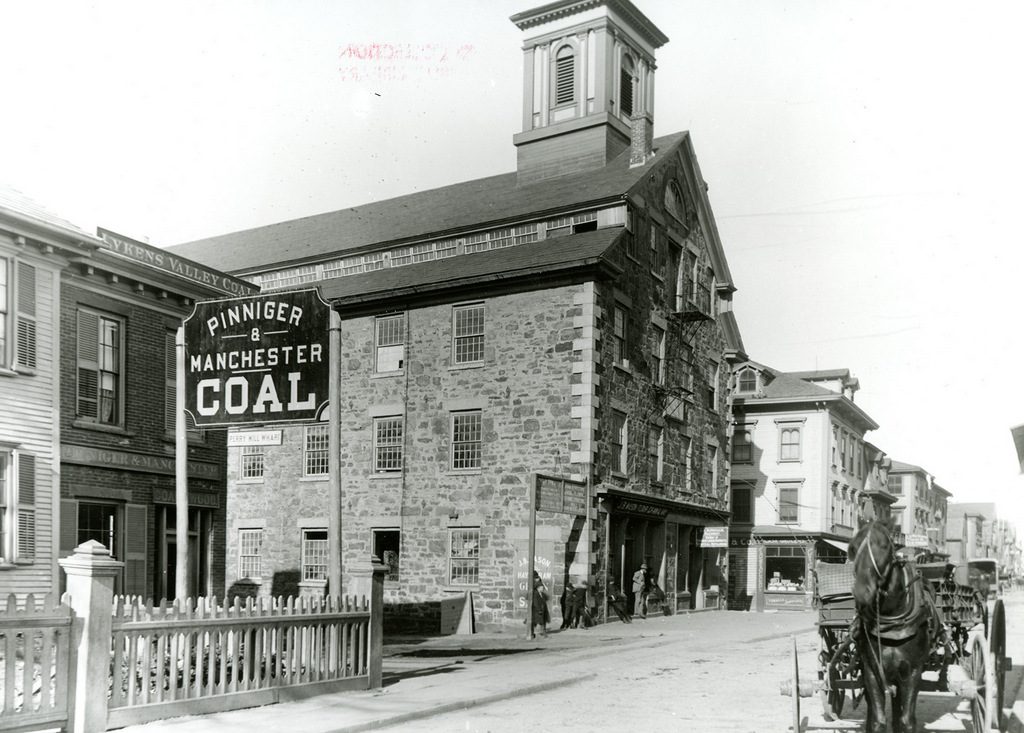 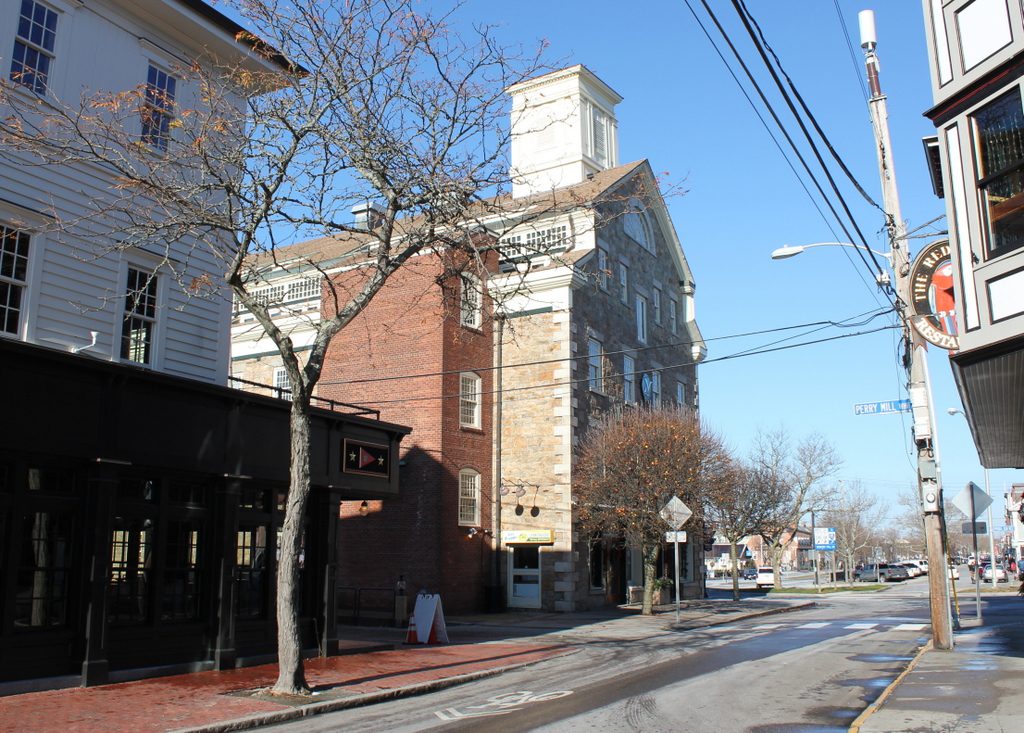 As discussed in the previous post, the Perry Mill was built in 1835, on Thames Street in the southern part of downtown Newport. It was originally a textile mill, and was one of several such mills built during this period, in an effort to revive the city’s struggling economy. Newport’s shipping business had fallen on hard times since the American Revolution, and the Perry Mill was an attempt to compete with New England’s rapidly-growing industrial cities. However, Newport’s location on an island in the middle of Narragansett Bay proved a barrier to railroad transportation, and its fledgling manufacturing base never achieved the prominence of nearby mainland cities such as Providence and Fall River.

Despite this, Newport’s economy did ultimately recover, largely through becoming a Gilded Age summer resort community. By the time the first photo was taken at the turn of the 20th century, some of the wealthiest families in the country had summer homes here in Newport, although most of these were to the south of the downtown area. This section of Thames Street remained decidedly working-class, as shown by the businesses here, which included a coal dealer on the left, a flour and grain dealer on the ground floor of the Perry Mill, and a grocer in the building just beyond the mill.

Today, much of this scene has changed, particularly the buildings just beyond the Perry Mill, which were demolished in the mid-20th century to build America’s Cup Avenue. The mill building itself also underwent some changes, with the removal of the gabled roof and fourth floor. For many years, the property was owned by General Electric, but it was subsequently converted into retail use, and the upper part of the building was reconstructed. The brick section on the left side is also a 20th century addition, but otherwise the only noticeable sign of change is the slightly different shade of stone between the three lower floors and the fourth floor.