Looking north on Spring Street from the corner of Prospect Hill Street in Newport, around 1888. Image courtesy of the Providence Public Library. 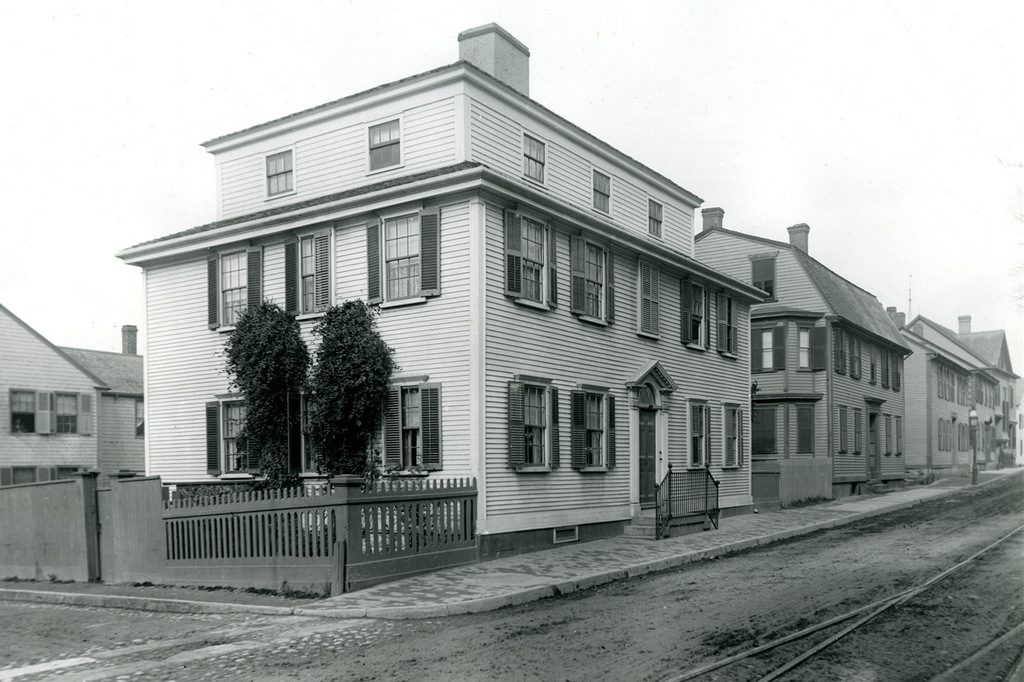 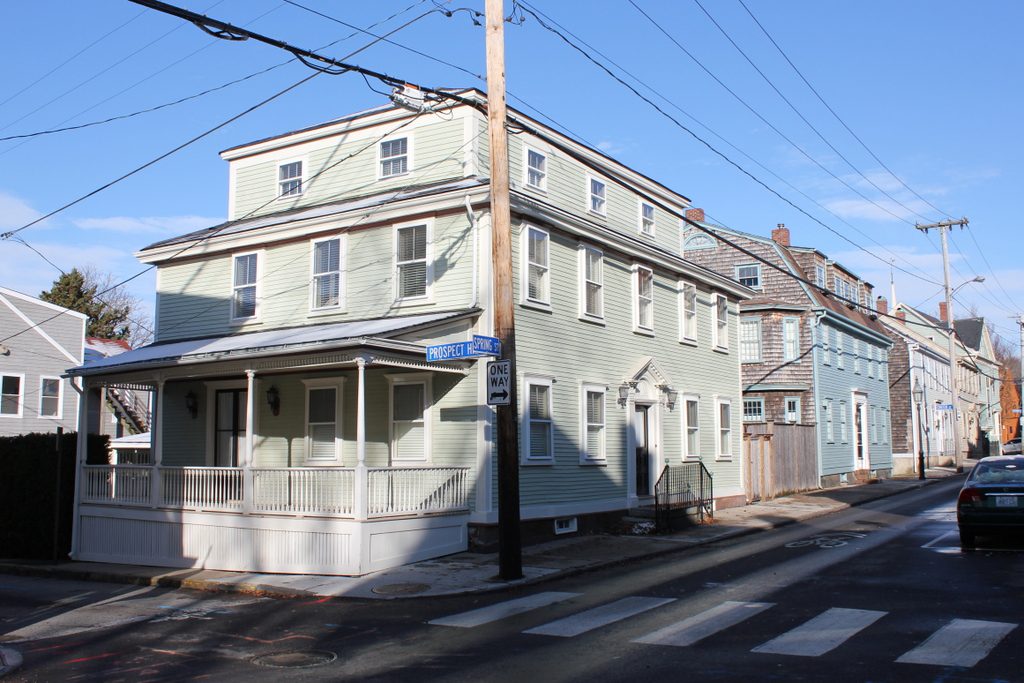 Downtown Newport has a remarkable collection of historic buildings from the 18th and early 19th centuries, but few street scenes have remained as well-preserved as this block of Spring Street. Aside from the addition of pavement and telephone poles, there are hardly any differences between these two photos, which were taken nearly 130 years apart. However, these buildings were already old when the first photo was taken, so it has been nearly 250 years since there were any major changes to this scene.

Most of the buildings in this scene date back to the mid to late 18th century. Starting in the foreground, at the corner of Spring Street and Prospect Hill Street, is the Lyn Martin House, which was built sometime between 1758 and 1777. The next two houses were also built during this same time period, including the Robert Brattle House at 209 Spring Street, and the Benjamin Howland House further in the distance at 205 Spring Street. Just beyond the Howland House is the Cremin House at 199 Spring Street, which was somewhat newer than its neighbors, having been built around 1785-1790. However, the newest building along this section of Spring Street is the William N. Austin House, which is barely visible on the far right side of the scene. It was built in 1883 at the corner of Spring and Pelham Streets, and replaced a very modest colonial-era building that once stood on the site.

With the exception of the Austin House, all of these buildings date back to Newport’s golden age as a prosperous seaport in the 18th century. However, the American Revolution caused irrevocable harm to Newport’s shipping industry, and the city experienced a long economic decline throughout the first half of the 19th century. As a result, though, there was very little new development in the city during this period, which may have helped contribute to the survival of so many colonial-era buildings, including these ones along Spring Street.

By the time the first photo was taken around 1888, Newport has reinvented itself as one of the nation’s premier resort communities, with the Vanderbilts, Astors, and other Gilded Age families spending their summers in palatial seaside homes. Most of this development was occurring in the southern part of Newport, leaving the downtown area largely intact as a quaint reminder of the city’s past. There are a few signs of progress, including the trolley tracks on Spring Street, but otherwise the scene looks much the same as it would have been a century earlier.

Today, all of the buildings from the first photo are still standing, with only a few significant alterations. The most obvious of these is the addition of the porch on the left side of the Martin House, but other changes include the dormer windows atop the neighboring Brattle House. Further in the distance, there are no noticeable changes to the Howland House, but it is now operated as the Howland House Inn. Along with much of the surrounding area, these buildings are now part of the Newport Historic District, which was designated as a National Historic Landmark in 1968.