The house at 1135 Worthington Street in Springfield, around 1938-1939. Image courtesy of the Springfield Preservation Trust. 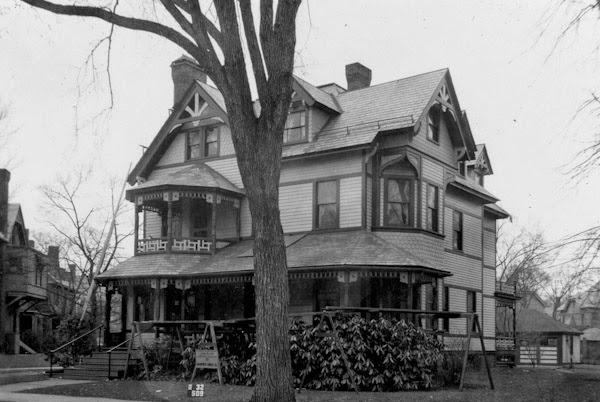 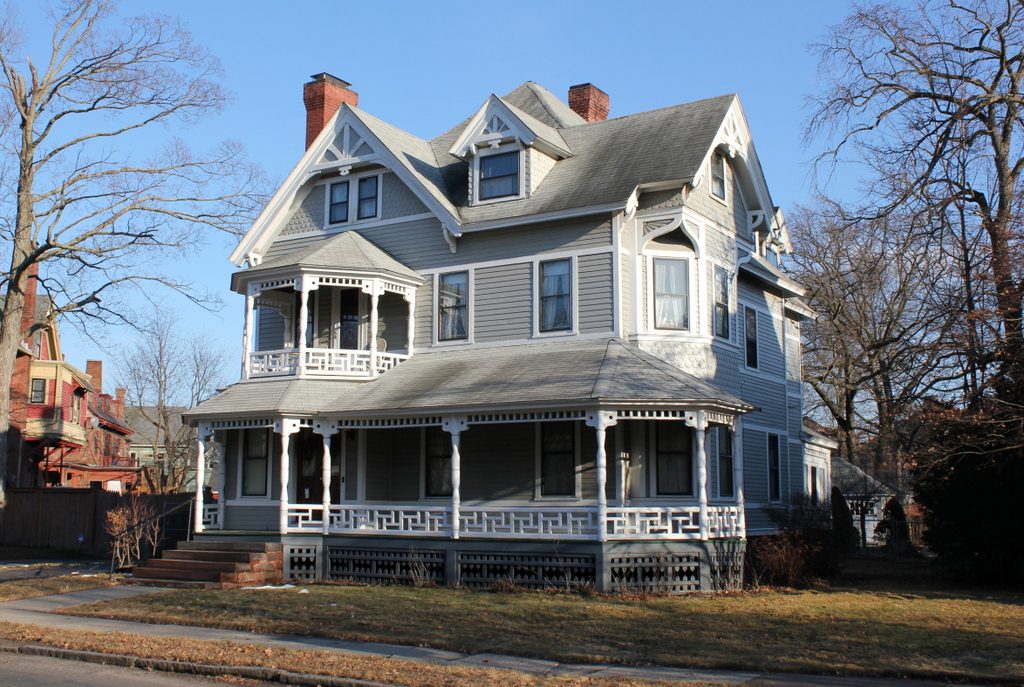 This elegant Queen Anne-style house was built in 1887 as the home of Dr. Nathan Adams, his wife Elizabeth, and their son, Nathan, Jr. An 1834 graduate of Yale, Dr. Adams came to Springfield in 1838, where he practiced medicine for many years. Later in life, he lived in New Haven for some time, but ultimately returned to Springfield. He was in his mid-70s when he and his family moved into this house, and he was only able to enjoy it for about a year before his death in 1888. Soon after, Elizabeth moved around the corner to a new, even larger house at 28 Ingersoll Grove, where she remained until her death in 1908.

By 1890, this house on Worthington Street was the home of Emily Jacobs, the widow of another noted physician, Dr. Horace Jacobs. She lived here until her death in 1898 at the age of 77, and her daughter Mary inherited the property. She was unmarried, but early 20th century census records show her living with several other family members, including her nephew Horace Rice, who was here in 1910, and her brother Chauncey A. Jacobs, who was here in 1920. Like his father, Chauncey was a physician, but he was 76 years old and evidently retired by this point. Both siblings lived here for the rest of their lives, until Chauncey’s death in 1923 and Mary’s in 1927.

The next owner of this house was David E. Tebo, a former woolen mill manager who had previously lived in Enfield, Massachusetts. He came to Springfield in the late 1920s, and his relocation was likely spurred by the imminent construction of the Quabbin Reservoir, which would flood Enfield and three other neighboring towns. The 1930 census shows him here in this house, along with his daughter, Anne T. Blair, who was an attorney. Both were still living here when the first photo was taken in the late 1930s, and David Tebo died a few years later in 1945, when he was about 90 years old.

Anne Blair continued to live here until 1969, when she finally sold the property about 40 years after she and her father had moved in. The house has remained well-preserved since then, on both the exterior and interior, and it stands as an excellent example of the many fine Queen Anne-style homes that were built in the McKnight neighborhood during the late 19th century. Along with the other houses in the area, it is now part of the McKnight Historic District, which was added to the National Register of Historic Places in 1976.